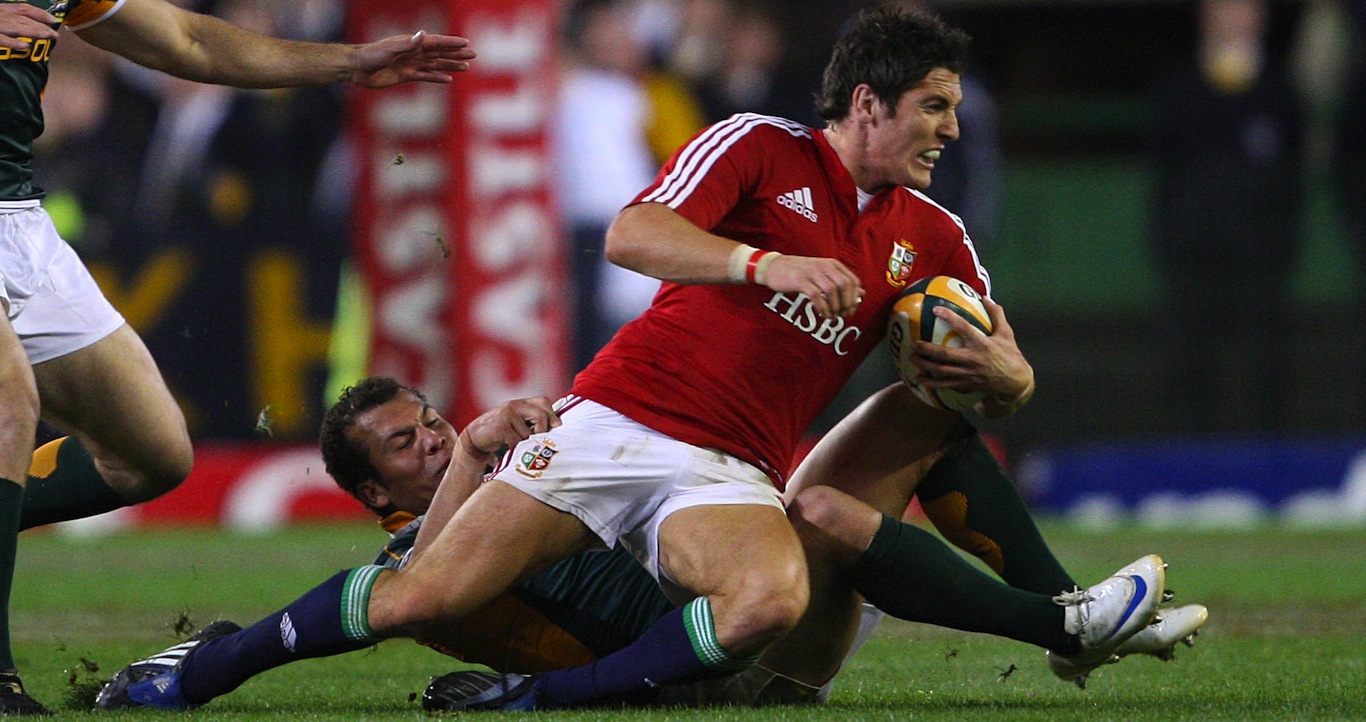 The Wales and Perpignan fly-half has been in red-hot form and offers versatility with the ability to cover several positions.

Having been a fringe player throughout Wales’ triumphant RBS 6 Nations campaign, Hook is seen as an outsider for the Lions.

But Sky Sports pundit Barnes reckons Hook is the best utility player in the world and insists leaving him out of the squad to tour Australia would be a travesty.

“We could witness rugby heresy this summer,” he said.

“If James Hook wears the red shirt of Wales in Japan rather than the Lions equivalent in Australia, the great Lions coach Carwyn James will turn in his grave.

“Hook is the most naturally gifted Welshman of his generation. To see his sleight of hand create something from nothing is to see that rarest of commodities in life – genius.

“A long-time world-class talent, neither the Wallabies nor the challenge would faze him.”

Barnes reckons 70-cap Hook has grown as a player in his time with Perpignan, who he joined from the Ospreys in 2011.

“He is loved by many Welsh fans for the dash and poetry of his game, but that same traditional magic has not always endeared him to a Welsh (and Lions) management that values virtues of a more hard-working and prosaic nature.

“In Catalonia he is building the earthier side of his often transcendental game.

“He is now a real star in Perpignan. His form has been consistently excellent for his club, with the basics in better shape than ever before.

“The instincts, if anything, have been subdued by the pragmatism that should count in his favour when the final selection meeting is held.

“If Jonathan Sexton can’t find his best form (maybe even if he can) Hook has the ability to rise from the ranks of the utility back and third fly-half, overtaking Owen Farrell in the process to become yet another Welsh Lions King, more in the mould of Barry John and Phil Bennett than Stephen Jones.”

Barnes, who toured with the Lions in 1993, reckons Hook was underused four years ago and hopes Gatland does not make the same mistake.

“The Lions made an error in omitting Hook from the 2009 tour,” he said.

“As a late replacement he played beautifully.

“Wales wasted him this season and are in danger of wrecking what should have been a wonderful international career.

“Some of the same men have it in their power to resurrect him at the highest level.

"Many assume the Lions will take only Sexton and Farrell as specialist fly-halves.

“Warren Gatland’s theory is the position is so important both men need time to hone their game.

“If Gatland thinks he can make do without a high-quality back-up to fill a potential hole he is plain wrong.

“Hook is the perfect fit for five reasons.

“First he is one of the most talented players available for selection.

“Third, if the Lions find the Jamie Roberts ‘up and at ‘em run through a brick wall’ school of rugby is getting them nowhere, Hook’s subtle angles and passes from inside centre could change the nature of the Lions game.

“Fourth, anyone who saw him tear England to pieces at Twickenham a few years ago will remember he was wearing the No. 13 shirt.

“Finally, he has proved himself an international full-back with a graceful counter-attacking game and grand, sweeping vision.

“There is no better utility player in Europe than Hook; his easy command of the game enables him to slot in comfortably anywhere while his hard-nosed French sojourn has added a realistic edge to his game.

“He may not be named in anybody’s Test XV but if the Lions selectors decide that Australia rather than Japan is his appropriate summer location bet on him playing Test rugby.

“More than huff, puff and pure power will be needed to win this series.

“When the tour party in announced, the inclusion or exclusion of Hook will indicate whether the selectors understand how to win a series against the Wallabies.”