After two tours and now 12 matches, Paul O'Connell finally experienced the thrill of scoring a try for the British & Irish Lions. [more] 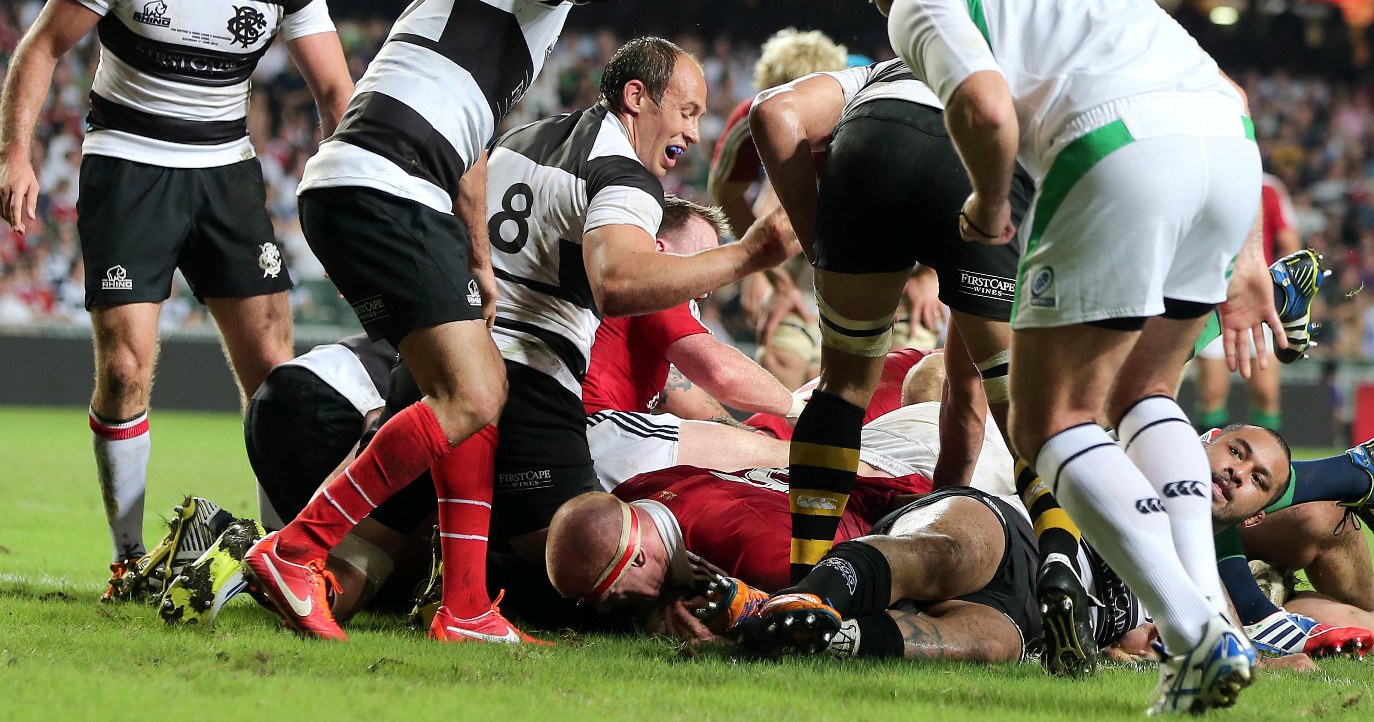 After two tours and now 12 matches, Paul O’Connell finally experienced the thrill of scoring a try for the British & Irish Lions.

Not only that, the stand-in skipper celebrated the launch of his third tour by scoring the first try of the 125th anniversary  after 28 minutes in the 59-8 win over the Barbarians in Hong Kong.

“I’m delighted to get the win and to win well. I was worried after the Baa-Baas game against England – I expected a backlash, but we were very focused with another six weeks ahead of us,” said O’Connell

“It was incredibly difficult – probably the most difficult I have ever played in anywhere. It was hard to recover and the heart rate never went down in the heat. But it is good for us having had that game because it will be good for us moving forward on the tour.

“We wore them down in the first half and the tries came a bit easier in the second. The set-piece is a massive part and the scrum more than anything else.

“If you are dominant at the scrum and get penalties, that’s three points or 50 metres. That sets a massive platform. They had nothing to play off and we had a lot and a few points.

“The conditions were so hard. The Barbarians are a good side but maybe mentally they weren’t in the same place as us. The individuals in Australia are all going well in the Super 15 and they will be very strong.

“We just wanted to get on with it. Up to now we’ve only been able to analyse training and we haven’t had any real stuff to work off. Just to get started is good.

“The tour really starts and takes off from here. Some of us have been in camp for three weeks and that’s a long time. The players realise the Barbarians didn’t play their best rugby, but there is a good buzz about the place now we’ve got a game under our belts.”