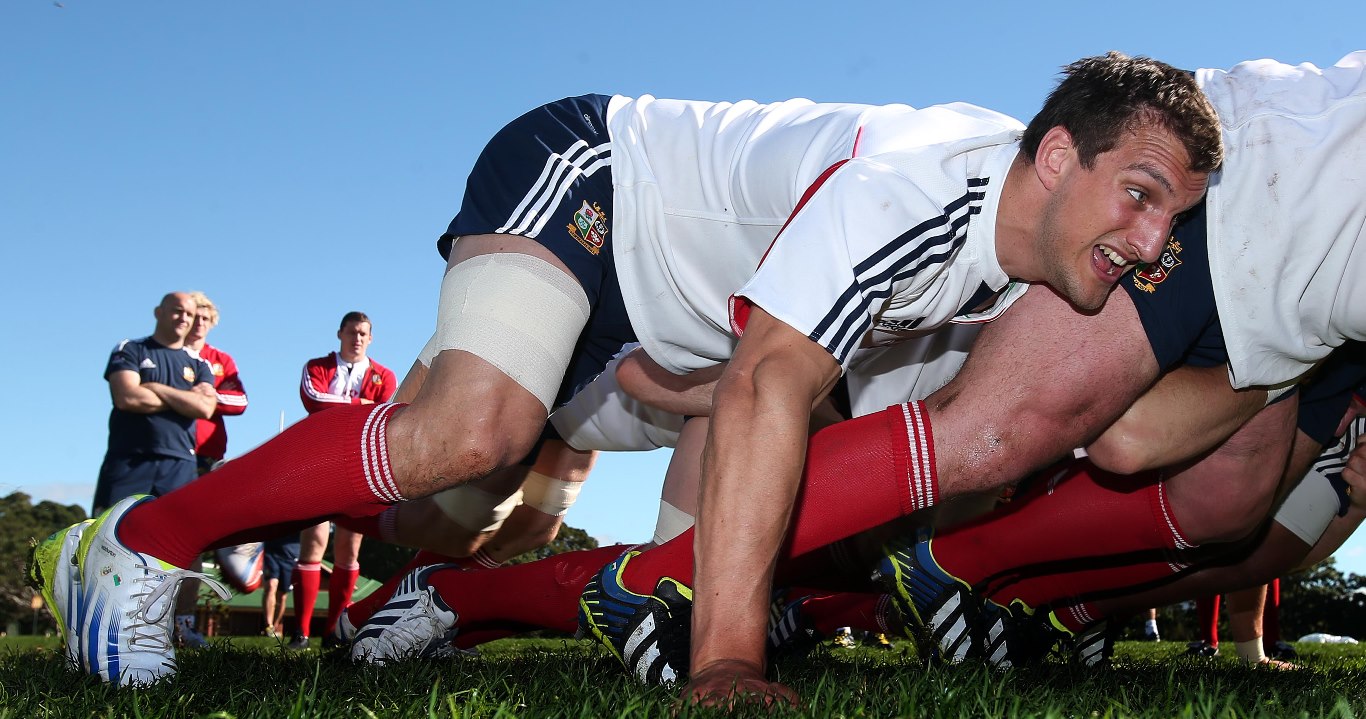 Waugh, who won 79 caps for his country between 2000 and 2009 and led the Tahs against The Lions 12 years ago, believes Warburton needs a strong showing in Sydney to enhance his captaincy credentials and cement a starting spot for the first Test in a week’s time.

“It’s a big game for him, a huge game for him. Not only as a player but as a captain and how he leads the team,” said Waugh, who sees Warburton lining up alongside Tom Croft on the flanks in Brisbane.

“It’s a big occasion for the tour in terms of the leadership and what direction the team and the squad goes in.

“I’ll be very surprised if they don’t go with Warburton for the first Test. The importance of the captain and of that leadership is critical to whether you succeed.

“It was a big call to make him captain. I haven’t watched a lot of European rugby but he’s only been on the scene for a very short period of time. To be a good captain, you’ve got to believe that you should the captain – that’s a big part of it.

But it’s not just Warburton who has a huge day ahead according to Waugh.

Having captained the Tahs in the 2001 tour game and been a part of the squad until as recently as 2011, Waugh knows all about how much this fixture will mean to everyone involved with the New South Wales side.

“It’s huge. I was captain for that game in 2001 and it was such a huge event. It probably wasn’t until after retiring, looking back and with The Lions coming out here, that you realise how big a game it was,” added Waugh.

“For a lot of the guys, this game will be one of the biggest games of their career. They’ll look back at it and have memories that last, whatever happens during the game. It’s a huge responsibility and a huge chance for them to go out and do something special.

“I genuinely believe that the guys understand that and recognise that. There are a lot of guys who have been around for a while and they’ll probably remember the 2001 game as well.

“It’s a huge responsibility for the Waratahs to go out and perform well, and perform tough.”

Tough is exactly what Waugh expects the game to be as far as The Lions are concerned, both in terms of the result and the physical challenge throughout the full 80 minutes at a packed out Allianz Stadium.

Waratahs head coach Michael Cheika has opted for a particularly powerful pack and Waugh expects the Tahs to take on The Lions up front, even if he doesn’t envisage a similarly brutal battle to one that he featured in last time out.

Waugh’s side had full back Duncan McRae sent off for his 11-punch assault on Ronan O’Gara in ’01 as emotions ran high in a game which saw five other players yellow carded just seven days ahead of the opening international.

“From a Lions point of view, you wouldn’t be going into this game lightly. And on the back of 2001, they probably know what they should be expecting.

“Once you get a full stadium and the emotion gets into the game, it’s going to be physical. But physical means a whole lot of different things. I’m sure there will be scuffles – to be fair, you’d be surprised if there aren’t because there’s a lot of emotion and history involved in the game.

“It’s not going to be a brawl, though, and I don’t expect the Waratahs to finish with 14 players like they did 12 years ago, but the expectation and responsibility for the guys is to play the game extremely hard, extremely fair and extremely physical.

“It just escalated in 2001. Dunc’s one of the nicest blokes you’ll ever meet so I still can’t get my head around the fact that that happened.

“Tom Bowman got probably the quickest yellow card in the history of rugby and from that moment on, with the more the crowd got involved and the excitement and emotion a week out from the first Test and with The lions being such a proud team, it just evolved.

“It wasn’t necessarily anything more than that but it evolved into being what was a very spirited game.”

Phil Waugh was speaking to this website at an exclusive event in Sydney on behalf of The British & Irish Lions’ Principal Partner, HSBC.