After a remarkable second week of the Rugby World Cup that served up drama, skill, pride and passion in equal measure, we look back at the some of the highlights. [more] 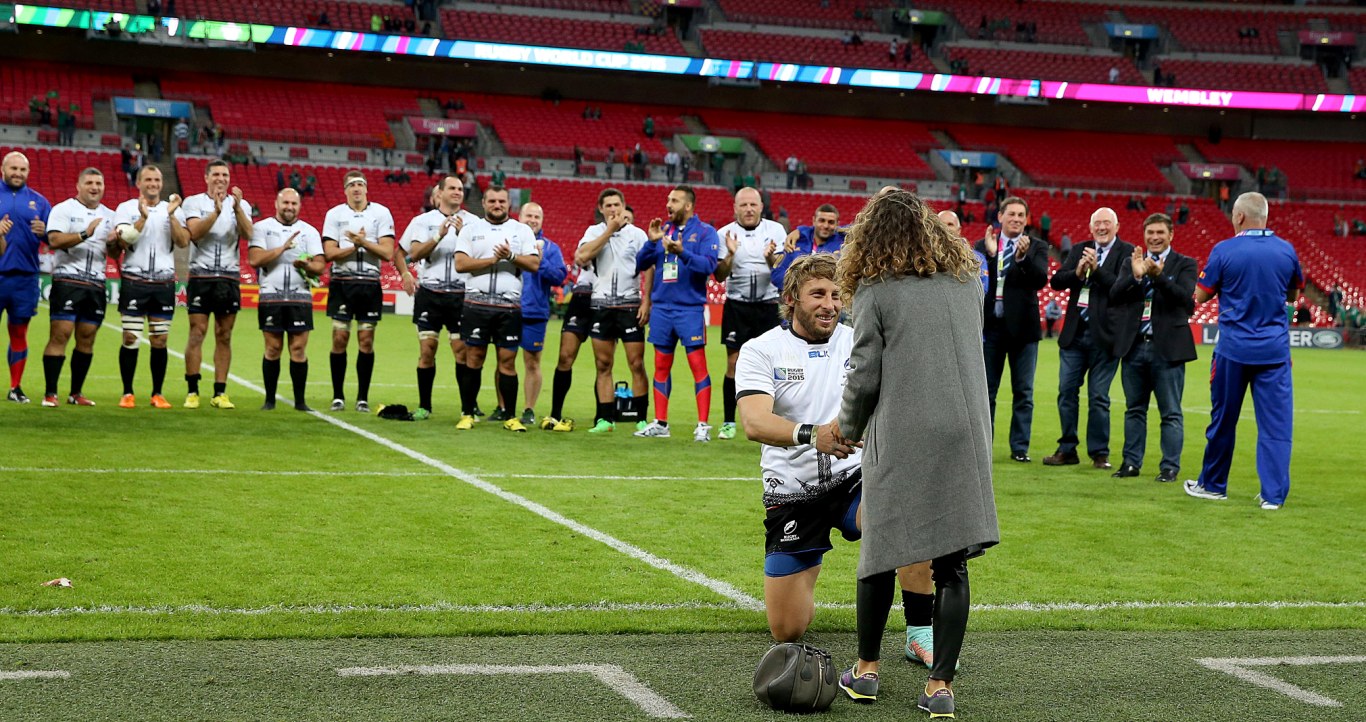 After a remarkable second week of the Rugby World Cup that served up drama, skill, pride and passion in equal measure, we look back at the some of the highlights.

Australia were not in action in the first week but they kicked off their campaign with a 28-13 win over Fiji at the Millennium Stadium on Wednesday.

Japan, conquerors of South Africa just four days before, wilted in the second half to slip to defeat to Scotland and France claimed their second successive win by beating Romania.

On Thursday New Zealand – who will take on the British & Irish Lions in 2017 – saw off a spirited Namibia while in the same pool on Friday Argentina put Georgia to the sword.

On the weekend Italy beat Canada and the Springboks roared back into contention with a bonus-point win over Samoa.

That set up the biggest clash of the tournament so far and British & Irish Lions were all over the pitch as Wales saw off hosts England at Twickenham.

Sam Warburton, Alun Wyn Jones and Taulupe Faletau all starred for the men in red while Owen Farrell kicked perfectly for England before they were pegged back late on.

On Sunday Australia took full advantage of England’s slip-up to go top of Pool A in an 11-try romp against Uruguay, Sean Maitland crossed for Scotland in their win over Samoa and then a World Cup record crowd saw Ireland see off Romania.

British & Irish Lion Simon Zebo impressed for Joe Schmidt’s side while Tommy Bowe (2), Keith Earls (2) and Rob Kearney all crossed for tries in the clash.

But the real magic moment was reserved for Romania scrum-half Florin Surugiu, who proposed to his girlfriend Alexandra on the Wembley turf after the match.

“We have been together for five years,” said the 30-year-old, who has 52 caps for his country.

“Today was her birthday first of all, and then to be playing at Wembley was a chance to make it even more special.

“At the beginning she thought rugby was a sport like any other but after five years of following it she came to realise it was a very special and different sport.”

And head coach Lynn Howells offered him congratulations after the game.

He said: "I tried to advise him not to, but I am delighted she said yes. It's all too romantic for me!"

Captain Mihai Macovei added: "Yes I knew about this. This was planned beforehand. I am looking forward to their wedding."