Super Rugby is back with a bang and, as the British & Irish Lions prepare to take on the All Blacks in 2017, we have got a keen eye trained on the competition and focussed on the five New Zealand franchises. [more] 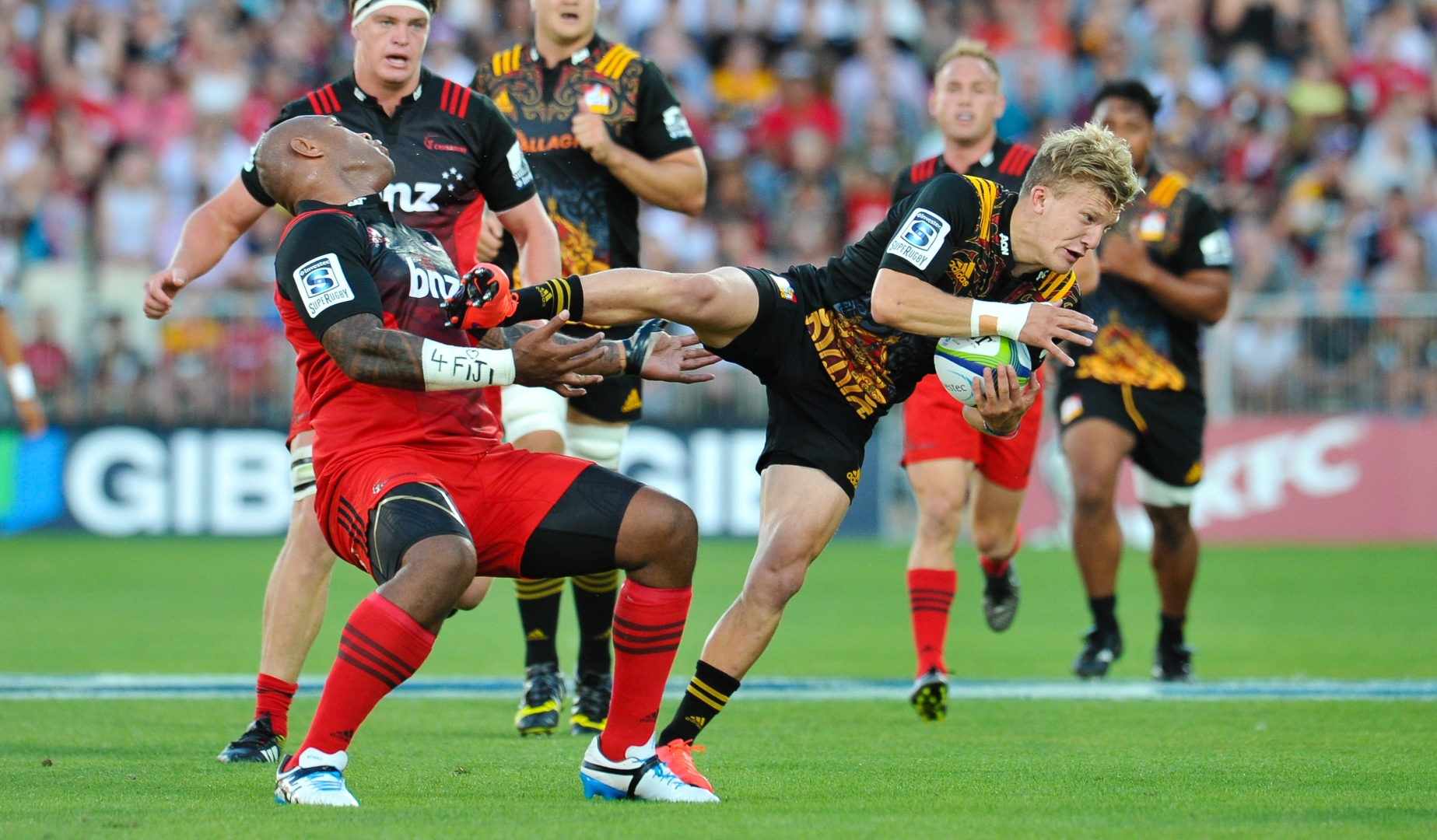 Super Rugby is back with a bang and, as the British & Irish Lions prepare to take on the All Blacks in 2017, we have got a keen eye trained on the competition and focussed on the five New Zealand franchises.

Like a duck to water
All Blacks legend Tana Umaga took the head coach reins at the Blues this season and, following an unbeaten pre-season, guided them to an impressive opening-night win. Hosting the Highlanders – reigning Super Rugby champions – the Blues edged a thriller to win 33-31 on Friday night, thanks to tries from Melani Nanai, Patrick Tuipulotu and Blake Gibson, plus 18 points from the boot of fly-half Ihaia West. West – a former New Zealand Under-20 stand-off – already looks a much-improved player under Umaga’s guidance.

You can’t keep him down
The Hurricanes – last year’s regular-season table-toppers – endured a nightmare start to the new campaign, but not for a lack of effort from Nehe Milner-Skudder. The Canes were thrashed 52-10 by the Brumbies on opening night, as the Australian outfit ran in seven tries in total. However, Milner-Skudder, who took to the grandest stage of all in such style at last year’s World Cup, was not disgraced by any means, racking up 11 carries for 92 metres.

Hot prospect
Milner-Skudder was not the only full-back to catch the eye, however, as 20-year-old Damian McKenzie shone for the Chiefs in their 27-21 victory at the Crusaders. McKenzie – younger brother of Crusaders flyer and former New Zealand sevens international Marty – was everywhere at the AMI Stadium with 17 carries for 89 metres a try and seven points from the tee. Chiefs coach Dave Rennie concluded: “I thought he was massive; he was an absolute handful and is just so electric.”

Rising from the ashes?
2015 was a nightmare year for the Crusaders, who finished outside the Super Rugby top six, missed out on the play-offs and lost legendary duo Richie McCaw and Dan Carter to retirement and Racing 92 respectively. And while they began the new season with defeat, there were some positive signs. Fly-half Richie Mo'unga played with the confidence of a man beyond his 21 years, while skipper Sam Whitelock led by example in Christchurch.

Super Rugby goes try crazy!
Super Rugby has adopted the French Top 14 system for bonus points, awarded for scoring three more tries than the opposition rather than simply scoring four in total. The competition has long yielded high-scoring contests but Friday’s triple header was try-happy, with the six teams in action scoring a combined 193 points. Saturday couldn’t quite live up to those lofty standards but we’ll have to wait and see how the new system pans out.

New blood
The weekend also saw the induction of two brand new franchises and while Japan’s Sunwolves slipped to defeat against the Lions, the Argentinian Jaguares instantly caught the imagination. A team filled with many of the players who broke Irish hearts at the World Cup last year found themselves 24-3 down late in the first half, only to claw their way back in it and eventually clinch a 34-33 victory at the Cheetahs. Can they already be considered title contenders?