Stuart Hogg admitted his honour at landing the Player of the Championship gong and immediately dedicated his award to his Scotland team-mates. [more] 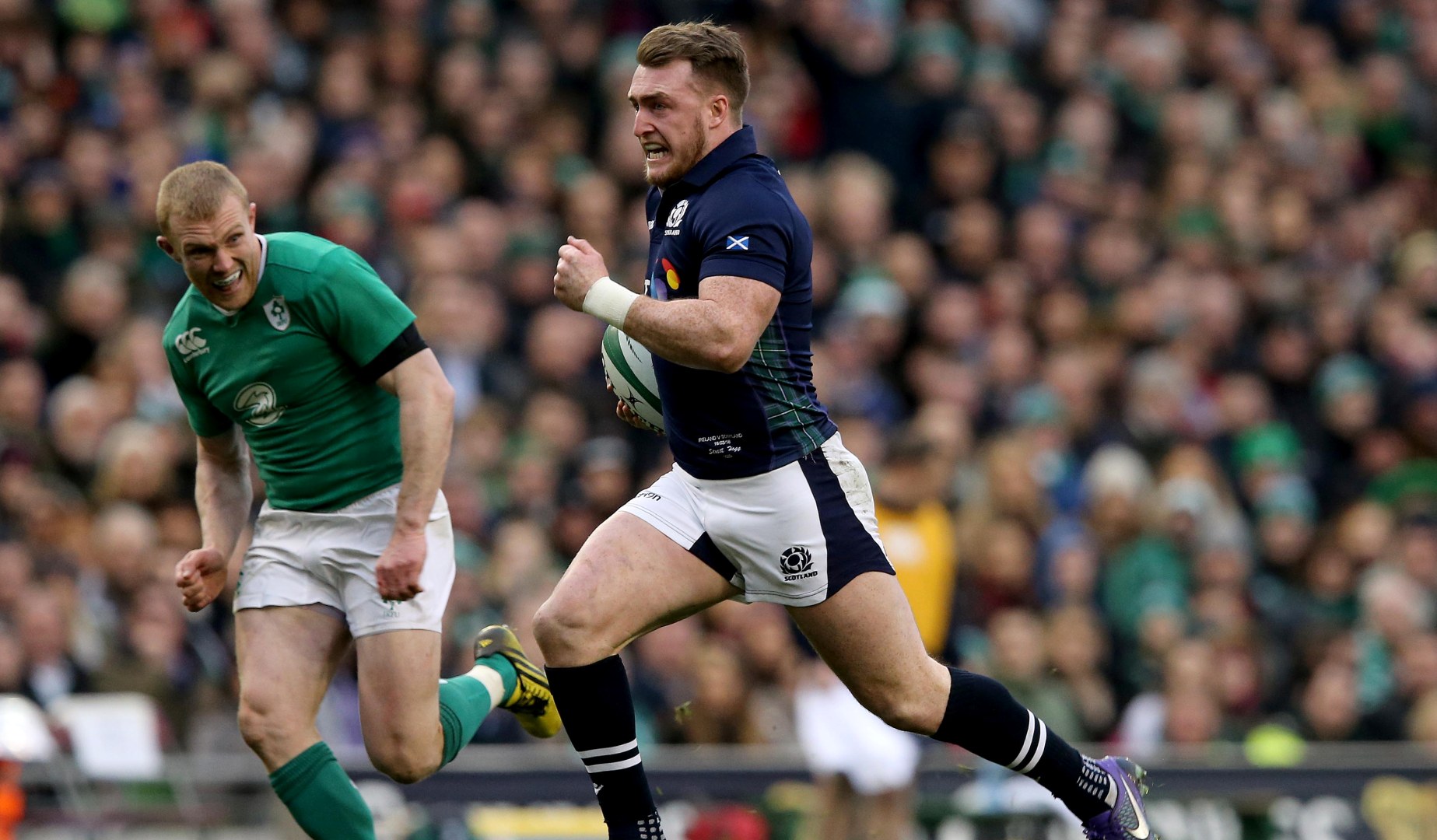 Stuart Hogg admitted his honour at landing the Player of the Championship gong and immediately dedicated his award to his Scotland team-mates.

Hogg, who was chosen as one of four Scots on the 2013 British & Irish Lions tour to Australia, collected more than 30 percent of a public poll this week to top the charts.

The 23-year-old, who has more than 40 Scotland international caps to his name, enjoyed a sparkling tournament as Vern Cotter’s men defeated Italy and France to end a disastrous sequence of results in the competition.

England's Billy Vunipola came in a very close second with 27 per cent of the vote, while third place was awarded to the tournament's top-try scorer and fellow British & Irish Lion from the victorious tour Down Under, George North.

"I played in a very good Scotland side these past few weeks, and to get the award is really pleasing," Hogg said.

"I was playing with confidence; I was having lots of fun as well. The game plan suited our back division and it was good to get a couple of good wins on the board.

"For us now, that's the minimum standard; we've got to be winning game after game and looking to win trophies."

Scotland arrived at the Championship full of hope after narrowly missing out on a semi-final spot at the 2015 World Cup after a last-gasp loss against Australia.

But defeats in their opening two fixtures against England and Wales saw Scotland’s winless run in the Championship extended to nine games.

But when they needed an inspiration to kick-start their campaign, enter full-back Hogg, who created two tries as Scotland defeated Italy in Rome.

He then scored the opener against France at BT Murrayfield and produced a sublime bit of skill in mid-air to create a score for Tim Visser to seal a first win against Les Bleus in a decade, and then finished off a solo try against Italy in his side’s final game of the tournament.