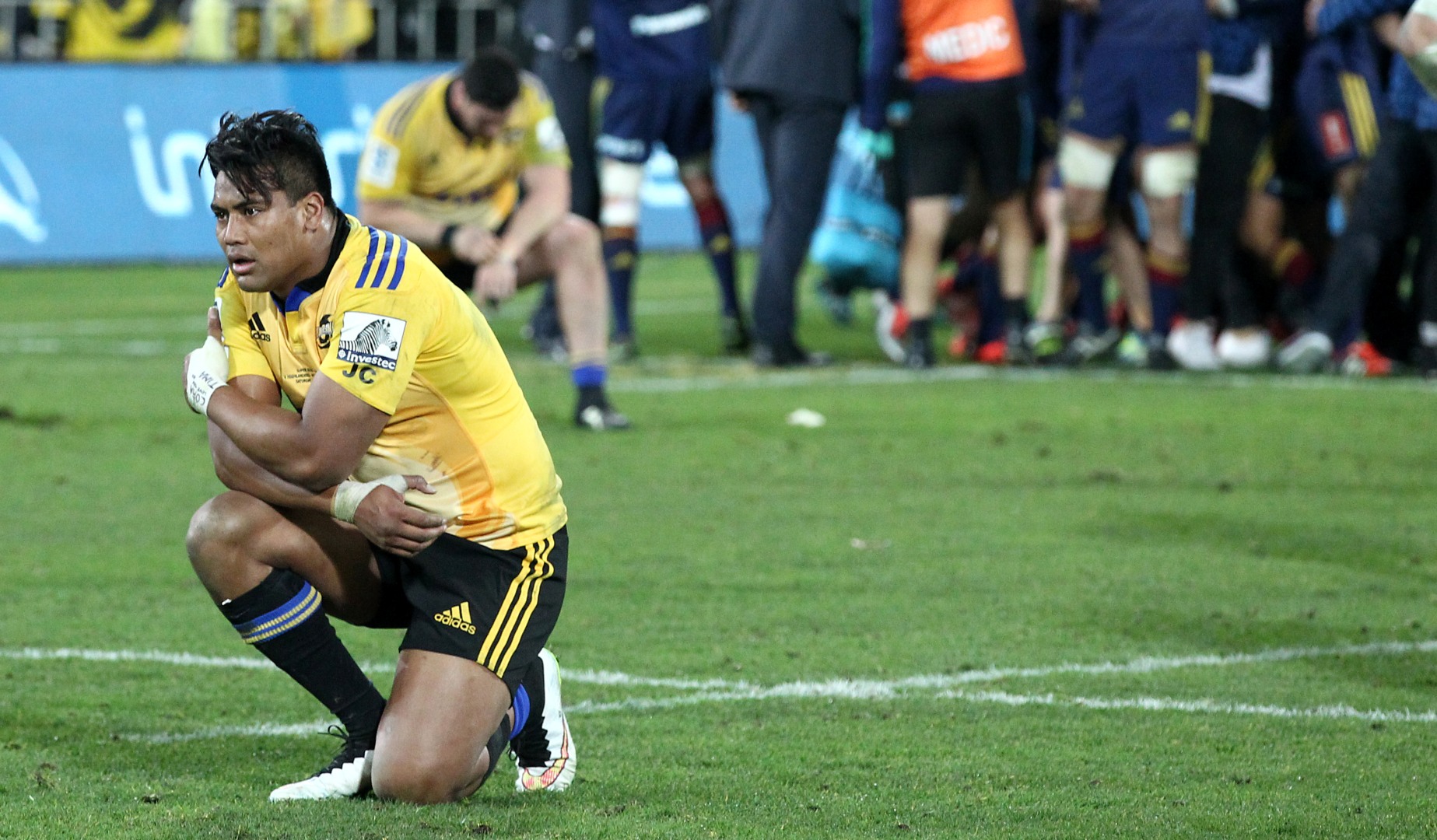 As we prepare for round five, we've picked out some of the key points from the weekend, particularly in New Zealand.

Hurricanes coach Chris Boyd has responded to Julian Savea’s subdued performances by ‘resting’ the most prolific try-scorer in international rugby.

Savea has proven himself time and again for the All Blacks, but was not at his best as the ‘Canes recorded their biggest win of the season in round four – a 41-6 drubbing of the Western Force.

Boyd claims Savea’s post-World Cup fitness work was not up to scratch – an accusation not new to Savea, who was dropped by the All Blacks for the same reason during last year’s Rugby Championship – and has consequently given Jason Woodward a start in place of Savea on the wing, with Willis Halaholo starting at outside-centre.

Halaholo in particular is one to watch. Though the Force were not the sternest of opposition, the bustling centre left Ben Tapuai for dead with a wicked step to set up their third try, before a sharp dummy and turn of pace set their fourth in motion.

The Southern Kings arrive at Westpac Stadium – site of the Lions’ final midweek game on the 2017 tour as well as the second Test – 102 points to the negative after four rounds and if Halaholo picks up where he left off last week, he could well add to that tally.

New Zealand’s unlikely 2011 World Cup hero Stephen Donald could make a first Chiefs appearance in five years against the Western Force on Saturday, after being named on the bench amid a deepening injury crisis.

Back-rower Johan Bardoul broke his thumb in the Chiefs’ last-gasp 30-26 win over Jaguares at the Jose Amalfitani Stadium in Buenos Aires, influential scrum-half Tawera Kerr-Barlow and Anton Lienert Brown have been ruled out of the Force game, while Pauliasi Manu is out for the season with a ruptured Achilles.

The Chiefs top the New Zealand conference after four rounds and their starting XV looks capable of downing a Force side who were outclassed by the Hurricanes, but their bench, Donald aside, is incredibly inexperienced.

While Donald has 858 Chiefs points to his name, replacements Kayne Hammington and Toni Pulu have been plucked from Manawatu and Counties Manukau respectively, while prop Manu is replaced by Bay of Plenty’s Siegfried Fisi'ihoi.

Dixon Dropped, an Englishman on the wing.

Elliot Dixon was the player of the round last week. He dominated in the tackle, ran the airways, linked superbly and ran in two tries to boot for the Highlanders.

But head coach Jamie Joseph has named Dixon among the replacements to face the Rebels, with Luke Whitelock coming in at blindside.

Since losing 33-31 to Tana Umaga’s Blues in round one, the ‘Landers have improved every game and their first-half onslaught against the Waratahs last round was about as good as it gets, though the way they let the Aussies back into the game will be a worry.

Joseph has brought in former England Sevens flyer Jack Wilson to start in place of Matt Faddes, who himself came in for long-term injury absentee Waisake Naholo.

Rebels are unbeaten since losing 45-25 away to Bulls but with Wilson starting alongside All Black Ben Smith, who was exceptional again last weekend in making 104 metres, 15 carries and beating six defenders and Malakai Fektoa at centre in similar fettle, Joseph will hope to make it four wins from five.

Sharks v Crusaders – Pick of the round.

Crusaders raced to an eight-try victory against Southern Kings last time out and though they face South African opposition again this week, the Sharks are an entirely different proposition.

The Sharks top African conference two and the overall standings, with three wins and a draw so far and though the Crusaders sit third in New Zealand and eighth overall, there’s an abundance of international class on both sides and this is likely to be a firecracker in Durban.  Tendai Mtawarira captains the Sharks from loosehead and his battle with Owen Franks is an intriguing one for Lions fans.

Kieran Read returns to captain the Crusaders, while the monstrous Nemani Nadolo, who English fans must remember fondly from the World Cup, grabbed a brace last week and is up against Leicester-bound JP Peterson and the immensely talented Willie Le Roux.

With genuine class on both sides and, barring injuries, a couple of sure All Blacks starters against the Lions, this is a must watch.