It was a busy weekend of rugby action all over the world with huge semi-finals in the Premiership and Pro12, the 13th round of Super Rugby, and the London 7s taking centre stage. [more] 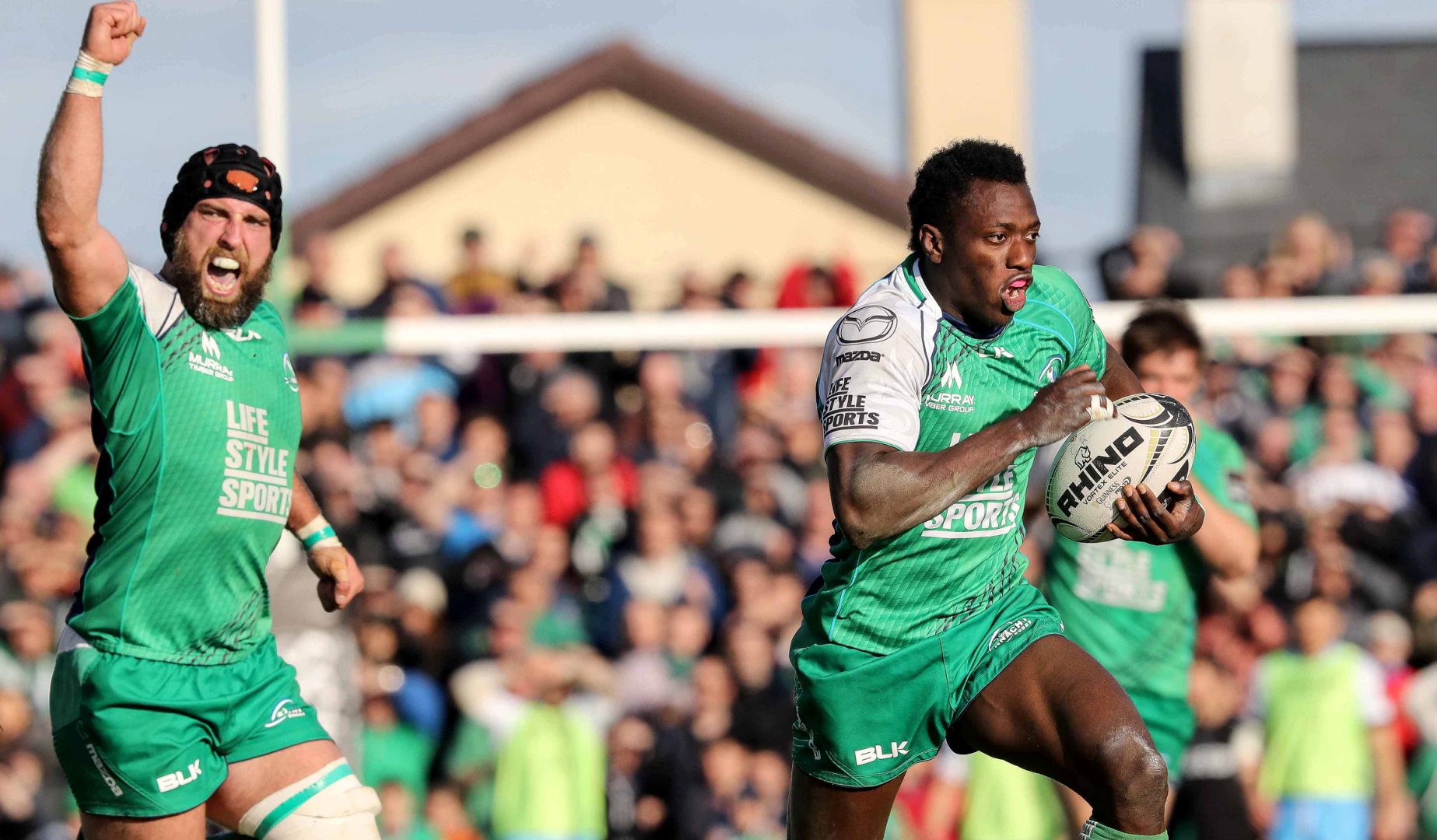 It was a busy weekend of rugby action all over the world with huge semi-finals in the Premiership and Pro12, the 13th round of Super Rugby, and the London 7s taking centre stage.

On both sides of the Irish Sea there were fantastic achievements to celebrate as Exeter Chiefs and Connacht made it to Premiership and Pro12 finals respectively for the first time in their histories.

Scotland caused a fantastic upset to win the London leg of the World 7s Series, the Chiefs looked in ominous form in Super Rugby and Eddie Jones named his squad to tour Australia this summer.

Pat Lam’s Connacht have been one of the stories of the season in finishing second in the PRO12 and their fairytale continued as they downed defending champions Glasgow Warriors 16-11 at the Sportsground in a Saturday evening semi-final.


Lam’s side have had their most successful season ever and will now feature in the final for the first time in their history at BT Murrayfield next Saturday.

Meanwhile, Ben Te’o’s call-up to Eddie Jones’ England squad came hot on the heels of a Friday night audition as the Worcester-bound centre impressed in Leinster’s semi-final victory over Ulster.

Leinster, in stark contrast to Connacht's fairytale, will now be aiming for a third PRO12 title in the last four years when they line up in the Scottish capital next weekend.

The Chiefs and Saracens set to face off

It has been an amazing rise for Exeter Chiefs – who have only been in the Premiership for six years – and they made it to Twickenham for the Premiership Final after downing Wasps at Sandy Park 34-23.

Their impressive pack grabbed two penalty tries while Dave Ewers and Ian Whitten both also crossed in the victory.

Rob Baxter’s side have made marginal gains each season in the top flight – first qualifying for Europe’s top competition in 2012, then winning their first trophy in 143 years in 2014 with victory in the LV= Cup and making their first European Champions Cup quarter-final this season.

And next Saturday they will face the reigning European champions Saracens in the Premiership final.

Mark McCall’s Sarries side were too strong for Leicester Tigers at Allianz Park, winning 44-17 to put them one win away from a European and domestic double.

No English side has done that since Wasps back in 2004 but Sarries will be sweating on the fitness of Owen Farrell who suffered a suspected rib injury in the win.

Jones names his squad for Australia

Farrell is included in England’s squad for the three-Test tour to Australia – as is fellow British & Irish Lion Manu Tuilagi despite an apparent hamstring injury in the Leicester defeat.

Four uncapped players in all – Teimana Harrison, Ellis Genge, Kyle Sinckler and most notably Te’o – have been called up by Eddie Jones.

Dan Cole, Mako Vunipola and Ben Youngs join Farrell and Tuilagi as the five Lions in the 32-man squad who beat the Wallabies in 2013.

But it is rugby league convert Te’o who will garner much of the attention after he was named as one of the centres following a strong season for Leinster.

Scotland produced an incredible comeback to secure their first first-ever World 7s Series Cup crown with victory over South Africa in the final in London.

Needing two tries with barely a minute to play to beat the Boks, Dougie Fife produced two moments of magic to claim a 27-26 victory.

England downed overall Series winners Fiji on Saturday in Pool play while Wales won the Bowl so optimism for Team GB heading to Rio 2016 in barely more than two months’ time is high.

Many eyes were on former NRL and NFL star Jarryd Hayne in his first outing for Fiji but they had to settle for fourth on the weekend as a Perry Baker-inspired USA claimed third.

England lost out to New Zealand in the Plate final in the end while Wales downed Australia.

Chiefs bounce back in style

South of the equator, Dave Rennie’s Chiefs – who will take on Wales next month and face the Lions next year – bounced back in style in round 13 of Super Rugby.

After a bye week to lick their wounds following a disappointing defeat to the Highlanders, they downed Melbourne Rebels with a bonus-point win – including four tries inside the first half-hour to move back to the top of the overall standings.

Elsewhere, the Blues returned to something like their best form as All Black loose forwards Jerome Kaino and Steven Luatua impressed in a 17-13 win over Western Force.

And on Friday the Crusaders continued their fine form with victory over the Waratahs.

It was a bye week for both the Hurricanes and the Highlanders but the Kiwi franchises continue to impress and currently occupy four of the eight play-off spots.

England Ireland News Scotland Wales
Previous story On This Day: The 1971 Lions kick off in style
Next story ‘You’re making history. You’re putting the marker down’ – Cotton and Wood remember 1997