The best and brightest young rugby talents from around the globe converge on Manchester for the World Rugby Under-20 Championship, which begins in earnest today at Manchester City Academy Stadium and the AJ Bell Stadium. [more] 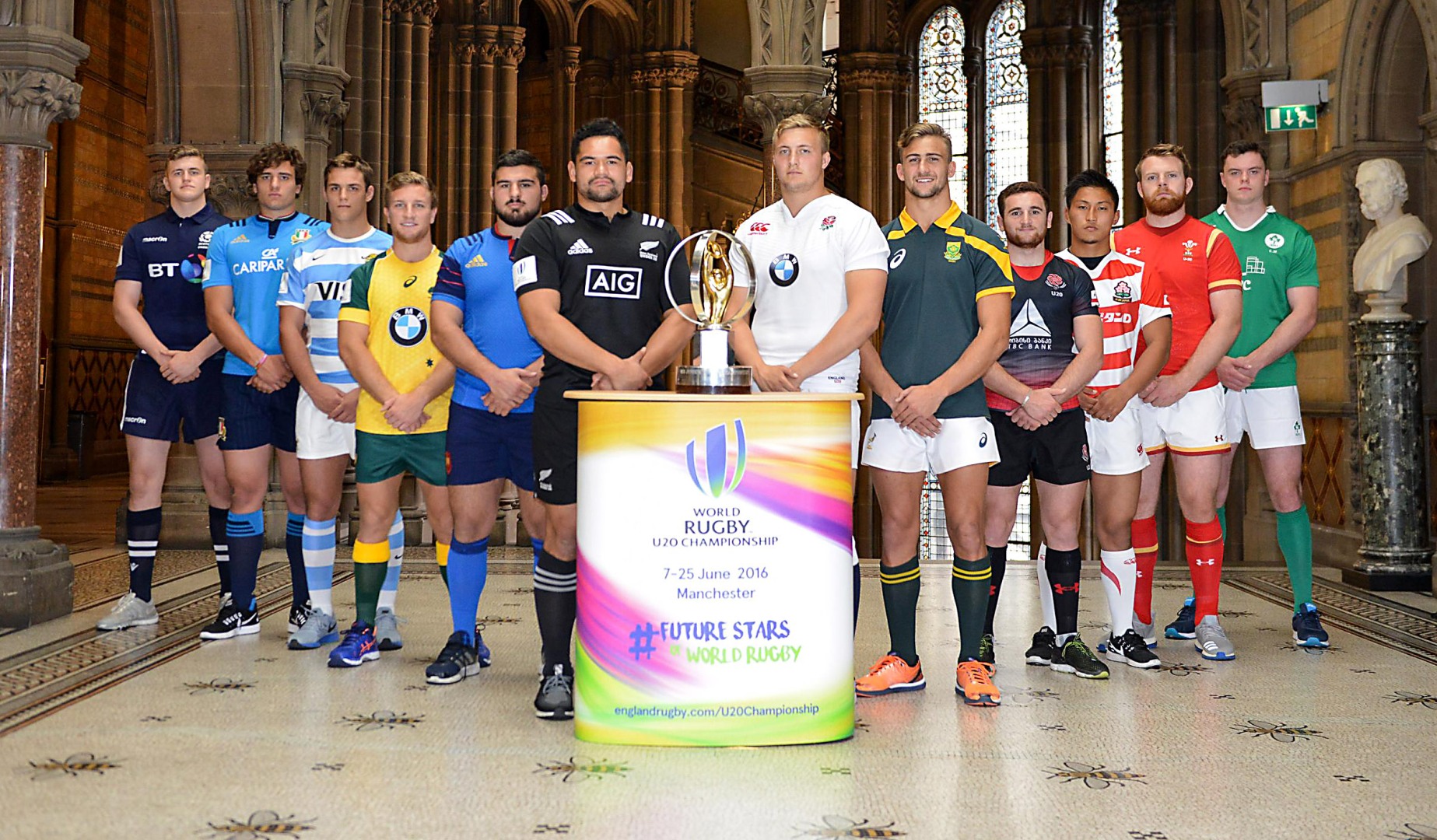 The best and brightest young rugby talents from around the globe converge on Manchester for the World Rugby Under-20 Championship, which begins in earnest today at Manchester City Academy Stadium and the AJ Bell Stadium.

World Rugby’s showpiece age-grade event is a critical proving ground for future stars, with over 370 players having graduated from the Under-20 championship to senior international honours.

Conor Murray, Ben Youngs, Richie Gray and 2013 British & Irish Lions captain Sam Warburton have all turned Under-20 success into Lions Test caps, with only Murray, on 49, to have made fewer than 50 senior international appearances.

England host for the first time and are one of just three teams – along with South Africa Under-20 and the Baby Blacks – to have lifted the trophy. The South Africans are the only side to have won the tournament on home turf.

The home nations are joined by the usual Southern Hemisphere suspects, as well as France Under-20, Italy Under-20, Japan Under-20 and, for the first time, Georgia Under-20.

Probably the pick of the opening ties. Jason Strange’s Welsh youngsters clinched a first-ever Under-20 Six Nations Grand Slam in March and will look to translate that form onto a global stage at Manchester City Academy Stadium.

Nigel Carolan’s Ireland Under-20 finished the age-grade Championship with a flourish and three straight wins. In captain James Ryan they have a formidable leader, already earmarked as the successor to Paul O’Connell’s senior Irish jersey.

The Welsh may have got their Grand Slam ball rolling with a 35-24 win over Ireland Under-20 at Donnybrook, but with the Baby Blacks looming in Pool A, both sides know a loss could end any chance of a championship tilt. Expect a humdinger.

Scotland Under-20 v Australia Under-20

Head Coach John Dalziel has tipped his captain Scott Cummings to go on and partner Jonny Gray in Scotland’s second-row, but the young Glasgow Warrior faces a stern test of his leadership credentials when he runs out against Australia Under-20.

Cummings has made an impressive impact for Glasgow Warriors in the PRO12 this season, starting the season opener and going on to make nine appearances, and is joined in Dalziel’s squad by Warriors teammate and full Scotland international Zander Fagerson.

But in captain James Tuttle and centre Sione Tuipulotu, Adrian Thompson’s young Wallabies possess senior experience of their own and what’s more, the Australians are flying high after a first-ever win over the Baby Blacks in their recent Oceania Championship two-Test series.

If the Scots are to triumph then Cummings, Ferguson and Edinburgh pair Blair Kinghorn and Jamie Ritchie will need to be at their absolute best.

England Under-20’s 42-7 win over their Italian counterparts was one of the few rays of light for the youngsters this year. Worcester Warriors’ hooker Jack Singleton scored four tries that day and starts in place of squad captain Jack Walker for the hosts’ opening clash, with Mallinder taking the armband.

After the Baby Blacks, England Under-20 are the tournament’s second-most successful side. With wins in 2013 and 2014 – under the captaincy of Jack Clifford and Maro Itoje respectively – as well as six finals out of the last eight, they can never be discounted.

Having been downed 24-6 by Dalziel’s Scots in this year’s opening Under-20 Six Nations clash, Haag’s men will need to establish momentum against the Italians before they showdown with the Auld Enemy on June 11.

Jordie Barrett is the name on everyone’s lips heading into the 2016 World Rugby Under-20 Championship. At six foot five, he is an imposing presence with a sharp off-loading game, brilliant distribution and is a reliable place-kicker.

The 19-year-old playmaker racked up 24 points across the Baby Blacks’ two-Test series with Australia Under-20 and coach Scott Robertson is backing him to imitate Akira Ioane’s showing last year and light up the tournament.