With the 2017 British & Irish Lions Tour inching ever closer, we turn our attention to the Rugby Championship where the All Blacks travel to Sydney for a repeat of last year's World Cup final. [more] 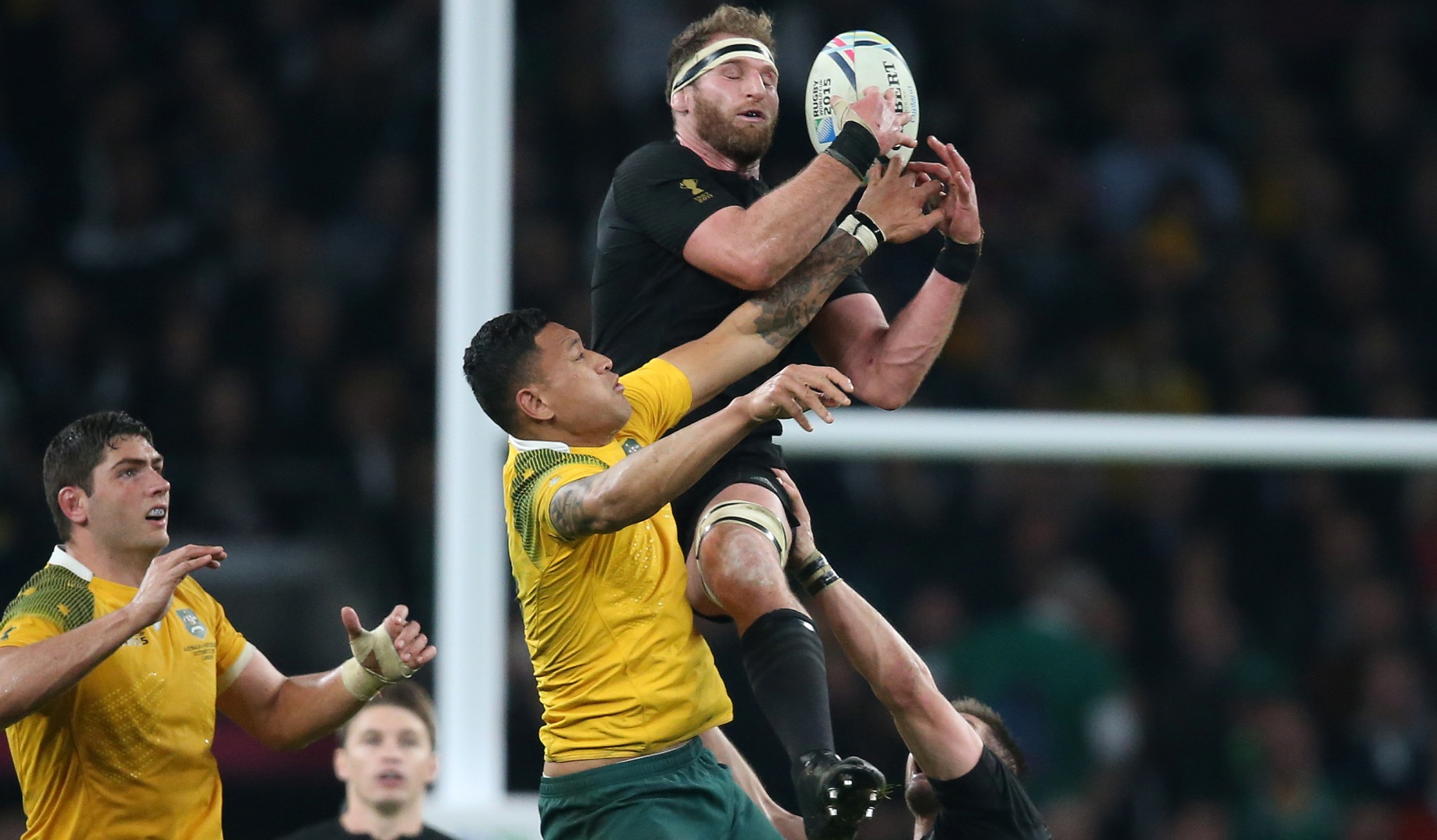 With the 2017 British & Irish Lions Tour inching ever closer, we turn our attention to the Rugby Championship where the All Blacks travel to Sydney for a repeat of last year’s World Cup final.

Beauden Barrett is the name on everyone’s lips as the 2016 Rugby Championship begins with holders Australia welcoming New Zealand to Sydney’s ANZ Stadium.

The Springboks get their campaign under way against Argentina at Mbombela Stadium in Nelspruit and after a shock 37-25 loss in Durban last year, Allister Coetzee’s men will be out to make a statement.

The Wallabies and New Zealand have had contrasting fates since they fought out a World Cup final at Twickenham last October.

Michael Cheika’s side were soundly beaten by Eddie Jones’ inspired England and the All Blacks clean swept Wales for a 3-0 Test series win.

Those differing fortunes will be ancient history as one of rugby’s great rivalries resumes and Australia aim to regain the Bledisloe Cup for the first time since 2002.

Barrett scored 26 points to inspire New Zealand to a 46-6 win in his last Test outing, while he was exceptional in the Hurricanes’ maiden Super Rugby title win and looks to have at-last usurped Aaron Cruden in the All Blacks pecking order.

Julian Savea has to settle for a place among the replacements, with Israel Dagg continuing at full-back and Ben Smith on the wing.

Sam Cane holds off Ardie Savea’s challenge for the openside jersey and despite initially being ruled out through injury, Dane Coles begins on the bench with Crusaders’ Codie Taylor starting at hooker alongside Wyatt Crockett and Owen Franks.

Steve Hansen made light of the decision to pick Barrett over Cruden at outside-half, insisting his performances had removed any doubt over who would don the coveted No.10 jersey.

"In the end, it was pretty easy, Beauden's performances over the last month have been outstanding, both for the All Blacks and for the Hurricanes, and he has just got to be on the park for 80 minutes," Hansen said.

"He has been able to control the games and we saw that on the big occasions — in the quarters, semis and final of Super Rugby. In really trying conditions, he controlled the tempo of the games.

"His kicking game was good, his running game was excellent. He has just matured and he's getting better all the time."

The Wallabies have now lost four consecutive Tests, but Australian captain Stephen Moore thinks the Bledisloe rivalry will inspire his side to turn their fortunes around.

Australia’s foreign contingent return, meaning 13 of their 15 World Cup final starting-XV will run out in Sydney, with Matt Giteau, Will Genia and Adam Ashley-Cooper among them and Scott Fardy relegated to the bench in favour of Ben McCalman.

"The importance of the game and this particular rivalry is why you keep turning up every year and wanting to play your part," said Moore.

"Just to see how much it still means to the senior players after playing 100-plus Tests and however many games against New Zealand shows how important this rivalry is.

"They're the No.1 team in the world so we know we have to go out there to play as well as we possibly can to win the game."

After a superb Super Rugby campaign with the Lions, Warren Whiteley starts at No.8, with Duane Vermeulen absent through injury.

Ruan Combrinck and Elton Jantjies are two more who shone for the Super Rugby finalists, with the latter turning an accomplished performance in South Africa’s final Test win over Ireland.

Juan Martín Hernández and Nicolás Sánchez link up at fly-half and inside-centre and though they are missing Juan Imhoff – who was away on Olympic 7s duty – in Agustín Creevy, who will win his 50th cap, they have a man capable of troubling South Africa at scrum-time and on the floor.

Australia New Zealand News South Africa
Previous story Barrett given chance to shine at ten
Next story Lions Scout: New Zealand off the mark with a bang in Rugby Championship