Exclusive: Warren Gatland on the challenge ahead

After being named Head Coach of The British & Irish Lions for the 2017 Tour to New Zealand, Warren Gatland spoke in an exclusive interview with Alex Payne of Sky Sports. [more] 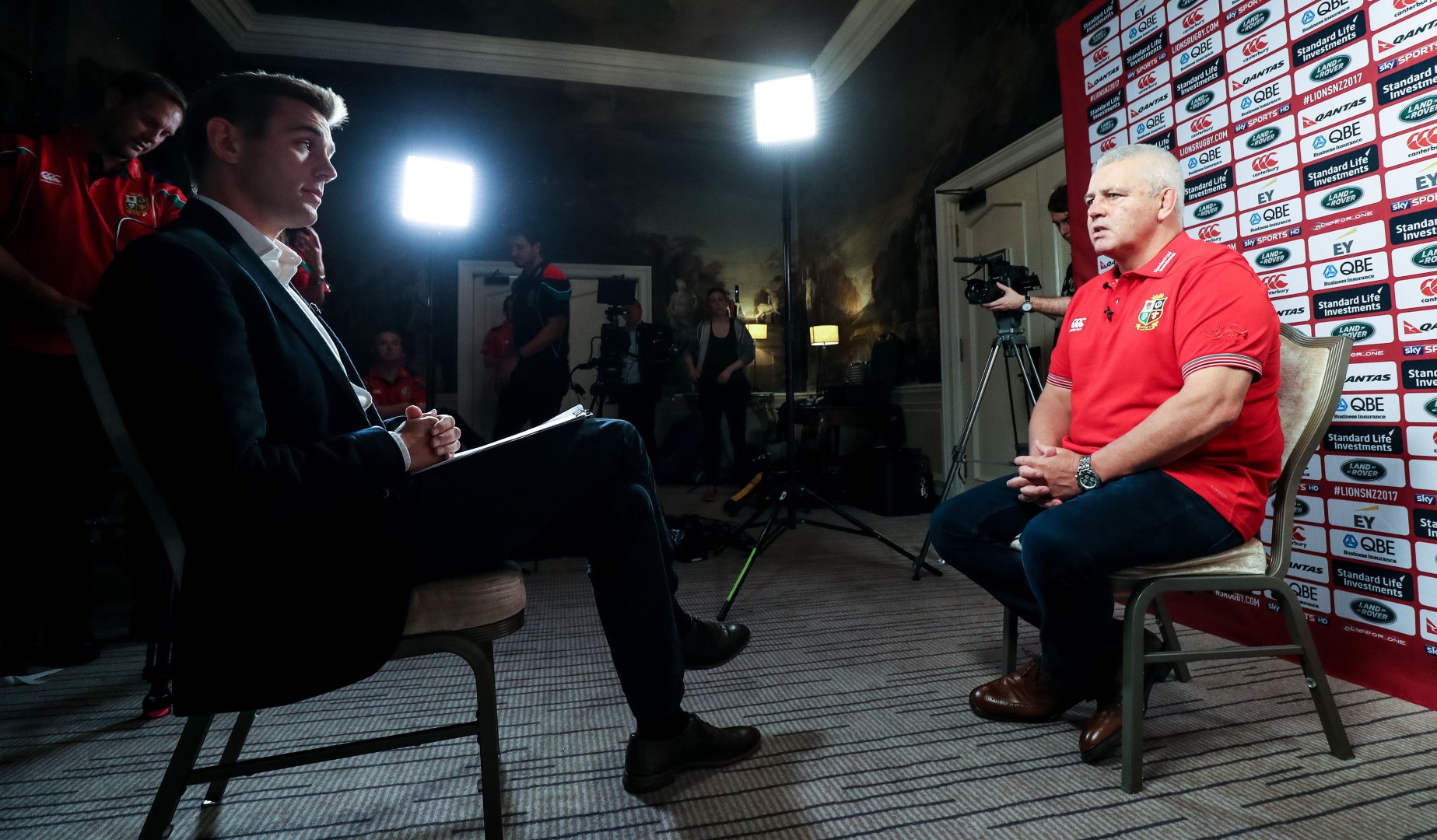 After being named Head Coach of The British & Irish Lions for the 2017 Tour to New Zealand, Warren Gatland spoke in an exclusive interview with Alex Payne of Sky Sports.

Having led the Lions to a series victory in Australia in 2013, Gatland is targeting more success in New Zealand against the world champions.

He explained: “Success in 2017 is about going to New Zealand and winning the Test series and I honestly believe we can do that.”

According to Gatland, the Lions have the necessary blend of pace and footwork in the backs, as well as the experience, size, and most importantly skill in the forwards to beat the All Blacks next summer.

Alex Payne: Congratulations, the badge is back on, how proud a moment is this for you?

Warren Gatland: It is a huge honour, I have been incredibly fortunate to be involved in the last two Tours. 2009 was a great experience and then 2013 in Australia as Head Coach was a phenomenal experience.
To be in charge again and to go back to New Zealand is going to be pretty special.

Was it an easy decision? Did you say yes on the spot or did you say can I have a couple of days to think about it?

It is one of those jobs. Everyone has spoken about how tough it is going to be going to New Zealand, but I think if you get offered a job like this – it is one of the most prestigious jobs in the world.

I wouldn’t have taken this job on if I didn’t think there were players with the ability to go to New Zealand and win. There is some real talent there at the moment. There is pace, there’s players with footwork.

There’s experience in the forward pack and there’s some size as well, there’s some real skill and I am incredibly excited about the potential of a Lions team to go to New Zealand.

I have got to believe we are good enough that we can pick a squad that is good enough to go to New Zealand and beat the All Blacks.

If we don’t believe that, then we shouldn’t even be getting on the plane. If there’s players out there who have doubts then make yourself unavailable because we have to go down there as a squad of players and a group of people who believe 100 percent that we are good enough to go to New Zealand and win a Test series.

Can I talk to you about the shirt and the Lions themselves? There was a fascinating line from Sir Ian McGeechan in the paper this weekend. He said you had told him that a Lions player looks at a Lions jersey the same way as an All Black looks at the All Black jersey and that you’d not seen that anywhere else in the game. What is it about the Lions that generates that sort of emotion?

That’s a really good question. What I said to Sir Ian was that you get an opportunity to pull that All Blacks jersey on and you can almost physically feel yourself grow in stature by putting that on and I saw that when the players put that Lions jersey on and what it meant to them, the pride in being selected from those four nations to first of all play in games and then if you’re selected for a Test.

That makes it incredibly special and exciting and what everyone is really looking forward to.

In terms of the Tour itself, what is so special about the element of touring and taking this squad down to New Zealand?

The Lions are the only team that do a ten-match Tour over six weeks and I think that is what makes it special for the players and also incredibly special for the supporters.

You get players from four nations who beat the hell out of each other for three or four years and then come together as one team supporting each other under that iconic badge and red jersey.

The other thing is the supporters, they go away under one banner and I think that’s special as well.

Seeing the supporters mix and go away, singing songs and cheering the Lions is something you don’t get anywhere else.

When Test matches are played in the northern hemisphere, particularly the Six Nations, often 30-40 percent of the crowd will be away supporters. When the Lions go on tour it’s probably the same figure, 30-40 percent, maybe more for some matches. That creates an incredible atmosphere.

It’s going to be great for New Zealand because they are going to get to experience what Lions supporters can bring in terms of the atmosphere and away support. It’s going to special for the crowd but also the teams as well.

There is something sort of mythical about the All Blacks and the Land of the Long White Cloud and the Haka. Is that something you will use and you will show to the players and use it to inspire them to raise their level or is that something you are going to push to one side? It’s New Zealand from the first minute to the 80th and you don’t want to buy into any of that?

There is something about the mythical thing and the legend but you push it and find a crack and they can be susceptible to faltering like anyone else. That’s going to be our challenge.

If you go to New Zealand you have to be prepared to play rugby.

You have got to go there and play rugby against the All Blacks, you can’t be negative, you have to be positive. We’ve got to go and have that mindset and take them on and play some good rugby.

How excited are you? How confident are you about the next ten months?

I’m massively excited. A lot of people who know me pretty well, often say that in terms of self-belief and positivity that I’m the eternal optimist.

I always believe that if you put your mind to something, you’ve got the potential to be able to deliver.

To me success isn’t always about winning, sometimes it’s about overachieving, it’s about performing better and getting results that people don’t expect you to do. But success in 2017 is about going to New Zealand and winning the Test series and I honestly believe we can do that.