Steyn starts and then stars for South Africa

South Africa remain in the mix for second place in the Rugby Championship as the recalled Morne Steyn scored all their points in an 18-10 victory over Australia. [more] 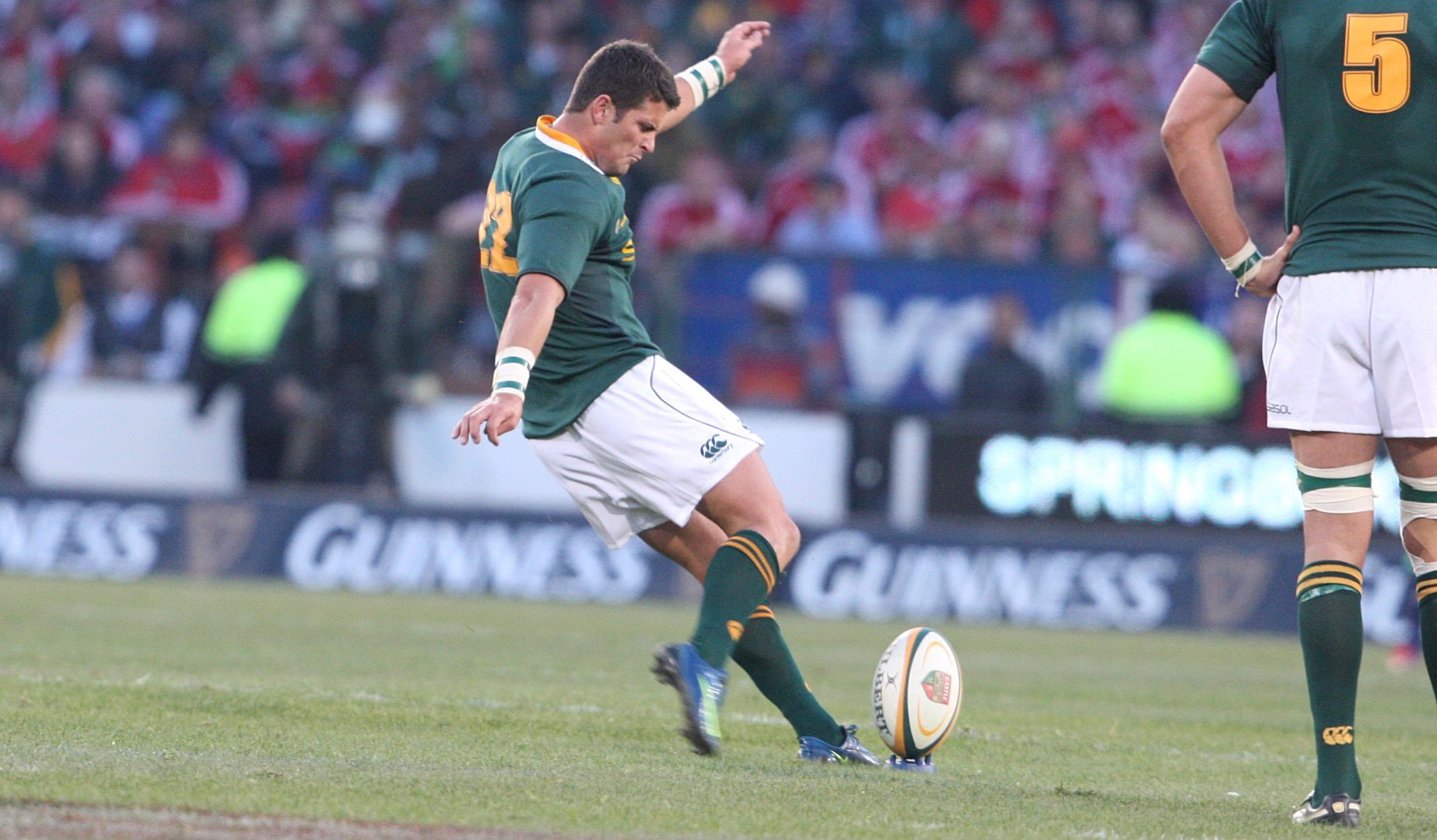 South Africa remain in the mix for second place in the Rugby Championship as the recalled Morne Steyn scored all their points in an 18-10 victory over Australia.

New Zealand, who host The British & Irish Lions next summer, wrapped up the title a fortnight ago after inflicting a
heavy defeat on the Springboks.

But they made up for that loss with plenty of heart back in Pretoria as Steyn – who starred for South Africa against the Lions in 2009 – impressed with his nerveless kicking on his first start of the tournament.

Joy as a second drop goal by @mornesteyn helps #Springboks to a 18-10 win over the @qantaswallabies. He scored all the points for the Boks pic.twitter.com/e2AE5k1DXf

But after Foley converted the extras with little more than 20 minutes gone, the biggest flashpoint of the first half was the yellow card for Israel Folau, a familiar face for the 2013 Lions.

With the score at 12-10 heading into the second half, Michael Hooper continued to be his usual dangerous self for the Wallabies while Springboks centre Juan de Jongh was testing the Australian defences with a number of scything breaks.

But in the end it was left for the 32-year-old Steyn, in his first South Africa start since a defeat to Australia in September 2014, to kick a late penalty and drop goal to seal the victory and deny the Australia a potentially crucial losing bonus point.