The Lions welcome the haka to London

The British & Irish Lions will head to New Zealand in the summer of 2017 but on Wednesday morning the Maori spirit paid a visit to central London. [more] 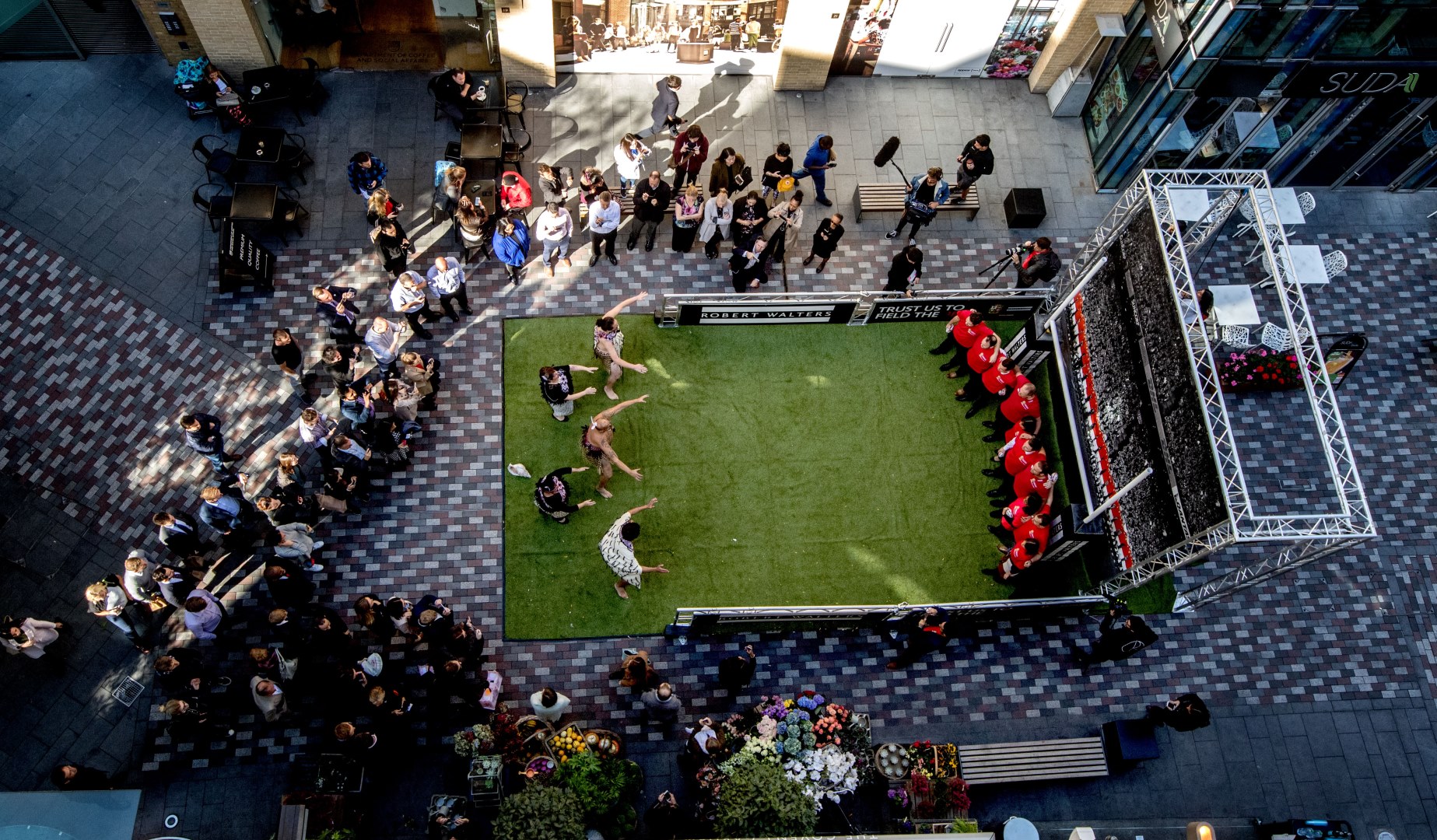 The British & Irish Lions will head to New Zealand in the summer of 2017 but on Wednesday morning the Maori spirit paid a visit to central London.

To celebrate the announcement of Robert Walters as an Official Sponsor for the 2017 Tour, Lions legends Jamie Roberts and Richard Hill joined a host of fans in experiencing a traditional Maori haka in Covent Garden.

It was hardly a normal sight for a Wednesday lunch time in St Martin’s Courtyard and understandably attracted onlookers from all around.

The Lions will see many a Maori ceremony on next year’s Tour but yesterday afternoon was all in the spirit of fun to celebrate the impending Tour.

And for Roberts – a two-time Lion who is hoping to be picked for a third time next year – it took some getting used to.

“It was a bit of a strange one – after they did the haka everyone was clapping! It wouldn’t be ideal to do that out on the rugby field, I don’t think that would go down too well,” he joked.

“But it’s been a great day, it’s great that Robert Walters have formed the partnership with the Lions.

“A lot of fans have had the chance to face the haka which is an amazing thing.

“The fans have been great, asking me about what it’s like to go on Tour and looking forward to next year but my answer is always that I am working hard to get selected before I can think about it!”

And the former flanker was delighted with the way the day came off.

“I know how passionate and what great pride everyone has at being involved with the Lions,” Hill said.

“To be able to incorporate this special announcement with all of the staff here, the key people to the company, and the whole of the crowd of fans who came to see the haka is fantastic.

“The Maori performers were very passionate as any Kiwi would be. On the pitch it’s culturally very important to the team and the country and has to be respected.

“We also know how much passion the All Black team get out of it so when you faced it as an opponent, it was about making sure you understood the relevance but also made it a key part of your preparation.”

Emma Swan, an associate researcher at Robert Walters, was one of the lucky employees who won a competition to face down the haka. And she loved every minute of the experience.

“It was pretty scary actually – they came very close! The guy next to me was very tall so I felt a bit safer but it was just an amazing experience,” she said.

“I have never seen a haka in the flesh before, only ever on the TV, live in person it is unbelievably intense.

“It was great to get out of the office and meet some legends like that.

“My family are huge rugby fans so they were all very jealous and I have been sending them pictures all day!”