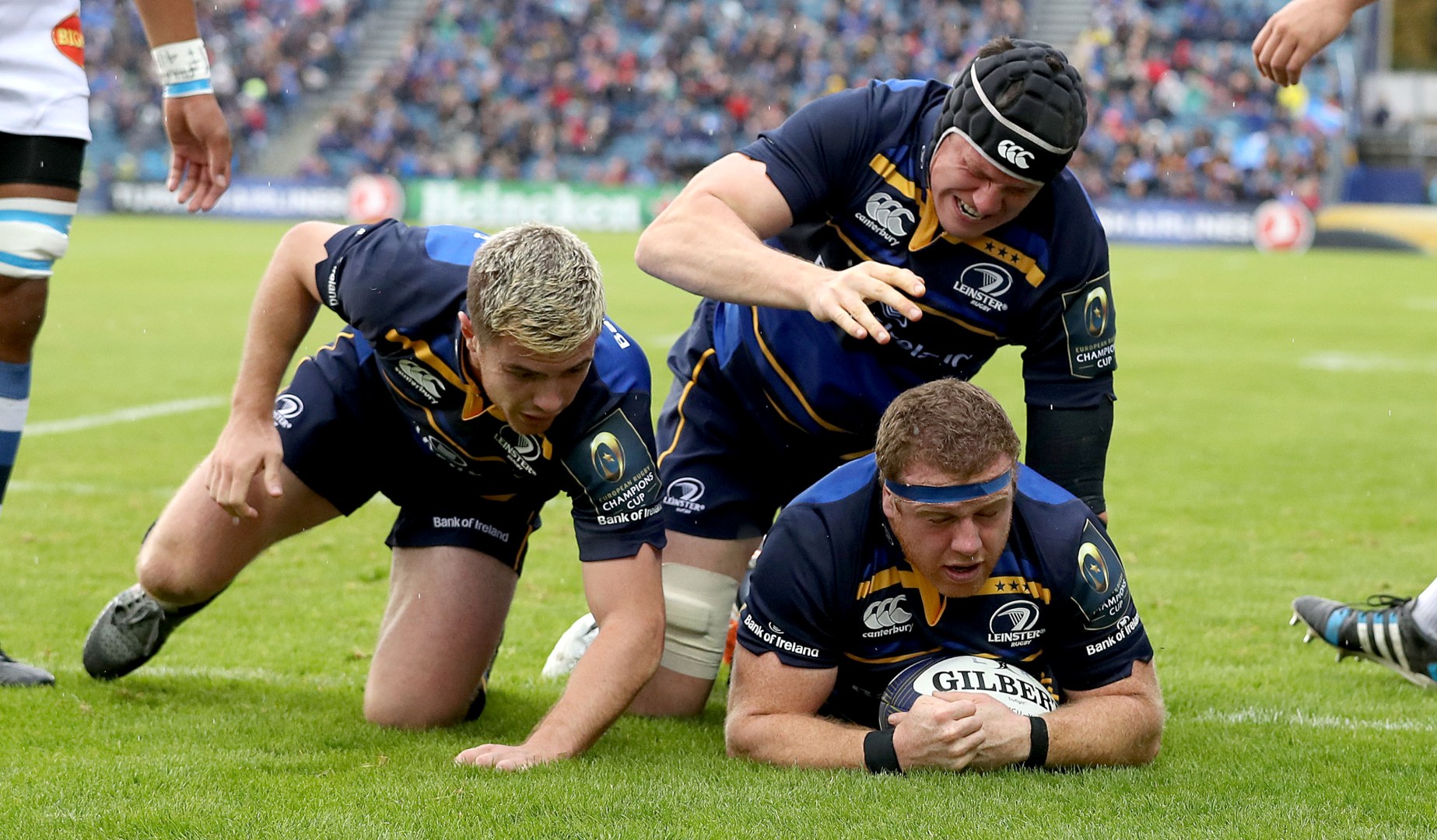 The trio were immovable at scrum-time and Cronin bagged himself a try double – dotting down early on before peeling off the back of a maul, stepping a defender and diving over for another on 27 minutes.

Not to be outdone by his front-row team-mate, McGrath also got in on the try-scoring act as he crashed over from close-range five minutes before half-time.

And it was veteran winger Isa Nacewa who wrapped up the four-try bonus point as he brushed off two defenders to gallop over the line on 47 minutes before a penalty try put the icing on the cake for the Irish province.


Deputising for Jonathan Sexton, Joey Carbery impressed at fly-half for Leinster with smooth distribution and pinpoint kicking from hand.

The 20-year-old could also have had a maiden European try when he almost acrobatically snatched an interception, while his range of passing created plenty of opportunities for centre pairing Robbie Henshaw and Garry Ringrose.