Joe Schmidt insists there are places up for grabs for the re-match with the All Blacks after naming a completely new Ireland starting XV to face Canada on Saturday. [more] 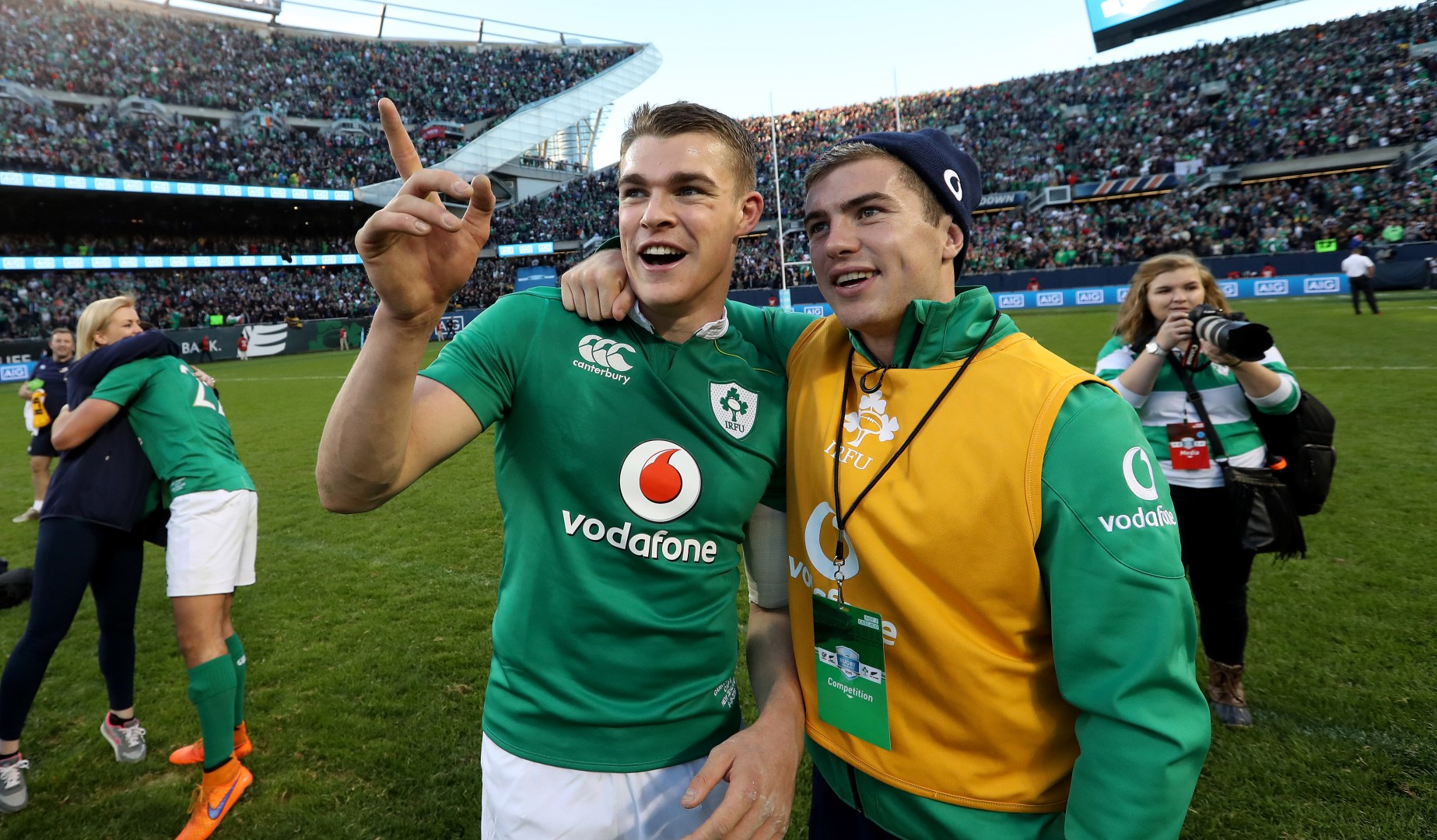 Joe Schmidt insists there are places up for grabs for the re-match with the All Blacks after naming a completely new Ireland starting XV to face Canada on Saturday.

There could be as many as eight debutants for Ireland this weekend as they look to build on the momentum of their historic win over New Zealand last weekend in Chicago.

Garry Ringrose will start in the centres, Billy Holland earns his first cap in the second row and Jack O’Donoghue packs down at No 8 while Niyi Adeolokun, James Tracy, Dan Leavy, Luke McGrath and John Ryan are all on the bench.

The All Blacks come to Dublin next weekend looking for revenge but the first order of business is taking down Canada and Schmidt is excited about the strength in depth his squad are building.

“There are players who will want to put their hand up, it is very open ended. I do think that there will be players that will come into the starting side or squad for next week’s game,” he said.

“But I know for them to get there they are going to have to full focus on this week’s game and make sure they get what they need to get done to make them as effective as possible to allow them that springboard.

“The real danger is underestimating Canada. We have to be really on our mettle this week and not give too much thought to next week.”

Up front British & Irish Lion Cian Healy starts at loose-head alongside Sean Cronin and Finlay Bealham while the second row sees Ultan Dillane – a replacement in Chicago – start alongside Holland.

O’Donoghue starts at No 8 either side of two experienced back-rowers in Sean O’Brien and Peter O’Mahony who both missed out on the All Blacks victory last weekend, with the latter captaining the side.

The back line sees Kieran Marmion paired with Paddy Jackson in the halves while Luke Marshall partners Ringrose in the centres with Tiernan O’Halloran, Craig Gilroy and Keith Earls completing the back three.

And Healy insists the blend of the squad is bringing the best out of everyone.

“It’s a great thing to be a part of,” he said.  “We bring a lot of experience but also there is a lot of energy from the younger lads with less caps.

“There is a lot of buzz, some things are new to people and others have been doing it for years but we are all bonding well, gelling as one, enjoying each other’s company and working well as a team.”