Mark Bennett returns to Vern Cotter's side for the first time since winning an Olympic silver medal as Scotland look to make it two wins from three this autumn against Georgia at Kilmarnock's Rugby Park. [more] 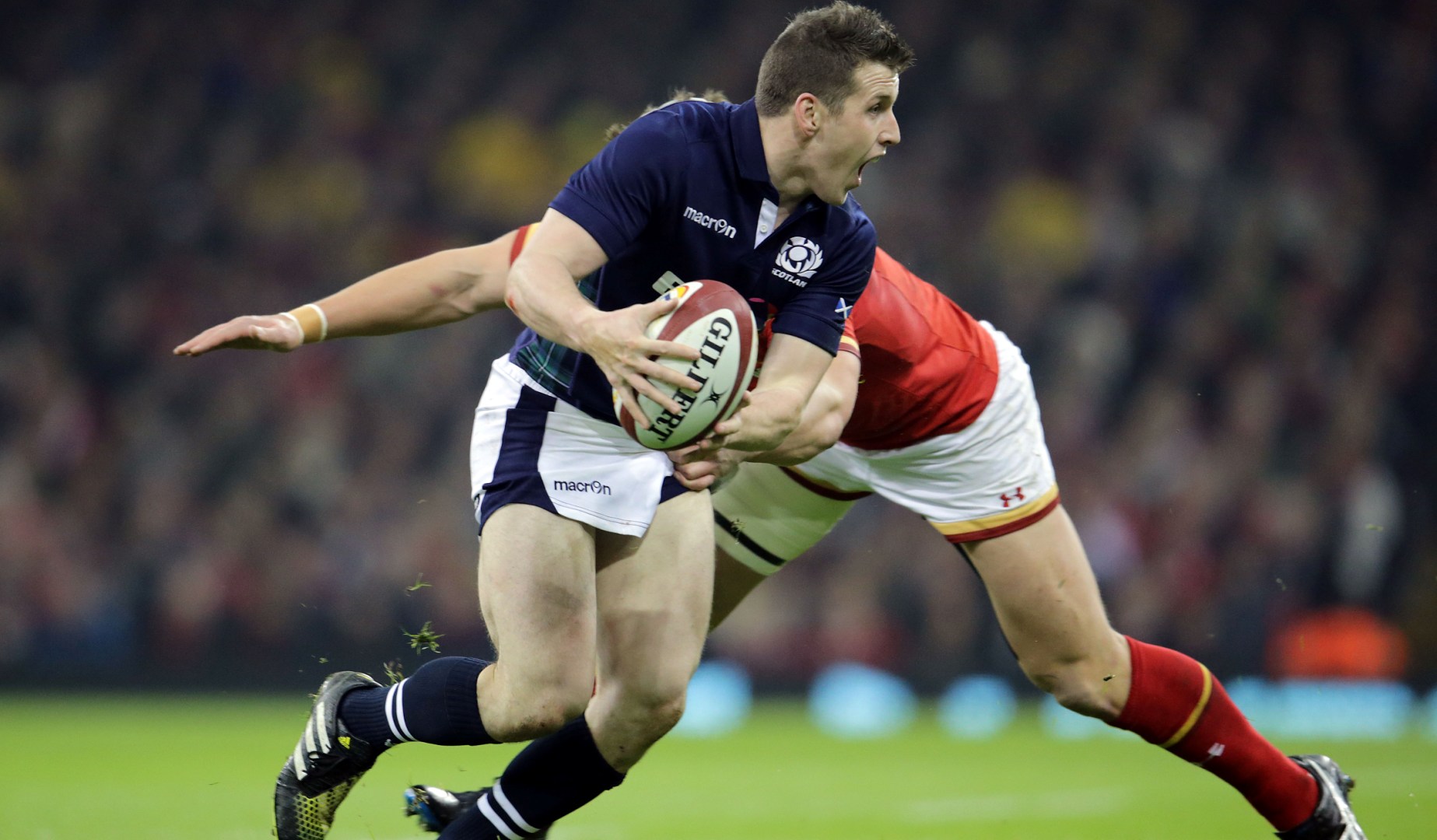 Mark Bennett returns to Vern Cotter’s side for the first time since winning an Olympic silver medal as Scotland look to make it two wins from three this autumn against Georgia at Kilmarnock’s Rugby Park.

The Scots were a swing of Bernard Foley’s boot away from a win over Australia, while they just squeezed past Argentina and now face a major challenge against the Lelos on Rugby Park’s artificial track.

Richie Gray – a Test British & Irish Lion in 2013 – returns to the Scotland second-row and with Georgia growing ever more competitive, Cotter’s team-choice is a statement of intent – nothing less than victory will do for Scotland.

But in totemic Mamuka Gorgodze, precocious scrum-half Vasil Lobzhanidze and Toulon tighthead Levan Chilachava, Milton Haig’s side have more than enough class to cause an upset.

Bennett returns in place of the injured Huw Jones to win his 16th cap at outside centre. The Glasgow centre has not featured for his country since last year’s Six Nations, but will no doubt thrive on the 3G pitch as he links up with clubmate Alex Dunbar.

The Warriors pair will fancy their chances against Merab Sharikadze and Tamaz Mchedlidze, who both play their club rugby in the French second division.

Jonny Gray, fresh from another miraculous defensive performance against Argentina, links up with brother Richie.

The pair made a combined 47 tackles against Australia, while Richie has made 38 this autumn without missing a single one.

Cotter will hope the pair are not forced into that volume of tackles tomorrow, but nevertheless expect an all-action display as one of the world’s best lock pairings looks to get the upper hand on Giorgi Nemsadze and Kote Mikautadze.

Lions pair Stuart Hogg and Sean Maitland link up in the back three, while 101-cap Ross Ford starts in place of Fraser Brown at hooker.

Promising openside Hamish Watson faces a mountainous task in the form of Gorgodze, while captain and scrum-half Greig Laidlaw will look to contain Lobzhanidze.

What they’ve been saying:

"We have so much respect for Georgia. They will be physical up front as they play a forwards-based game. However, they are also developing their backs.”

Milton Haig (Georgia head coach): "Vern gave me a glowing reference when I became Georgia head coach in 2011 and is a very good friend of mine but it would be great for us to beat Scotland, partly to show others how good a side we are.

"Beating Scotland would be a great moment for us. There is a bottle of whisky on the outcome."

Edinburgh prop Allan Dell has done little wrong since making his Scotland debut against Australia earlier in the autumn.

Like tighthead Zander Fagerson, he has real ability to make inroads in the loose, but is robust enough to hold his own at scrum-time.

Dell was not as convincing against a powerful Argentina front-row as he had been against Australia, but to stick out 74 minutes in the front-row at any level is impressive, nevermind in a full-throttle Test match against seasoned opposition.

Toulon tighthead Levan Chilachava is just 25 but will put young Dell to the test in a contest that will shape the game.

Haig will probably view the front-row as an area where the Lelos can assert some superiority, but Dell has been unbowed so far in Test rugby and the return of centurion clubmate Ross Ford will only boost his burgeoning confidence.

If Dell can hold his own, Scotland’s backs can count on fast ball and a perfect surface at Rugby Park, if Chilachava comes out on top, prepare for an arm-wrestle.

Scotland and Georgia have met just once before – Dan Parks was the hero that day, kicking 15 points to edge his side to a 15-6 win in the 2011 World Cup.

Cotter’s men have the chance to win two successive home fixtures for the first time since they beat Italy and Ireland during the 2013 Six Nations.

If the Scots win, it will be their sixth win in ten Tests during 2016, meaning that they will finish with a positive win to loss ratio for the first time since 2010 and their highest win percentage since 2002.

Georgia can win nine Tests for the first time in a year – their only defeat in 11 Tests came to Japan on November 12.

The Lelos, however, are yet to record a victory over a tier one nation.