LionsWatch: Five talking points ahead of the weekend’s action

With a frantic festive period on the horizon, there's hardly a more important time for Aviva Premiership and Guinness PRO12 sides to start picking up valuable points. [more] 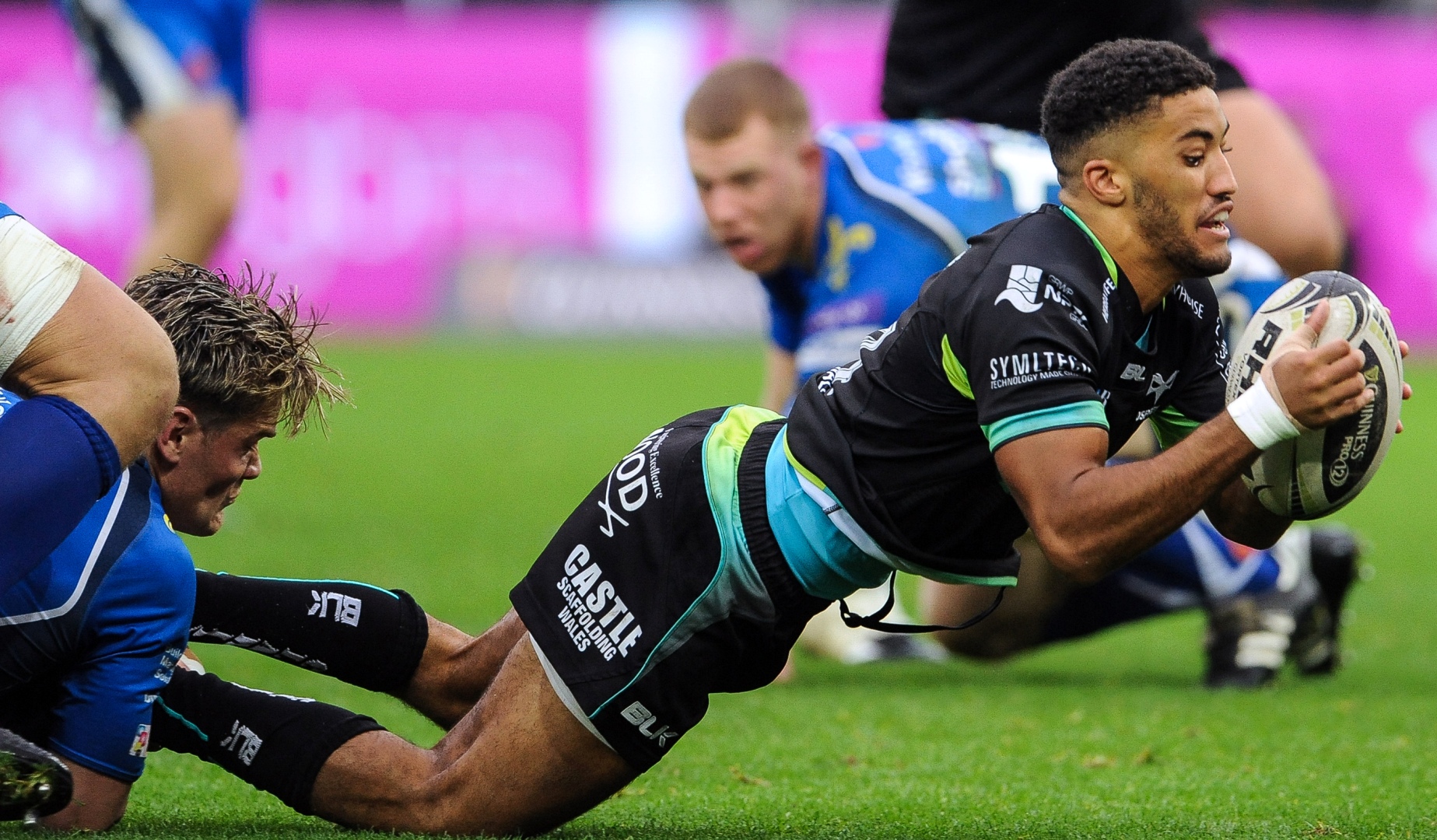 With a frantic festive period on the horizon, there’s hardly a more important time for Aviva Premiership and Guinness PRO12 sides to start picking up valuable points.

And with another hectic week of domestic action to come, we pick out five key things to look out for as the domestic tables continue to take shape.

The saying goes that form is temporary, class is permanent, and Keelan Giles will certainly be hoping he falls into the latter category.

The teenage winger has had what can only be described as a glistening start to his Ospreys career, enough to earn him a place in Rob Howley’s Wales squad for the autumn internationals.

His youth will look to combine with the experience of 2013 British & Irish Lion Alun Wyn Jones, who captained the third Test, who returns for the visit of Edinburgh – a game that could see the Welsh region top the table come the evening’s end.

A hat-trick against Lyon in Challenge Cup action was just the start for Giles, who already has eight tries to his name in just five appearances.

But the 18-year-old will be desperate to show his form is not beginner’s luck, also boasting a chance to show his class when Edinburgh come to the Liberty Stadium.

Welcome back to the Liberty!
Who's looking forward to seeing these boys back in the starting XV tonight? #MyTeam https://t.co/7JrwXwToNg pic.twitter.com/AyuaHEoDvQ


Itoje back to lend a helping hand

There’s very little that can lift the spirits of a Saracens side enjoying yet another illustrious season in the Aviva Premiership, but the return of Maro Itoje will certainly boost morale.

The forward was forced out of England’s autumn internationals series with a fractured hand, but is back and ready to make his mark when the champions make the trip to the Rec and Bath.

The 22-year-old has enjoyed something of a breakthrough 2016, a force to be reckoned with in the lock position, already looking assured despite making just seven appearances at international level.

Heavyweights return with victory a necessity

With Cardiff Blues’ four defeats in five flanked by Ulster’s three losses in succession – it’s hard to know which team needs the points more when they meet at BT Sport Cardiff Arms Park on Saturday.

Both have been on a difficult run of form of late, but confidence will surely be high with their returning international stars come to the fore.

A triumvirate of British & Irish Lions start for Blues in Sam Warburton, Alex Cuthbert and Gethin Jenkins, while five-Test Lion Tommy Bowe is in the Ulster XV.

But with the pair squandering promising starts to the Guinness PRO12 campaign, Danny Wilson and Steve Tandy will be keen to get points back on the board ahead of a congested winter schedule.

The Red Rose are a different entity at the breakdown these days following the rise of Maro Itoje and their own superb flanker combination in James Haskell and Chris Robshaw, but only the latter will be lining up for England this Saturday.

Therefore much of the onus will be on Tom Wood – who has stepped up for the injured Haskell at No.7 this autumn – to stymie Pocock and Hooper’s talents after the tackle.

And if Hughes can carry the ball as abrasively as Vunipola and get the Australians backpedalling, England have every chance of making it 14 wins on their spin and equalling their all-time record.

Tuilagi on the prowl for Tigers

It’s been more than two years since Manu Tuilagi started a game for England, but now might finally be the time the centre can put injury worries firmly to bed.

A groin problem has been the latest setback to put the 25-year-old on the treatment table, now due to return for Leicester Tigers’ clash with the Northampton Saints.

It’s a comeback that will have to come off the replacements bench for Tuilagi, with his side looking to maintain their hold on the Premiership’s top four.

But they have boast the Midlands derby bragging rights on the Saints, victorious in their last four encounters.