It was a day that marked the return of many stars to domestic rugby action as the Guinness PRO12 and Aviva Premiership set the scene for another enthralling round of Saturday fixtures. [more] 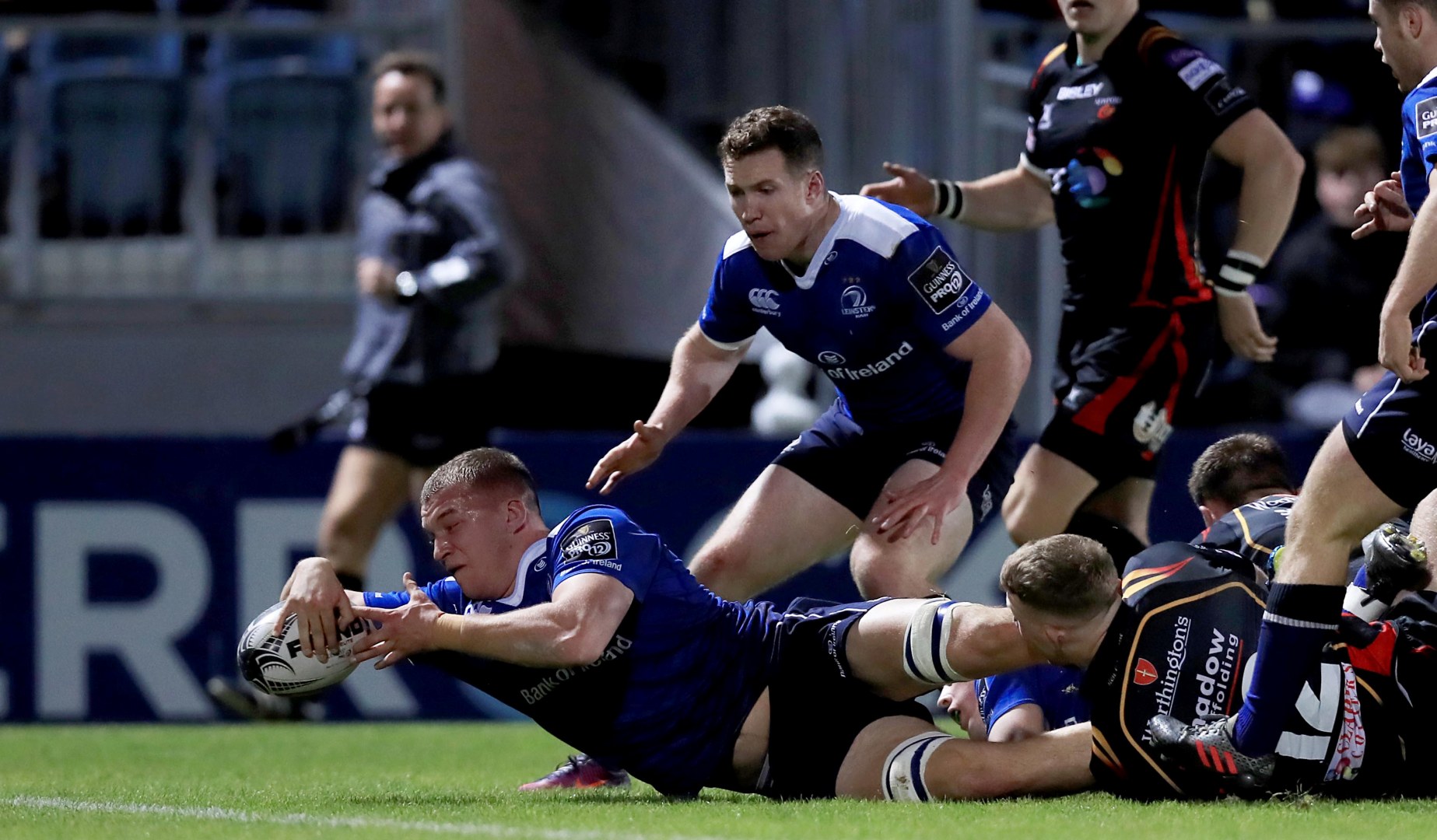 It was a day that marked the return of many stars to domestic rugby action as the Guinness PRO12 and Aviva Premiership set the scene for another enthralling round of Saturday fixtures.

While much of the rugby world would have been transfixed by another England victory against Australia at Twickenham, there was certainly plenty of other thrilling clashes to soak in up and down the country.

Aviva Premiership table-toppers Saracens had a tough time at Bath, while Gloucester and Leicester Tigers got the better of local rivals Bristol and Northampton Saints respectively.

And there was lots going on in the Guinness PRO12 too, with Leinster keeping the pressure on Munster at the summit – the gap between the top three now down to just a solitary point.

Maro Itoje played the full 80 minutes on his return to the Saracens jersey after recovering from a broken hand, but he couldn’t stop his side losing 14-11 at the Rec.

The 22-year-old, who slotted back into the second-row for Saracens, was forced to miss the autumn series in what has been a stunning year for both club and country – culminating in his Breakthrough Player of the Year gong at the World Rugby awards.

Three Tom Homer penalties and a Max Clark try saw Bath take the spoils, while Semesa Rokoduguni and Dave Attwood were both back in the south west and in the squad having been released to play by England.

Sean Maitland – who toured with the British & Irish Lions in 2013 – got Sarries’ only try just before the end of the first half, but it was not enough to rally Saracens.

It was a cameo that only lasted 29 minutes, but Leicester Tigers would have been delighted to see the return of Manu Tuilagi to Welford Road.

The 2013 Lion took to the field for 20 minutes last week, and enjoying a slightly longer run-out this time as the Tigers downed their East Midlands rivals Northampton Saints 19-11.

Freddie Burns’ contribution from the tee proved vital, kicking three penalties, while winger Adam Thompstone dotted down for the hosts.

Mike Haywood kept Northampton in contention, but it wasn’t enough to stop the Tigers returning to the top four.

Ulster enjoyed a first-half purple patch as Charles Piutau, Stuart McCloskey and Kyle McCall all ran in for the visitors, who also had two-time Lion Tommy Bowe among their ranks.

But the Blues kept fighting and sought inspiration from former Wales fly-half Nicky Robinson – coming off the replacements’ bench for his first appearance for the region since 2009.

And he shook off the ring rust as tries from Willis Halaholo and Alex Cuthbert, who toured Australia with the Lions three years ago, threatened a comeback before the Blues came up short 35-22.

Four points off the top 4 with a game in hand pic.twitter.com/Hrk7ZMLj2G

It’s hard to believe that, with the impact he continues to make with both club and country, Joey Carbery remains in the infancy of his career.

The 21-year-old has spent the year breaking through to become part of Joe Schmidt’s plans, the talented fly-half once again coming to the fore in Leinster’s bonus-point victory against Newport Gwent Dragons.

Peter Dooley, Ross Molony, Jack Conan all dotted down in the first half in an impressive win, with the top three of Munster, Leinster and Ospreys now separated by a solitary point.

.@JackConan1: "Much better than last week. We had a chip on our shoulder after underperforming." #LEIvNGD pic.twitter.com/FTV9dnO0PV

Elsewhere, there were further derby honours to take in the Premiership, with Gloucester preventing Bristol from a first win of the season.

That was despite the Cherry & Whites trailing 6-0 at the break, with Matt Scott among those to cross as Gloucester amassed four tries and a bonus point in the 26-18 win.

Connacht enjoyed a fruitful afternoon under the posts with a 47-8 success over Benetton Treviso, while Scarlets held off a spirited Zebre side to win 31-24 in Italy.