Jack Carty's last-gasp conversion kept Connacht in the hunt for the European Champions Cup knockout stages after they downed Wasps in Galway. [more] 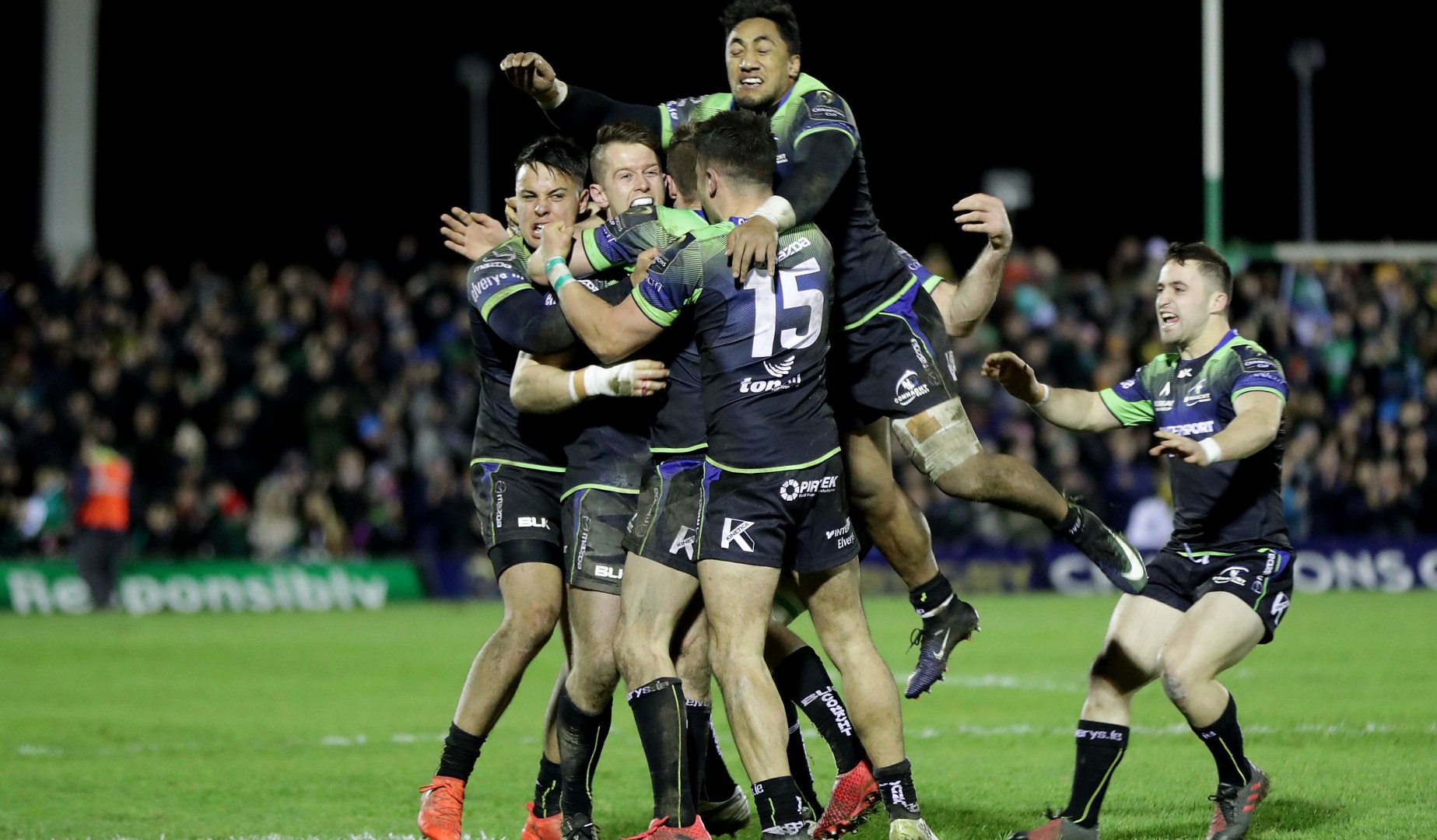 Jack Carty’s last-gasp conversion kept Connacht in the hunt for the European Champions Cup knockout stages after they downed Wasps in Galway.

Wasps – last year’s semi-finalists – looked like they had done enough when Josh Bassett went over with less than ten minutes remaining.

But back came the defending Guinness PRO12 champions, led by the inspirational Bundee Aki, and it was Naulia Dawai at the back of a rolling maul that levelled the scores at 18-18.

That set the stage for Carty who held his nerve despite a mixed record from the tee in Europe this season to leave them tied with Wasps and Toulouse on 13 points atop the standings in Pool 2.

Leading into the match, the personal battle between Joe Launchbury and Ultan Dillane had been singled out with next year’s British & Irish Lions Tour in mind.

And the battle was indeed a stand-out, the England lock leading by example for Wasps.

He was heavily involved in their first try – his line break setting up the territory before Joe Simpson eventually went over – and a second-half turnover relieved the pressure.

In between the England lock also found time to make ten tackles for Dai Young’s side who led 7-6 at the interval.

But his opposite man wearing No 4 for Connacht Dillane was equally influential – making 11 tackles and nine carries in an exhaustive effort around the park – highlighted by one supreme hit on Wallaby star Kurtley Beale.

And the lock was pivotal in the final rolling lineout that secured victory for the home side at the Sportsground.

Nathan Hughes and Thomas Young impressed in the Wasps back row – the newly-capped England international collecting the Welshman’s offload to set up the first try of the night.


But the Connacht threadbare backline played with admirable ambition all night and it was that man Carty who created their vital score just before the interval.

Ireland winger Niyi Adeolokun’s line break from a rehearsed lineout move put Connacht on the front foot and then Carty lifted a delicate kick into the dead ball area in the left corner where Danie Poolman had the simple task of falling on the ball.