Owen Williams did his best Ronan O'Gara impression by smashing through a last-minute, long-range penalty from inside his own half to keep Leicester Tigers' European Champions Cup hopes alive. [more] 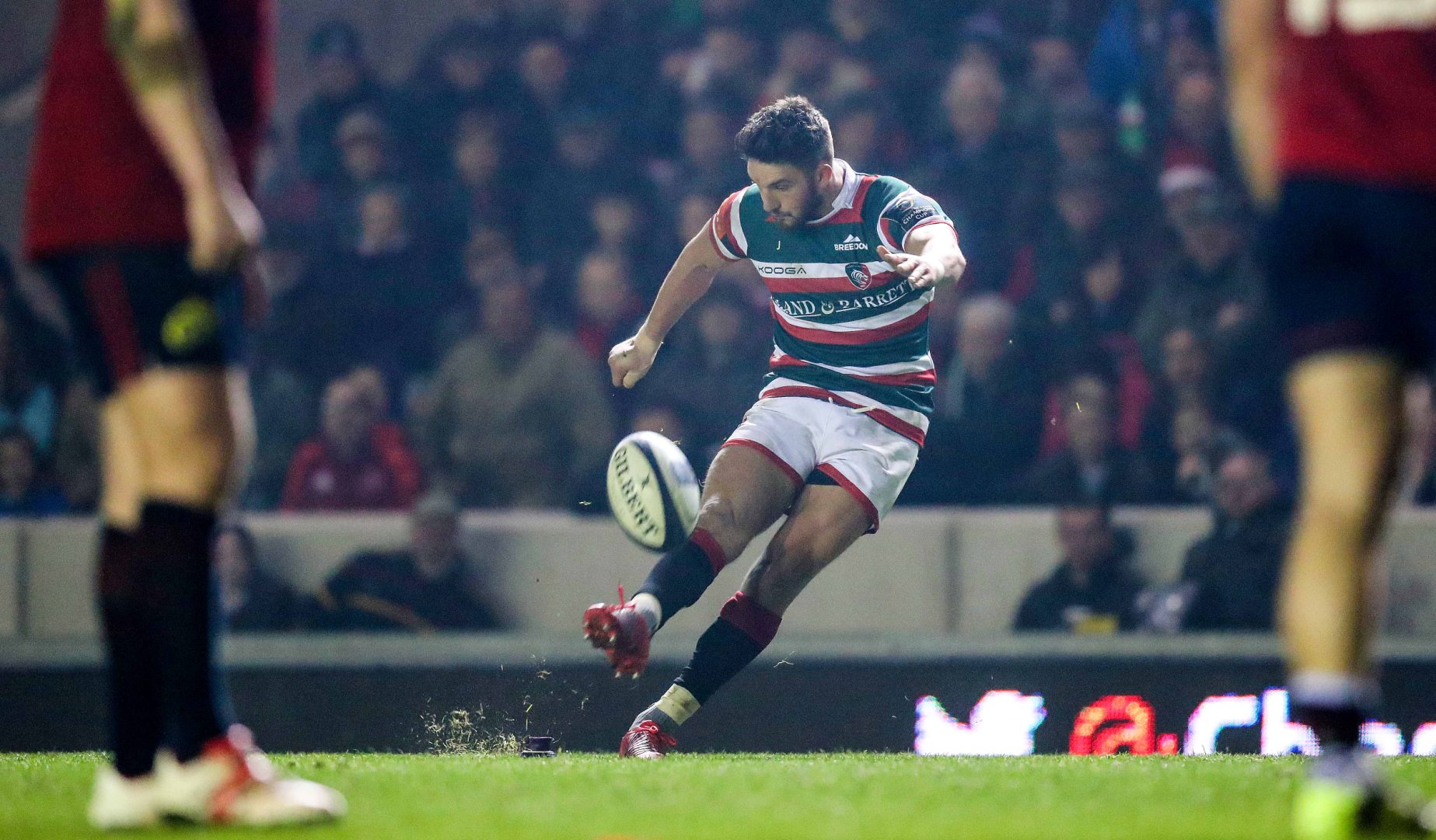 Owen Williams did his best Ronan O’Gara impression by smashing through a last-minute, long-range penalty from inside his own half to keep Leicester Tigers’ European Champions Cup hopes alive.

Three-time British & Irish Lion O’Gara broke Leicester hearts ten years ago when he led Munster to victory from the tee at Welford Road with a humongous effort.

This time the ball flew between the sticks off the back of the home crowd’s roar – from a full 52 metres out – and wrapped up an 18-16 Leicester victory.

The Welsh fly-half, deputising for the injured Freddie Burns, was a steady hand on the tiller all afternoon as he out-gunned Tyler Bleyendaal by six penalties to four.

But it had all looked a lost cause when Munster hooker Niall Scannell bundled over with five minutes to go and Bleyendaal scored the go-ahead conversion.


FIRST HALF IS BLOW-FOR-BLOW

This was do-or-die with Leicester, with just one win from three and reeling from a 38-0 defeat away to Munster last week, but it was the visitors who edged the opening exchanges.

Bleyendaal, who racked up 18 points at Thomond Park, scored two early penalties while Peter O’Mahony was frustrating Leicester at the breakdown.

However, the hosts grew into the game and two bulldozing carries by England loosehead Ellis Genge in particular got the crowd on their feet.

And even with Manu Tuilagi in the sin bin for a shoulder charge, two penalties from Williams sent Leicester in level at the break.

After a trade of penalties, Welshman Jack Roberts again got Welford Road going with a superb break after initially losing his footing.

His efforts saw Williams nudge Leicester ahead from the tee, before a harrying Roberts ushered Keith Earls into touch deep into his own half when a promising Munster move broke down.

Williams eventually stepped up for his fifth time of the afternoon but Munster came charging back and after a succession of pick-and-goes – Scannell made his way over the line.

Bleyendaal thought he had won it for the Munstermen before Williams’ starring moment.