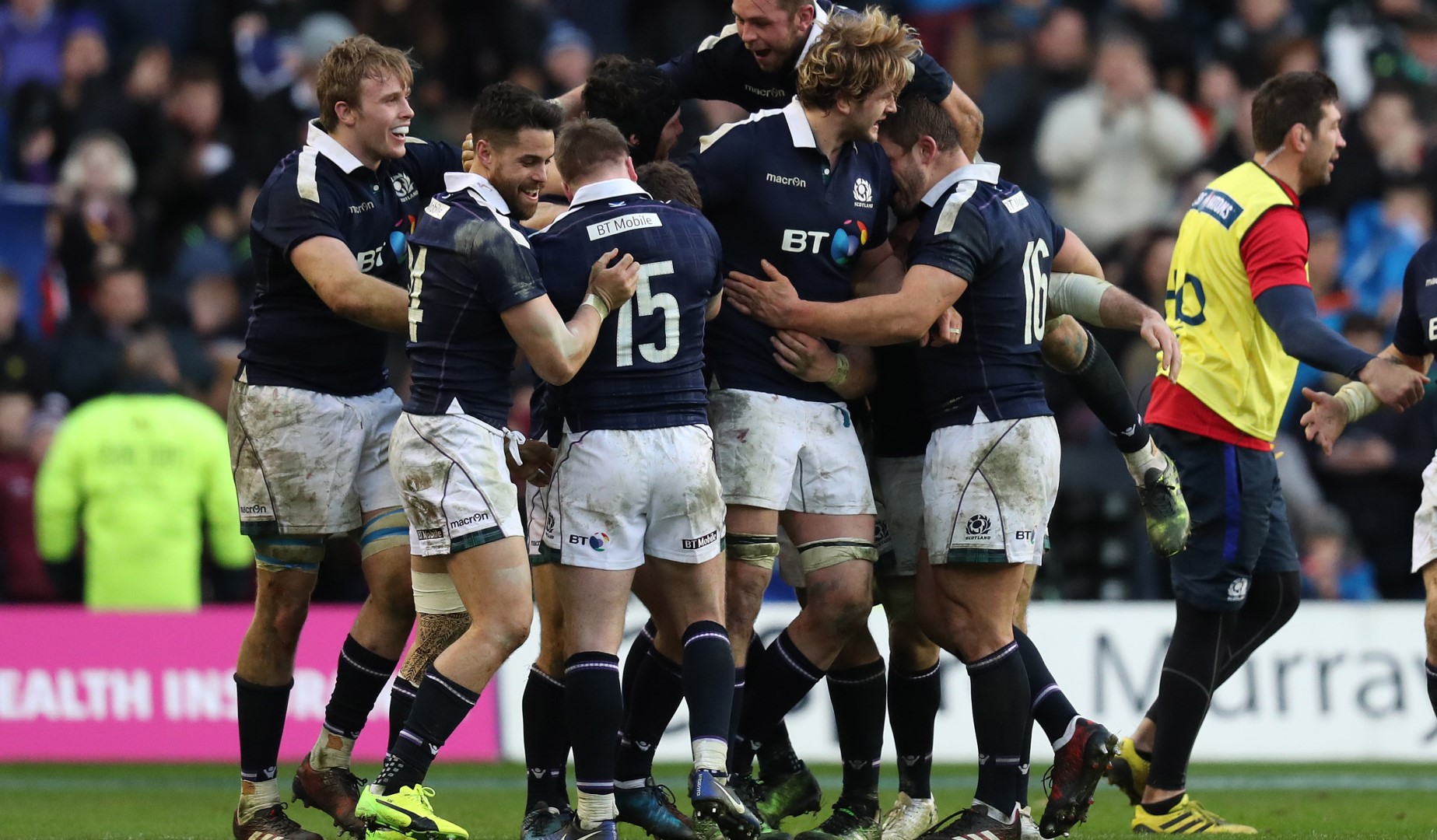 The playing squad that will tour New Zealand in June will be announced on April 19 so this Championship is the pivotal shop window for players to press their case.

And here LionsWatch goes behind the numbers to take a look at some of the stand-out stars that furthered their claims in week one.

No more Gray days for Scotland

Scotland had not won on the opening weekend of the RBS 6 Nations in more than a decade but they turned the tables in Edinburgh on Saturday to down Ireland.

It was victory that owed much to their defensive masterclass and no-one epitomised that work rate more than the Gray brothers, Richie and Jonny in the second row.

The duo combined for a mammoth 50 tackles in the game – Jonny’s tally of 27 a record for Scotland in the RBS 6 Nations.

Richie was not far behind on 23 while the taller of the two brothers also tossed in a lineout steal and made 13 carries to his younger brother’s 14.

That ridiculous work rate was not just limited to Scotland’s second row however – indeed of the top tacklers across the four home nations this weekend seven of the top eight wore Scottish blue.

But while Scotland were having to give their all in defence, Ireland came within a whisker of turning the game on its head in the second half.

There were a number of notable performers with ball in hand for Joe Schmidt’s side as they battered away at the Scottish line.

CJ Stander and Jamie Heaslip led from the front while behind them Robbie Henshaw in midfield darted and weaved looking for chinks in the Scottish defensive line.

Chuffed to bits to come away with the win. BT Murrayfield was rocking, great atmosphere. Thanks for your support. @Scotlandteam #OurDay


That in the end their dramatic fightback fell short owed much to Scotland’s fast start – and the talisman there was Stuart Hogg.

The full-back became Scotland’s record try scorer in the RBS 6 Nations with his double and his overall stats of 104 metres made, three defenders beaten and two clean breaks marked him out as one of the star full-backs of the weekend.

The second game of the weekend at Twickenham saw England extend their unbeaten run to a record 15 games.

England Head Coach Eddie Jones described the performance as ‘ugly’ but even so Gatland will have learned a great deal from the way the Red Rose stayed in bloom.

ACTION & REACTION | All the best bits from a hard fought win and hear what Dan Cole, Elliot Daly and Jamie George made of it. #WearTheRose pic.twitter.com/uBrLCmsfqN


Deprived of the ball for much of the first half, England had to muscle up in defence and in Maro Itoje, Tom Wood and Joe Launchbury they had three men who did just that.

They all finished with 15 tackles in the game, the highest in an England shirt, and Itoje showcased his versatility by sliding into the second row for the final quarter of an hour after starting the game in the No 6 shirt.

While the forwards had to roll up their sleeves and get to work, the backline showed glimpses of the form that has taken them to No.2 in the world.

2013 Lion Owen Farrell kicked 14 points, played the last ten minutes at fly-half and laid on the final pass for replacement Ben Te’o to barge over for the pivotal score.

Another man to showcase his versatility was Elliot Daly, the Wasps man starring out on the left wing and then at inside centre for England.

Daly made a clean break with all three of his carries, made 46m with ball in hand and was only denied a first RBS 6 Nations try in the second half by a superb covering tackle by Noa Nakaitaci in the corner that put his toes in touch.

Behind him Mike Brown was also at his ebullient best, beating three defenders and making 104m from his ten carries with two offloads thrown in for good measure.

Wales had to be patient in Rome against Italy, sucking up a lot of pressure over the first hour of action in the Stadio Olimpico.

Ross Moriarty’s 15 tackles led the way in that respect – no other Welshman got into double figures for tackles while Sam Warburton made a bruising 14 carries in the back row.

But when their chances came in the final quarter the Welsh backline showed a ruthless edge.

George North scored a stunning solo try – his fifth in his last five RBS 6 Nations games to equal the Championship record – as part of 108m with ball in hand while his fellow Lion Jonathan Davies was not far behind with 80m, and five defenders beaten from his 15 carries.

And young fly-half Sam Davies – who caught the eye in the autumn – also impressed off the bench when Dan Biggar went off with injured ribs.

The Ospreys playmaker beat four defenders and made two clean breaks with ball in hand to spark the Welsh backline into action.

Attention might have been largely on the RBS 6 Nations but Munster also returned to the top of the Guinness PRO12 with a hard-fought win over Edinburgh in their re-arranged fixture on Friday night.

And in the Anglo-Welsh Cup England international Henry Slade crossed as Exeter Chiefs made the semi-finals while fellow Red Rose star Ben Foden’s double was not enough for Northampton Saints as they narrowly missed out on the final four.