Warren Gatland has admitted he was humbled by the opportunity to meet with parents and children at Temple Street Hospital in Dublin. [more] 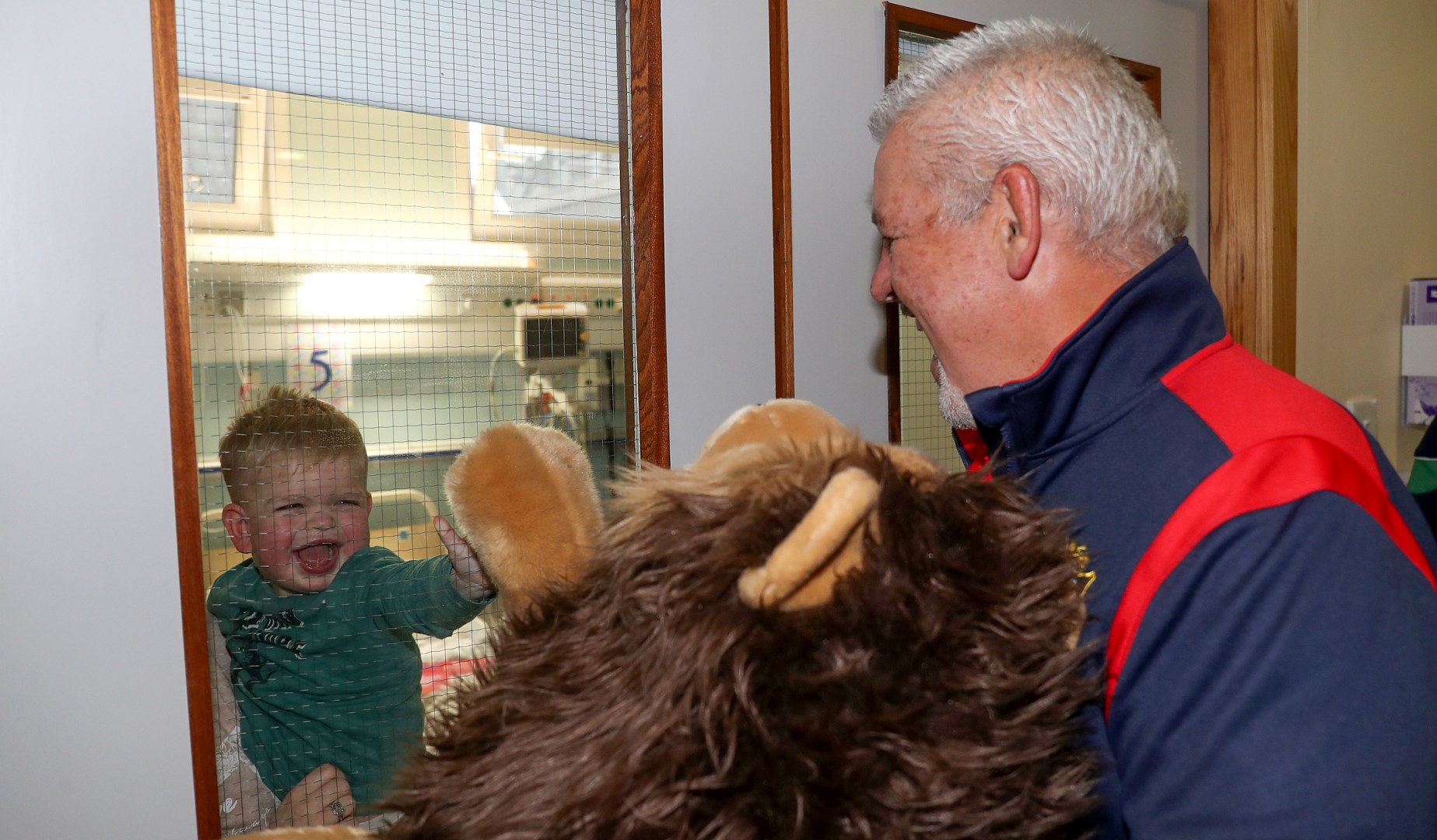 Warren Gatland has admitted he was humbled by the opportunity to meet with parents and children at Temple Street Hospital in Dublin.

The British & Irish Lions Head Coach was joined by Lions legend Brian O’Driscoll during a visit to the children’s hospital – which is one of four Official Charity Partners of the Tour to New Zealand – during a visit on Wednesday last week.

Gatland said: “It’s fantastic to be able to come here to Temple Street and see the great work that’s being done.

“You go around the wards and it’s pretty humbling to see some young kids and the dramas or traumas they are going through. Not just the kids but the parents as well.

“So it’s an opportunity for Brian and myself to put a smile on a few people’s faces and make the afternoon a little easier. It’s nice to get a bit of a reminder about what’s important in life.”

O’Driscoll has been a patron of Temple Street for a number of years, and joined Gatland in a tour around the wards speaking to children, parents and staff.

He said: “I’ve been lucky enough to be associated with the hospital for a number of years, I can see at close quarters what incredible work the staff, the doctors and nurses but also the back room team do to keep the hospital going.

“It’s brilliant that the Lions have selected Temple Street as one of their named charities.”