Despite seven Tests for The British & Irish Lions and a historic Irish Triple Crown in 1982, Ollie Campbell harbours a regret about his time with Old Belvedere RFC. [more] 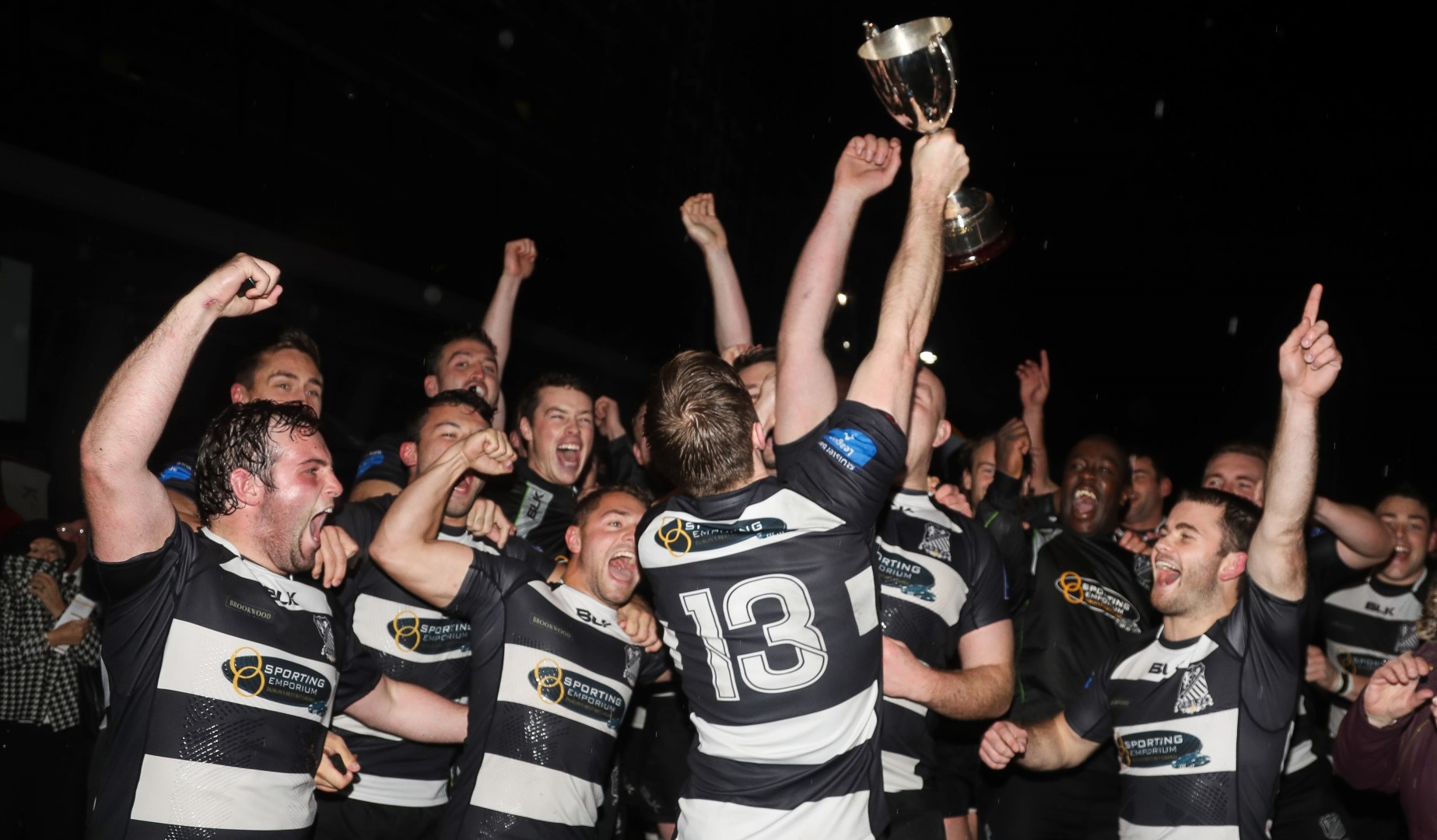 Despite seven Tests for The British & Irish Lions and a historic Irish Triple Crown in 1982, Ollie Campbell harbours a regret about his time with Old Belvedere RFC.

Born on March 3 1954, Seamus Ollie Campbell was named after his uncle – Seamus Henry, a former Old Belvedere skipper who was part of the only side in Leinster Senior Cup history to win seven titles in a row, from 1940 to 46.

In fact Old Belvedere were only granted ‘senior’ status in the 1937/38 season and fell to two first-round Leinster Senior Cup defeats against Blackrock in 1938 and 39.

They had never won a game in the tournament until, following a first-round bye, they claimed a second-round victory over Blackrock in 1940 that precipitated an unbeaten streak in the cup that would last until 26 April 1947.

Seven cups followed and into that atmosphere of raucous success came Ollie Campbell, who joined Old Belvedere upon leaving school in 1972 and is still a patron of the club’s mini and junior section today.

Campbell, like his uncle, captained Old Belvedere for two seasons in 1980 and 1981, but a slender defeat to Senior Cup behemoths Lansdowne meant he could never emulate his namesake in lifting the province's cup.

And despite a rugby CV that includes racking up every single one of Ireland’s  21 points to seal victory over Scotland at Lansdowne Road in 1982 and a first Irish Triple Crown in 33 years, his narrow miss in the Leinster Senior Cup still rankles.

“Old Belvedere has a unique place in Irish rugby, back in the 40s, we won no less than seven Leinster senior cups in a row,” the 62-year-old explained.

“No club on the Island of Ireland has done that and they were beaten in the final of the eighth year.

“Between '40 and '52 I think they were in eleven finals and won the cup nine times – that’s really the bedrock of the club’s history.

“It had only just turned senior at that time.

“My uncle Seamus – who I am named after, I am Seamus Oliver – was captain of one of those teams, he won four senior cups.

“One of the major disappointments in my life was that I was captain for two years from 80 to 82 and we lost the final by a point to Lansdowne.

“I just missed out on replicating what my uncle that I am named after did.”

There was no shortage of role models for a young Campbell. In the late 40s and 50s, Old Belvedere’s contribution to both Ireland and the Lions was pertinent.

Karl Mullen captained the Irish to their first-ever Championship Grand Slam in 1948 before going on to skipper the Lions on their 1950 Tour to Australia and New Zealand.

He played three Tests and 17 games in all for the Lions as they twice defeated the Wallabies and drew 9-9 with the All Blacks.

“He was captain in New Zealand in 1950, it was the last side to go by boat and the first Lions side to wear red.”

Perhaps Old Belvedere’s most famous son was a flying winger by the name of Tony O’Reilly, whose record of 38 tries in 38 appearances across two Tours for the Lions testifies to his outlandish brilliance.

Campbell himself racked up 184 points across the 1980 and 1983 Lions Tours to South Africa and New Zealand respectively.

Though its history is rich, the club’s commitment to continued production of Ireland internationals and Leinster stars is clear to see.

“We have around 500 to 550 kids every Sunday morning, we have had four capped players come through that mini section,” he explained.

“Ian Madigan, Noel Reid and most recently against Canada in November, Luke McGrath and Dan Leavy.

“All these guys whose fathers I played with or against. Time is marching on!

“Jack Conan as well, he didn’t come through our mini rugby, but he is also Old Belvedere.”

What’s more, though Campbell would never emulate his uncle, he can perhaps lay a claim to Old Belvedere’s resurgence at senior level.

More than two decades ago, Campbell and several others helped form the junior section that now helps to churn out top talent.

And in 2007, Old Belvedere finally ended a Leinster Senior Cup drought that stretched back to 1968, while they have gone on to claim an inaugural All-Ireland One crown, defeating a Cork Constitution side in the final that included future Lion Simon Zebo and Munster’s Peter O’Mahony.