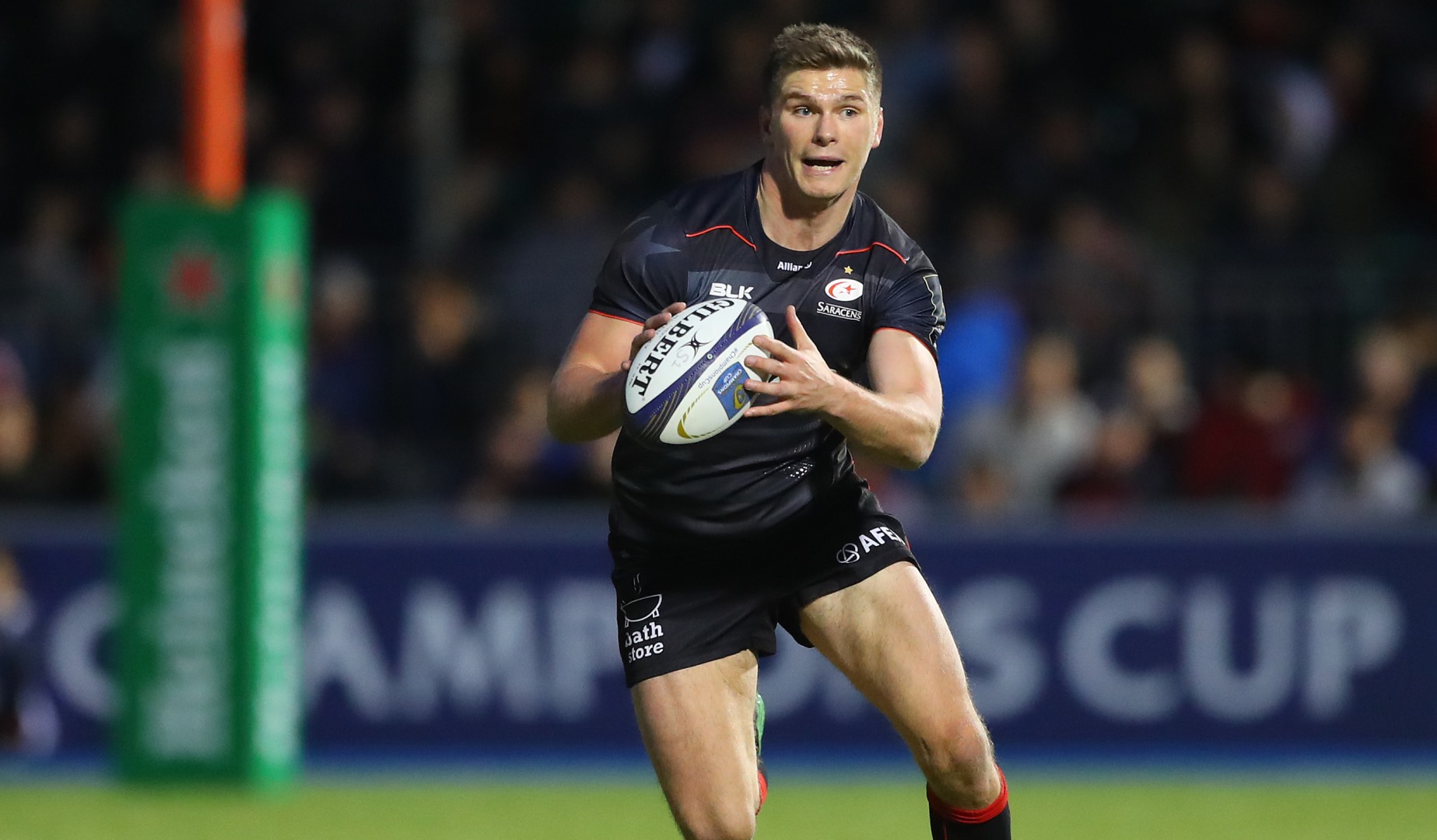 The window to audition for places is closing all the time and while the RBS 6 Nations is over, the return of the club game is another chance to impress.

Both the Aviva Premiership and Guinness PRO12 have thrown up some tasty clashes with LionsWatch in mind and we begin with a blockbuster at Allianz Park on Sunday.

Owen Farrell and George Ford dovetailed to devastating effect for England over the last two months as they claimed consecutive RBS 6 Nations crowns.

But on Sunday in north London they will become fierce rivals as they both line up at fly-half in crunch clash at the top of the table.

While Farrell has been supreme at inside centre for England with Ford at fly-half, they will both wear the No.10 jersey on Sunday.

Farrell as part of a Saracens side hoping to close the gap back to the top two spots in the league and Ford with a Bath team clinging on to fourth.

While both look to press their claims, the battle at No.8 is equally mouth-watering as Billy Vunipola and childhood friend Taulupe Faletau go head to head.

Both missed the start of the Six Nations with injury but are coming back to full fitness and will be desperate to put a marker down for New Zealand.

And the intriguing head to heads do not stop there – Maro Itoje is straight back into the second row for Sarries and he will line up against Luke Charteris.

He will be up against Anthony Watson – used on the wing by England but at full-back for his club, while Jonathan Joseph is at outside centre.

The second game on Sunday in the Premiership sees table toppers Wasps welcome Worcester Warriors to the Ricoh Arena.

Wasps are boosted by the return of James Haskell who comes straight into the starting XV but Joe Launchbury, Elliot Daly, Nathan Hughes and Tommy Taylor are all rested.

Haskell’s back-row partner in crime for England under Eddie Jones has been Chris Robshaw and he too returns this weekend.

The Harlequins man missed the entire RBS 6 Nations after shoulder surgery but is back for their clash with Newcastle at the Stoop.

Meanwhile Jack Nowell starts for Exeter Chiefs on Saturday against Sale but the pick of Saturday’s game is the East Midlands derby between Leicester Tigers and Northampton Saints.

George North, Dylan Hartley, Courtney Lawes and Tom Wood are all put straight back into the starting XV for Saints, while 2013 Lions Ben Youngs and Dan Cole do the same for the Tigers.

PRO12 BACK WITH A BANG

Tonight sees the Guinness PRO12 action return and Scarlets’ clash with Edinburgh underneath the Friday night lights kicks off another big weekend.

Jonathan Davies and Liam Williams go straight into club action at Parc y Scarlets as they start at outside centre and wing respectively to try and keep the region’s play-off push alive.

The side from the Scottish capital welcome back Ross Ford who starts at hooker and captains the side that also includes Duncan Weir and Allan Dell.

Also on Friday, Ireland duo Iain Henderson and Jared Payne return to the Ulster starting XV at blind-side flanker and full-back respectively, while Paddy Jackson is included among the replacements for their trip to Rodney Parade.

Then on Saturday in the Guinness PRO12 Stuart Hogg, Finn Russell and Ali Price all start for Glasgow Warriors as they take on Connacht.

Pat Lam’s defending champions are boosted by the return of Tiernan O’Halloran and Kieran Marmion.

Niall Scannell, John Ryan and Peter O'Mahony all return for Munster’s trip to Zebre while there are a number of big names to look out for when Leinster face Cardiff Blues.

The Blues have Alex Cuthbert on the right win and the long-awaited return from injury of Gethin Jenkins – the loosehead prop who is hoping to earn a spot on a fourth successive Lions Tour.