Domestic action is resumed this weekend, with the Guinness PRO12 and Aviva Premiership getting back underway after European club action took centre stage last weekend. [more] 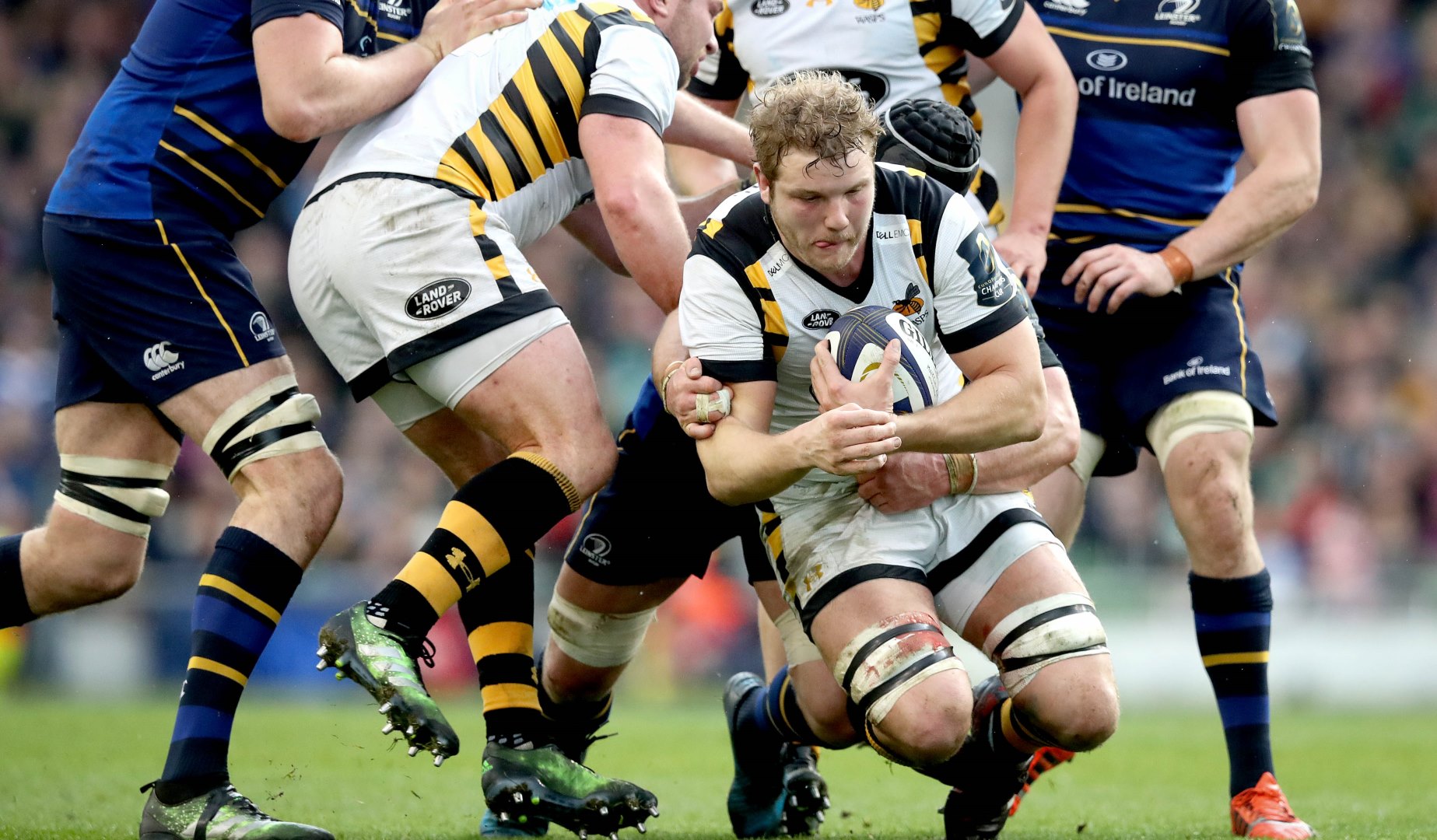 Domestic action is resumed this weekend, with the Guinness PRO12 and Aviva Premiership getting back underway after European club action took centre stage last weekend.

With Warren Gatland announcing his squad on April 19, any hopefuls for the British & Irish Lions' Touring party have just two matches to stake a claim for a spot on the plane to New Zealand.

And with the eagerly-anticipated squad announcement in mind, Gatland can feast his eyes on some pivotal domestic encounters across the British Isles.

LionsWatch is keeping a close eye on all of the key battles this weekend.

Ospreys will be looking to bounce back after they were knocked out of the European Challenge Cup by Stade Francais last time out, with half-backs Rhys Webb and Dan Biggar celebrating club milestones when they host Leinster on Saturday afternoon.

Biggar plays his 200th match for the Welsh region and, at 27, is the youngest player to reach the landmark for the club.

His half-back partner Webb plays his 100th match in the Guinness PRO12 as Ospreys host the league-leaders.

If the Welsh pair can nullify the attacking threat of Joey Carbery – Biggar’s opposite man – they could push themselves into Gatland’s thoughts ahead of the squad announcement.

And further west of Swansea, hooker Ken Owens will lead Scarlets out on his 200thappearance for the club as they host Treviso in Round 19.

Owens proved his consistency during the RBS 6 Nations as he started all five matches for Wales, and will be in contention for one of the hooker spots in Gatland’s squad.

Gatland has previously underlined his selection headache in the second-row and back-row department, and two of the primary contenders will lock horns at the Ricoh Arena.

Joe Launchbury and Courtney Lawes started all five RBS 6 Nations games in England’s engine room together, but will be adversaries come 3.00pm on Sunday.

Aside from their ferocious tackling and powerful carries, Gatland will be aware of how each man leads their line outs.

With Tommy Taylor and Dylan Hartley throwing for Wasps and Saints respectively, Launchbury and Lawes will look to outfox each other at the set-piece.

Ireland and Ulster captain Rory Best returns to lead his side at the Kingspan Stadium when they host Cardiff Blues, looking to wrap up a semi-final spot as soon as they can.

This week Best hailed the contribution and improvement of club mate and compatriot Iain Henderson after a number of stand-out performances for Ireland, and tipped him to be included in Gatland’s squad on April 19.

And with the province looking to notch up their seventh consecutive league win and playing some scintillating rugby of late, the Ulstermen will be tough for Gatland to ignore.

Saracens host Harlequins in their Derby Day fixture at Wembley Stadium as both sides continue their chase for the top four and a semi-final berth.

And there will be no shortage of Lions contenders on show, particularly in the back row when Harlequins flankers Chris Robshaw and Jack Clifford look to nullify the running threat of Saracens’ Billy Vunipola.

Clifford comes back into the Quins side and will hope to use his speed at the breakdown that earned him an England call up for their victory over Wales in February.

Robshaw, who is not long back from shoulder surgery, impressed on his return and will hope to further his claim for a Lions place with his side searching for their third successive league win.

Vunipola led Saracens for carries in their last Aviva Premiership outing – making 25 in all – and will be called upon again as the London side play in front of more than 65,000 at Wembley.

Glasgow Warriors’ European dreams died when they were knocked out by Saracens in their first quarter-final of the competition last weekend.

Head coach Gregor Townsend has named a side packed full of attacking weapons to take on Munster, as the Warriors seek a semi-final spot in his swansong year before taking up his role as Scotland head coach.

Ali Price, Finn Russell, Alex Dunbar, Tommy Seymour and Stuart Hogg were all a major part of Scotland’s mesmeric back division during the RBS 6 Nations which bore fruit for Vern Cotter.

And with nothing to lose and plenty to play for, Glasgow’s counter attack could be at its most potent at Thomond Park.