The final round of the regular season in the Guinness PRO12 and Aviva Premiership is upon us. [more] 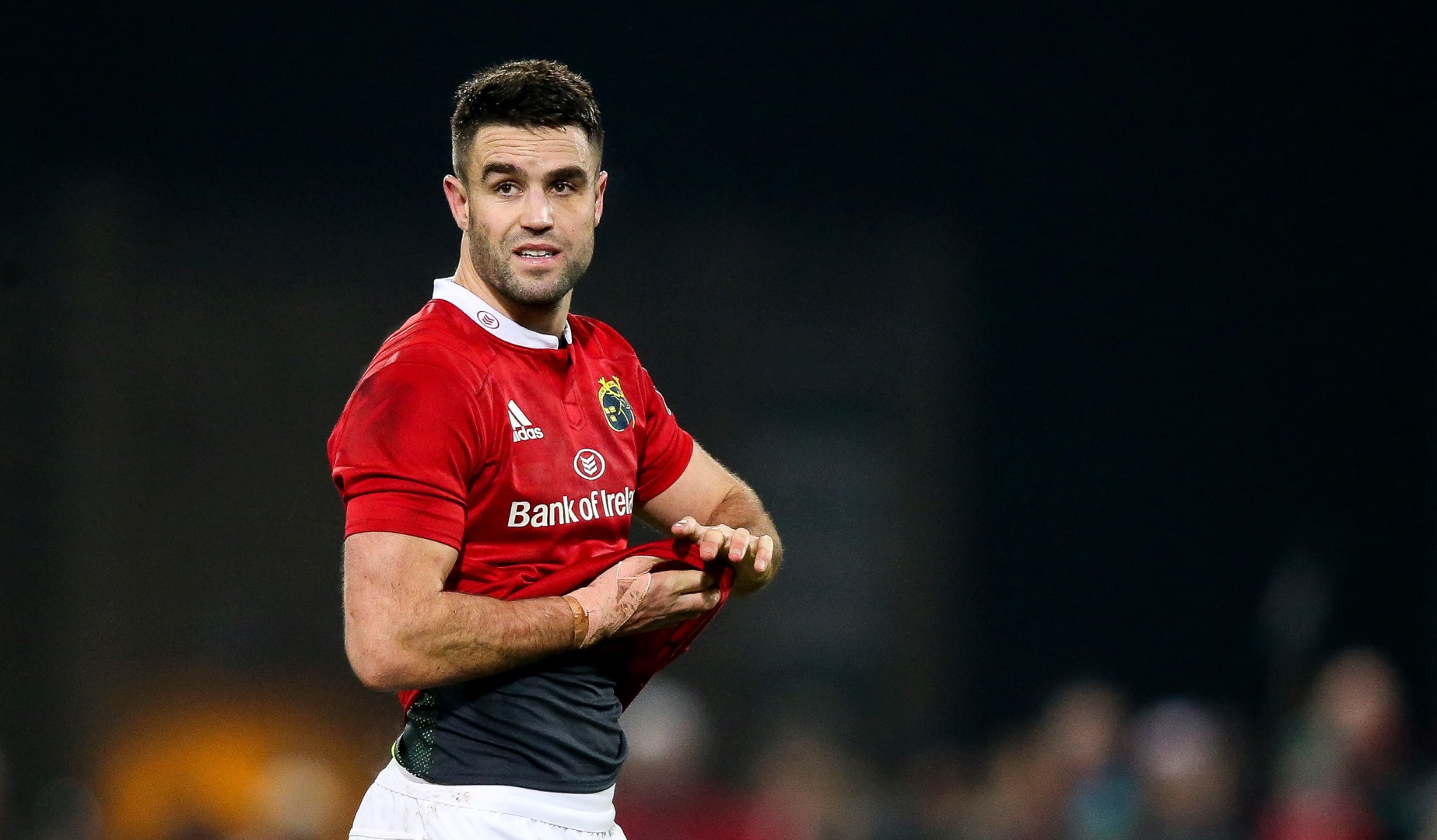 The final round of the regular season in the Guinness PRO12 and Aviva Premiership is upon us.

And a great number of Warren Gatland’s 41-strong British & Irish Lions squad will be in action as sides battle for play-off places, Champions Cup qualification and local bragging rights.

The battles are set to go down to the wire and Gatland and his coaching staff will be watching on with interest as the Test series against the All Blacks moves into view.

The return of scrum-half Conor Murray is the marquee news, the two-time Lion will enjoy his first action since March if called off the bench for Munster against Connacht.

But Parc y Scarlets will be the ground with the most 2017 Lions on show as the Scarlets welcome the Ospreys in Guinness PRO12 action.

Six in total will be on show, Dan Biggar, Rhys Webb and Justin Tipuric all starting for the Ospreys as they look to secure the point that will guarantee them fourth spot in the table and a semi-final berth.

Scarlets meanwhile are in third and give skipper Ken Owens, centre Jonathan Davies and wing Liam Williams starts as they look to carry momentum into the play-offs.

Feeling nostalgic as we prepare for @SanjayWills' farewell tomorrow and came across these! Taken in 2012 & 2016! #friendsforlife #Scarlets pic.twitter.com/kCXFFdfOCt


The only side that can catch Ospreys in the race for fourth is Ulster but they have rested their Lions in Rory Best, Iain Henderson and Jared Payne for the visit of Leinster.

The boys in blue include both Jack McGrath and Tadgh Furlong in their starting XV for the clash in Belfast but Jonathan Sexton, Sean O’Brien and Robbie Henshaw are all given the week off.

Staying in Ireland, and Murray is named in his first matchday 23 since the scrum-half sustained a shoulder injury in Ireland's RBS 6 Nations encounter with Wales.

He is joined on the bench by flanker Peter O’Mahony as they look to leapfrog Leinster and claim top spot in the final table.

Glasgow Warriors are guaranteed to finish sixth in the Guinness PRO12 but they will look to send off outgoing coach Gregor Townsend in style.

Stuart Hogg returns at full-back and will make his 100th appearance for his club where he is joined by Tommy Seymour, who moves back to the wing.

Meanwhile in the Aviva Premiership the battle for the top six and Champions Cup qualification sees all eyes turn to Franklin’s Gardens.

Northampton give starts to Courtney Lawes and the returning George North for the clash with Harlequins.

Quins meanwhile have both Joe Marler and Kyle Sinckler in the front row – the latter making his 100th appearance for the club at the age of only 24.


At the top of the table Wasps welcome Saracens to the Ricoh Arena with both sides chasing a home semi-final.

Elliot Daly wears the No 13 jersey for the hosts who are looking to bounce back from defeat last time out to Quins and secure top spot in the table.

Saracens give George Kruis another start in the second row as he continues his return from injury, while Jamie George is on the bench.

However the Vunipola brothers, Owen Farrell and Maro Itoje have all been rested with next week’s European Champions Cup final in mind.

Bath still have a small chance of grabbing fourth spot from Leicester and Taulupe Faletau starts at No 8 against Sale looking to build on his hat-trick last time out.

Anthony Watson and Jonathan Joseph are both rested however, while the Tigers include Ben Youngs and Dan Cole to take on Worcester.


Ben Te’o wears 12 for the Warriors, while at Kingsholm Jack Nowell will switch to full-back for Exeter’s clash with Gloucester.