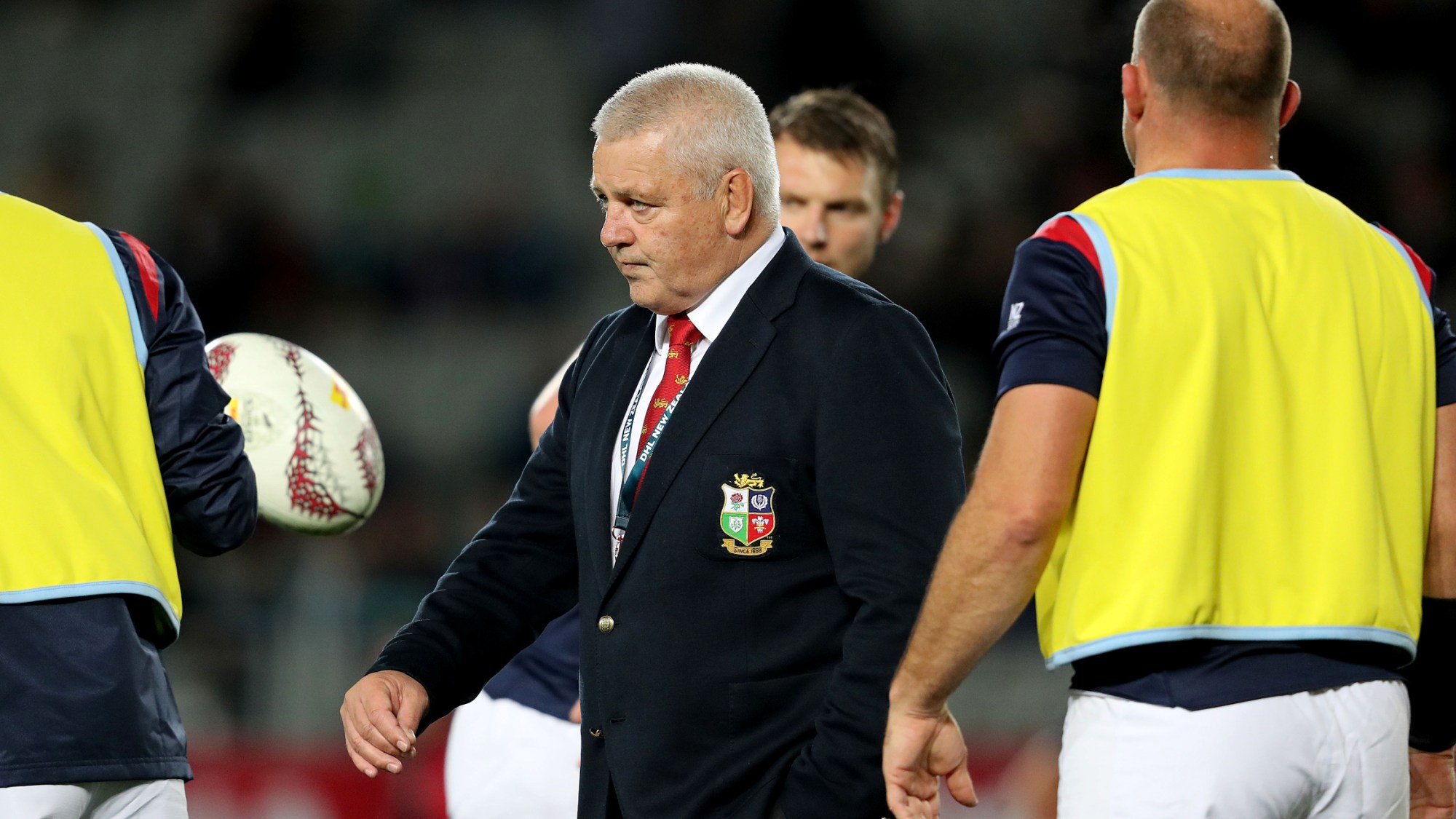 The British & Irish Lions may have lost to the Blues on Wednesday night but Head Coach Warren Gatland found plenty of positives in an improved performance from their Tour opener.

“We can take positives from that and you can take a lot of things in your control that you can change and improve.”

After last Saturday’s victory against the NZ Provincial Barbarians on Saturday, the Lions slipped to a narrow 22-16 defeat to the Blues at Eden Park.

The scrum impressed throughout while CJ Stander crossed for a try on his Lions debut at the back of a rolling maul before Ihaia West’s dramatic late score broke Lions hearts.

But despite the reversal, Gatland found plenty of reasons for encouragement as his side continue to build into their ten-match, six week Tour.

“I thought it was a step up from Saturday, There were a few areas from a set-piece point of view that we need to tidy up. I thought the scrum was excellent. We kept putting them under pressure,” he said.

“Generally the lineout was good on our ball. We just had a little bit of miscommunication, we know that will improve. I’m generally pretty happy with the set-piece.

“We know the quality of New Zealand sides. I thought it was a big improvement from Saturday. That team has been together and we will continue to improve.

“The thing about playing these quality sides, we talked about the Test match series and the preparation. If you look back to 2013, we won the first game against the Barbarians by 70, the next game against the Western Force by 60, it wasn’t great preparation for the Test matches. We have learned a lot from tonight, we’ve learned a lot about the opposition and we will keep improving.

“We’ve played a lot better tonight and put ourselves into position to win the game. We can take positives from that and you can take a lot of things in your control that you can change and improve.”

After a powerful maul, CJ Stander crosses for a try on his Lions debut 💪 – watch it here 🎥: https://t.co/0Ux3F4Mewh #BLUvBIL #LionsNZ2017 pic.twitter.com/2gL8XRZsue

The Blues crossed for three tries, Rieko Ioane going over early on before a fortuitous score from Sonny Bill Williams on the stroke of half-time that shifted the momentum of the encounter.

But it was West’s late score that proved decisive – Leigh Halfpenny having kicked the Lions back in front in the second period – and Gatland is confident his side will learn from the defeat.

“We’ve started off well, they got themselves in front but we got ourselves back in front,” he added. “The try on half-time was obviously disappointing. To get ourselves in front and concede a try, let’s take nothing away from the try Ihaia West scored and the offloading of New Zealand teams, that’s only going to continue.

“We’ve got to be a little bit better at stopping the offloading game. Generally I thought we did that very well, our line speed defensively, we coped with that. It’s a moment of magic which you do get from New Zealand teams. I’m happy there was an improvement, disappointed we lost the game obviously.”

Ken Owens: “It’s just those slight errors that have cost us. We’re going in the right direction.”#BLUvBIL reaction https://t.co/NOVuxhVSks pic.twitter.com/LU0m9c9VyC

Next up for the Lions is a clash with the Crusaders on Saturday in Christchurch – and Gatland insists that cutting their teeth against the best Super Rugby has to offer will stand them in good stead for the Test series.

“Saturday is going to be another tough encounter but those players will have been together and gelled a little bit longer so I would expect to see an improvement from tonight’s performance again on Saturday,” he added.

“There’s so much strength in depth in this country that I don’t think there will be a lot of difference between some of the Super Rugby sides and the All Blacks. These guys have been together for seven months, the All Blacks are coming together cold.”