All Blacks warm up for Lions with Samoa success

New Zealand warmed up for the Test series against The British & Irish Lions in fine style with a 12-try win over Samoa at Eden Park. [more] 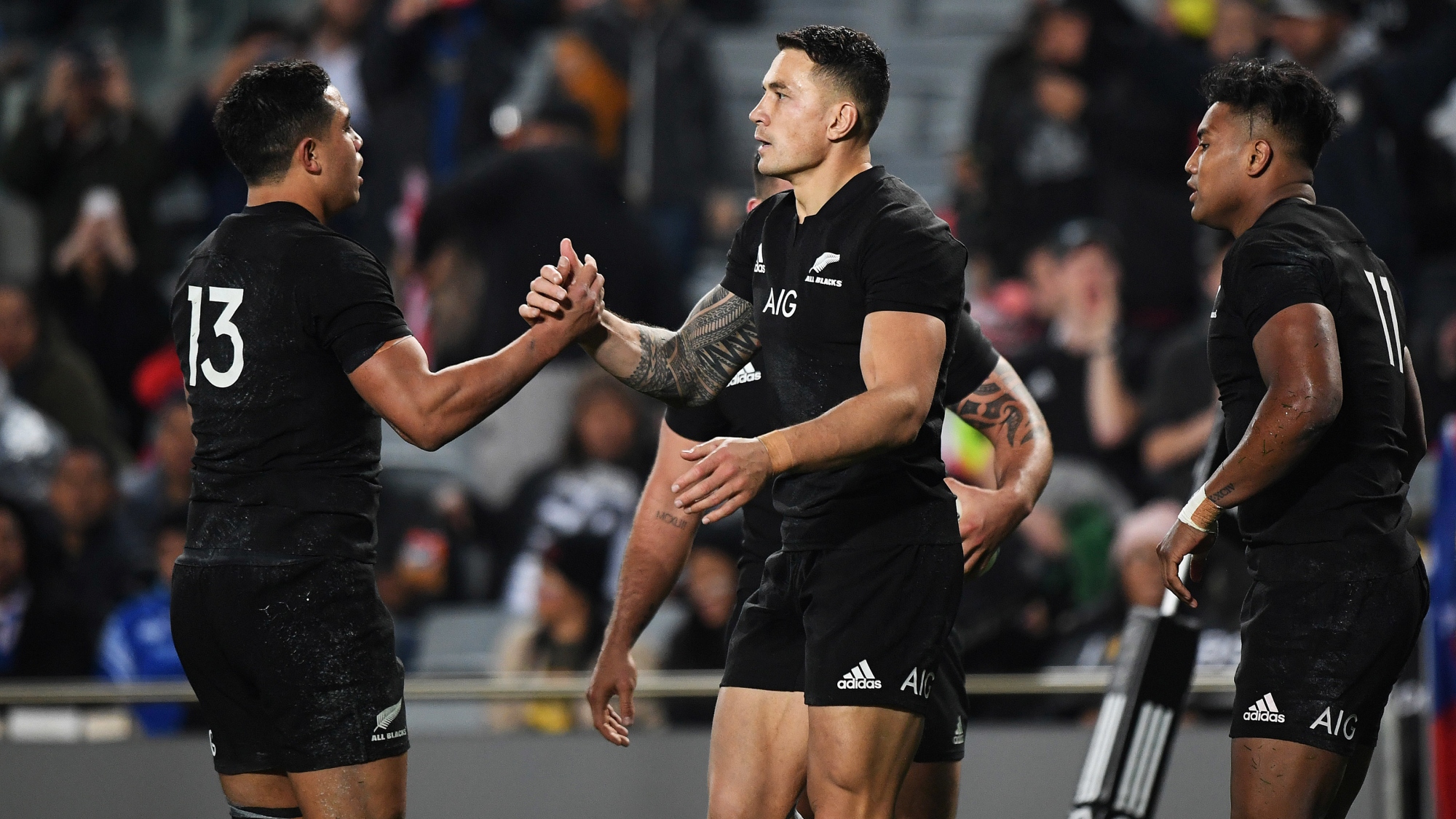 Beauden Barrett marked his 50th cap for the All Blacks with two tries and kicked seven of eight conversions for a 24-point haul.

On a night that saw his little brother Jordie Barrett make his debut off the bench and middle brother Scott also introduced as a replacement – the first time three brothers have appeared in the same game for New Zealand – Beauden scored the second of the All Blacks’ four tries in the first half.

Anton Lienert-Brown crossed for the first, Ardie Savea the third and Sonny Bill Williams the fourth.

The Pacific Islanders started brightly but the hosts weathered the early storm and had the game’s first try in the 12th minute.

Lienert-Brown was the scorer, albeit somewhat fortuitously after he collected Beauden Barrett’s offload over the line at the second attempt to dot down.

Tim Nanai-Williams had already made one line break for Samoa but the chance was wasted and they were similarly profligate soon after when Alapati Leuia’s charge came to nothing.

And the All Blacks made them pay, going coast to coast for their second try as Barrett hacked through Williams’ offload for the score.

FT | The #AllBlacks claim a 78 – 0 win against Samoa in the @AmericanExpress #PasifikaChallenge here at Eden Park. #NZLvSAM pic.twitter.com/9UicN4t9ny

The fly half then added the extras as well and now the home side were in the groove, the third try following soon after, Ardie Savea going over after a well-worked lineout move through midfield released him.

Brodie Retallick then spoiled a superb individual half when he knocked over with the try-line begging but they did have a fourth before the break, Williams barging over from short range.

Barrett stayed perfect from the tee with the extras and at 28-0 at the break the game was over as a contest.

And the one-way traffic continued after the interval, Dagg the next to profit from a Samoan error and burst clear down the right for their fifth try of the night.

The sixth score followed in the 54th minute, this time it was Julian Savea who strolled over down the left after being fed by Lienert-Brown for his 46th Test try of his career – joint second in the all-time charts.

The eighth score came before the hour-mark, a quickly-taken lineout releasing the impressive Ben Smith who broke through to feed Taylor.

The half-century mark came up in the 60th minute, Beauden Barrett sliding over in the left corner for his second try of the night and he added the extras before being replaced by Lima Sopoaga.

Scott Barrett was now on as a replacement and his break then paved the way for the next score as Dagg released Fifita for a try on debut.

The youngest brother Jordie Barrett was then introduced for his debut at full back and it was Perenara who went over for their tenth on the night after a fine break by Sopoaga before Ardie Savea and Cane rounded out the scoring.

Wales beat Tonga in the first game of the double header – labelled the Pasifika Challenge – in Auckland, eventually running out 24-6 victors to claim their first-ever victory at Eden Park.