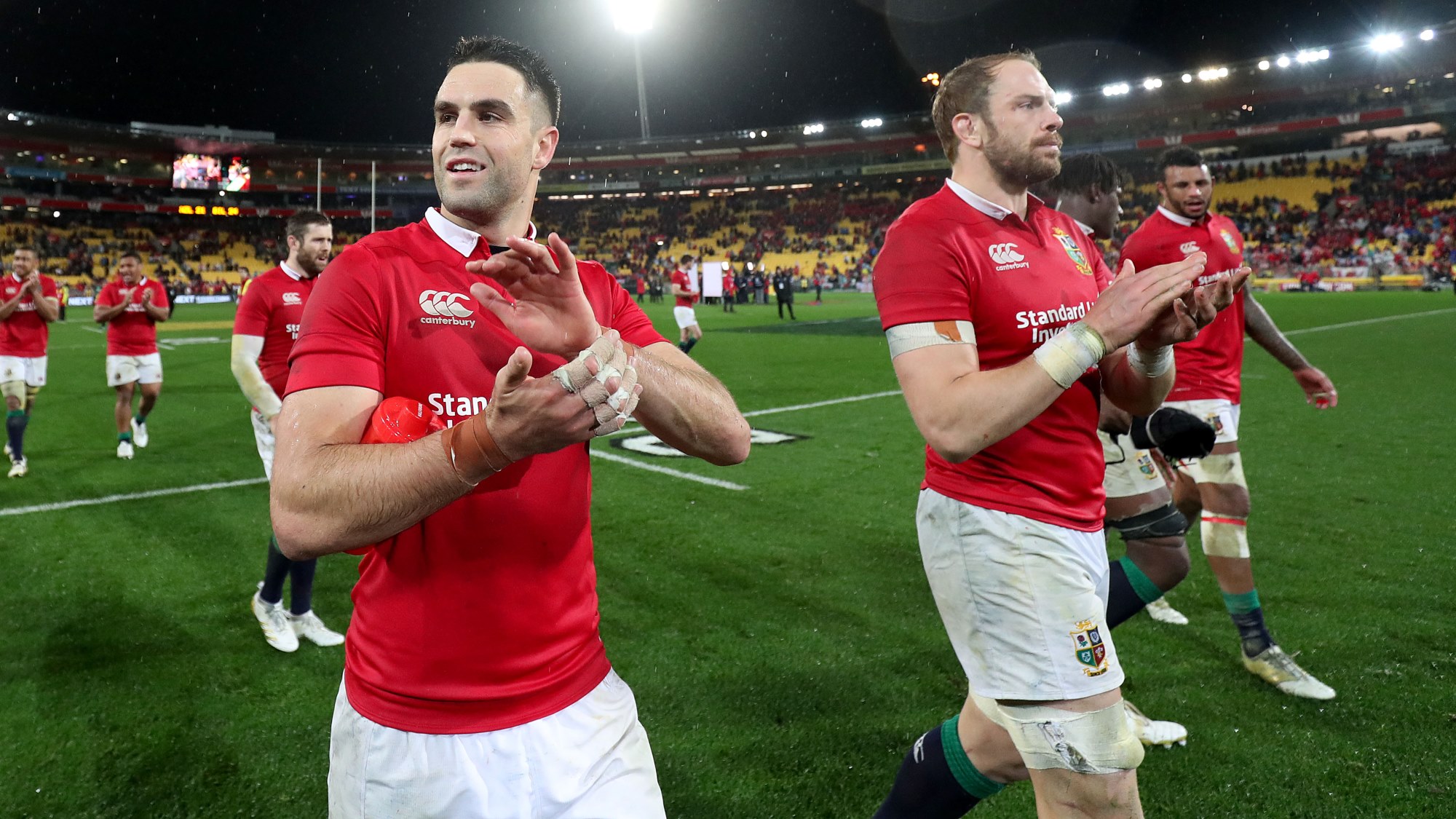 The British & Irish Lions set up a tantalising third Test in Auckland on Saturday with their narrow victory over New Zealand in Wellington this weekend.

Despite trailing for much of the game, the Lions finished strongly in the last 20 minutes against the 14-man All Blacks, with tries from Taulupe Faletau and Conor Murray helping them overturn a nine-point deficit.

Owen Farrell then added the winning penalty three minutes from time to give the Lions the 24-21 success and square the series.

We’ve taken a closer look at the stats from the game to see who stood out from a numbers perspective.

New Zealand edged both the territory and possession stats at the Westpac Stadium, so it’s a credit to the Lions that they were able to keep them tryless, the first time that had happened to the All Blacks on home turf since 2002.

The Lions made 111 of their 122 attempted tackles, to finish with an impressive 91 percent success rate.

Leading the way was second row Maro Itoje, who finished with 15 tackles made, for three missed, while not far behind were back-row duo Faletau and Sean O’Brien, with 12 each for one miss.

With the wet conditions it was always going to be difficult for players to make a big impression out wide.

Instead it was up to the close carriers to take ball up as often as possible, and it was flanker O’Brien who topped the carrying charts with nine.

Just behind him was Itoje, along with centre Jonathan Davies, with only Kieran Read and Israel Dagg bettering that for New Zealand despite their greater possession.

MURRAY AND JONES INTO THE RECORD BOOKS

Murray and Jones both wrote their names into the record books on Saturday during the victory in Wellington.

Murray’s try was his fourth against the All Blacks in eight matches, the most-ever by a player from the northern hemisphere against New Zealand.

He moved one clear of a group of seven players from the north to have scored three tries against the All Blacks, including fellow 2017 Lions scrum half Rhys Webb, as well as previous tourists Brian O’Driscoll, Ken Jones, Rory Underwood and Gerald Davies.

Top of the pile is Australian Adam Ashley-Cooper, with nine from 31 matches in the Trans-Tasman rivalry.

.@ConorMurray_9 is excited “to begin work and get prepared” for a titanic third Test in Auckland

Meanwhile Alun Wyn Jones is only the seventh player to have won a Test for the Lions against Australia, South Africa and New Zealand.

And now he can add New Zealand to his list, following in the footsteps of countrymen Rhys Williams and Ieuan Evans.

The other four to have managed the feat are Tony O’Reilly, who managed it in the 1950s alongside Williams, and 90s trio Jason Leonard, Jeremy Guscott and Martin Johnson.