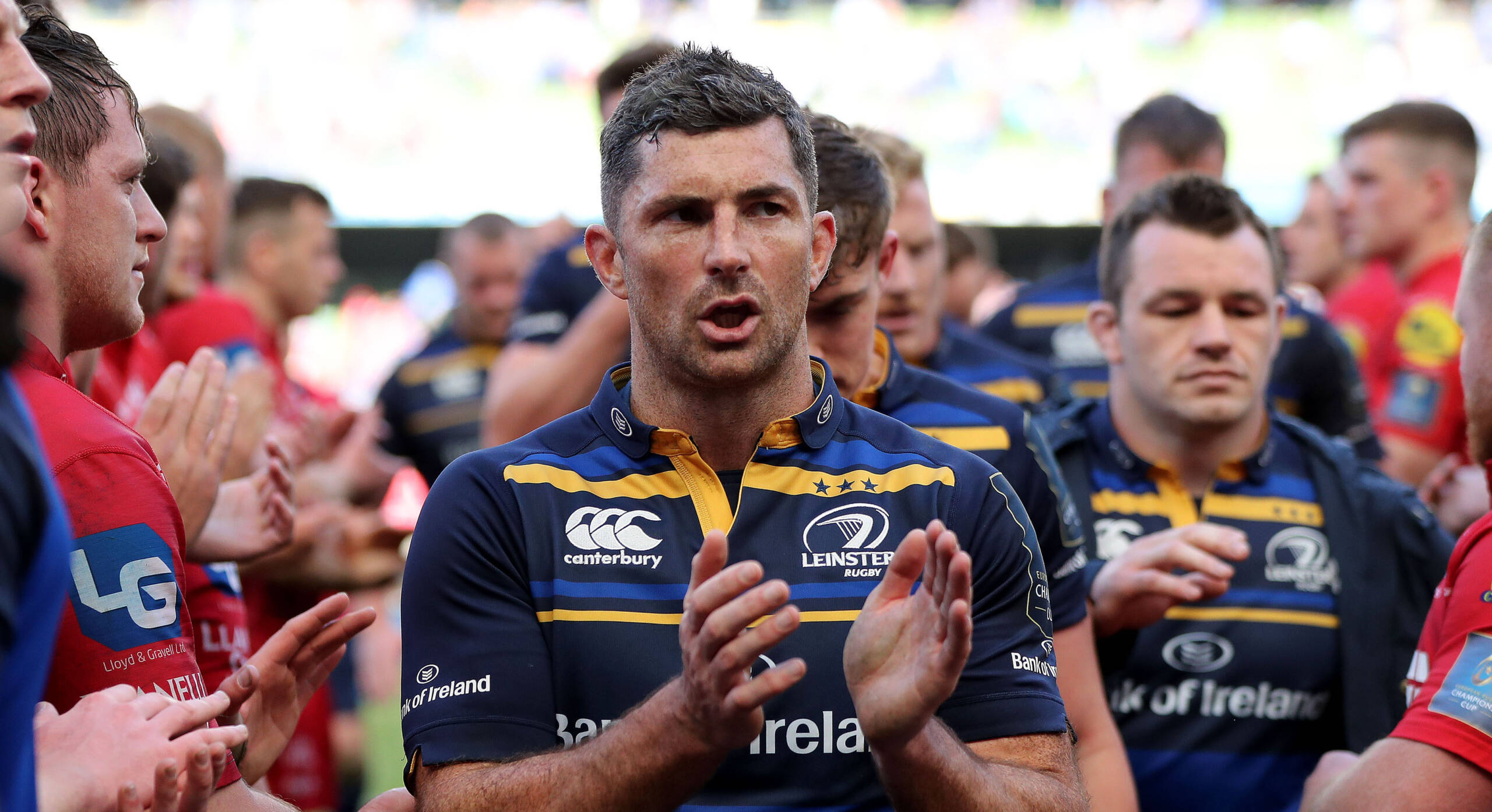 Leinster powered their way into the Champions Cup final with victory over Scarlets, setting up a May 12 clash with Racing 92 who overcame Munster in the second last four clash.

Leo Cullen’s men were at their powerful and efficient best in securing a 38-16 win in Dublin on Saturday, dominating possession and giving the visiting Scarlets little chance to bring their dangerous counter-attacking game to bear.

Young Irish lock James Ryan – what a find he has been this season – opened the try-coring for the hosts, powering over after sustained pressure. Cian Healy followed in similar vein soon after before Fergus McFadden scored in the corner after a glorious Garry Ringrose cutout pass.

Those first half scores meant the tie was Leinster’s to lose after 40 minutes and they kept the pressure on and the scoreboard ticking, Scott Fardy and Jonathan Sexton following up with further five-pointers after the break.

Tadhg Beirne – formerly of the Leinster Academy and Munster-bound next season – got a consolation score for his side in the final play.

The result puts Leinster in position to claim what would be a success in Europea’s top club competition.

Munster were unable to join their Irish rivals in the decider, falling short thanks to a scintillating start to the game by Racing 92.

With Dan Carter on the bench, half-backs Maxime Machenaud and Pat Lambie expertly brought their powerful three-quarters into the game during a sensational attacking performance in the early stages.

Viremi Vakatawa and Teddy Thomas sliced Munster’s wide defence apart down the right at will to quickly rack up three tries. Thomas could have had a hat-trick had he not passed to Machenaud over the line.

That moment of frivolity was the end of the attacking masterclass from Racing as, to their credit, Munster knuckled down and made it a tough afternoon for the hosts for the final 50 minutes.

Final quarter tries from Simon Zebo, Rhys Marshall and – after time had run out – Andrew Conway brought respectability to the scoreboard but ultimately, Munster could never quite get close enough to the French side as the clock ticked on.

There were positive results for English and Welsh clubs in the Challenge Cup with Gloucester and Cardiff Blues set to contest the final in Bilbao.

Gloucester overcame Newcastle Falcons 33-12, while the Blues beat Pau 16-10 in a thriller in front of a packed Cardiff Arms Park.