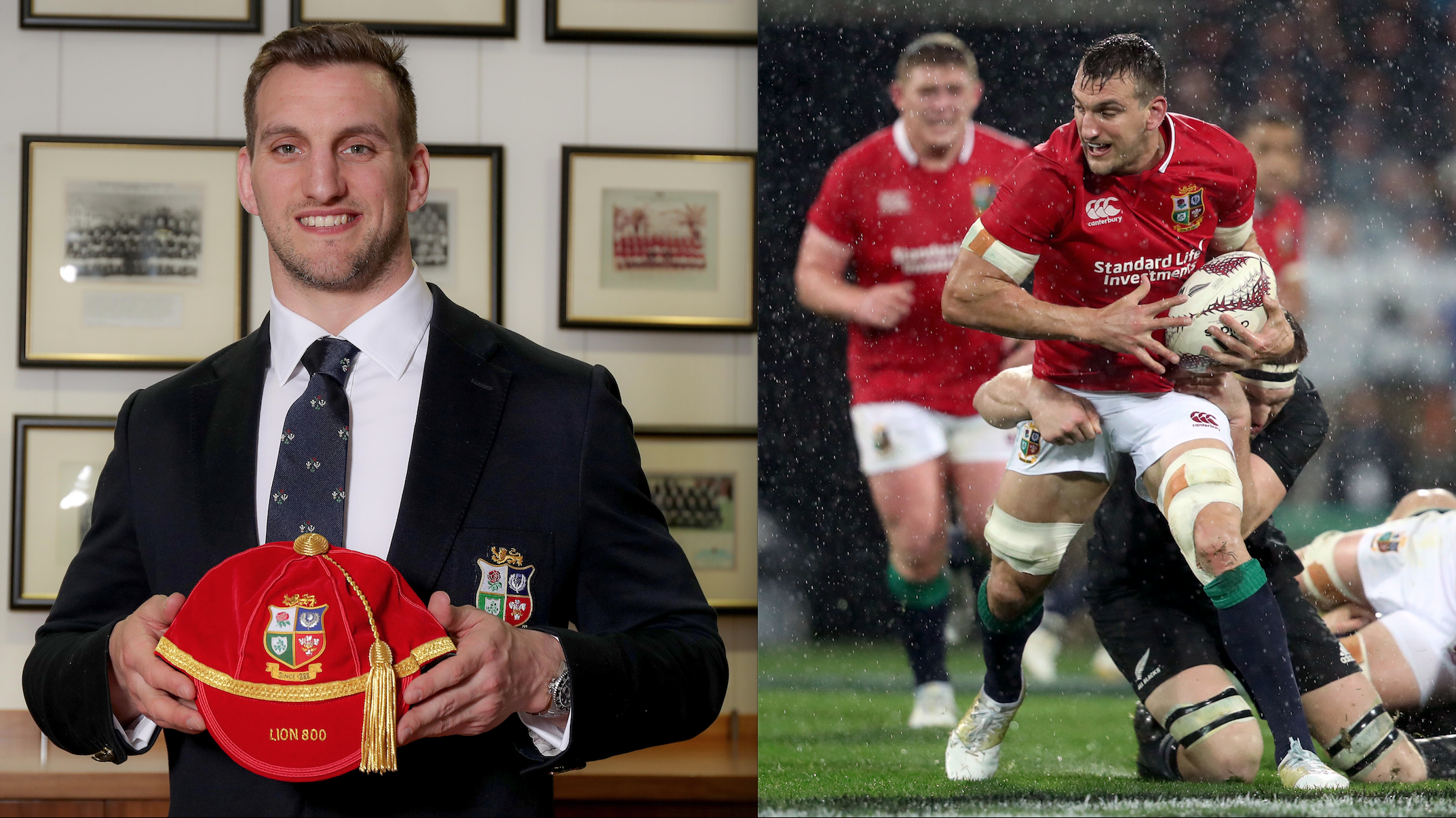 As British & Irish Lions players continue to receive their commemorative caps this week, 2013 and 2017 Tour captain Sam Warburton has revealed what the new addition to his collection of honours means to him.

A Lions jersey has long had pride of price on the wall at the Warburton home, and receiving it for the first time prior to the first Test in 2013 remains “the best moment” of his rugby career. But the Lions cap is a hugely welcome companion and one with a unique meaning for the 29-year-old.

He told Lionsrugby.com: “I love the idea of the cap. It feels like the missing piece of the jigsaw. The classic red, it looks stunning and when I saw it I just thought, ‘that will be a beautiful piece to frame and give pride of place in the house.”

“It makes it all come flooding back and makes you realise how prestigious a thing it is to play for the Lions.”

For the Cardiff Blues and Wales flanker, the cap symbolises a lifelong journey to reach the pinnacle of his sport – beginning with a decision taken as a young teenager.

“When I was 14 or 15 I thought to myself, ‘I’m going to play for the Lions and no one’s going to stop me’. So the cap brings back all the memories of training in the garage as a kid late at night, going running and eating healthy foods in school, not going out drinking. These little choices I made as a kid, all to play for the Lions.”

“It is held in that higher esteem by everyone involved. It is the pinnacle. 10, 15 years of hard work has gone into that cap.”

For some players, the call to play for the Lions comes as a surprise – something not to be thought about until it has actually happened. But for Warburton, it was a powerful motivator from the very outset, fuelling his desire to play at elite level as he made his way through the Cardiff Blues Academy and beyond.

“I didn’t think like that at all. I always thought: ‘I have to play for the Lions’ and committed myself from such a young age to try and achieve that.

“I remember thinking when I was young that if I wanted to play for the Lions Test team, I’ve got to be the best seven from four countries out of about 15 age groups. 15 years of people who play is a massive amount of people.

“So whenever I was playing against people as a teenager, I was always thinking that I have to be better than my opposite number (in order to play for the Lions). I didn’t get nervous for that reason, I just though that I had to be better. I’ve always had that in my psyche, I just had to do it.”

“And that’s why things like the cap make it all worthwhile.”