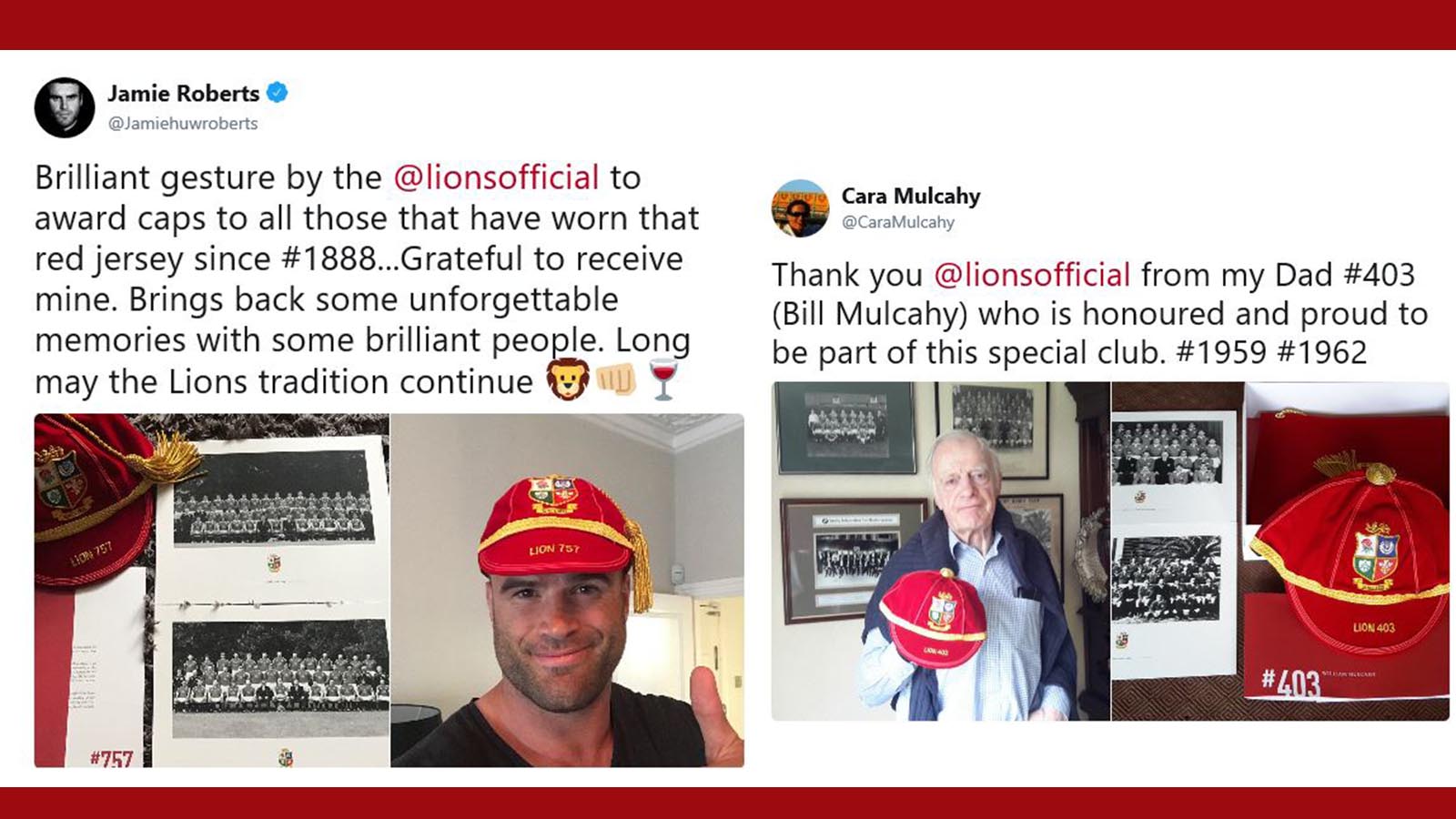 Once a Lion, Always a Lion. The #1888Lions Club was formed to unite all 835 British & Irish Lions and celebrate their contribution to the game of rugby. Over 400 caps have been sent out to all players that have ever taken the field in the famous red jersey. A great any next of kin have also received caps with an ongoing campaign underway to locate and award caps to the families of deceased Lions.

Upon arrival of the caps, the @LionsOfficial social media channels have been buzzing with an overwhelming response from over 100 players – or in some cases their more ‘tech savvy’ children and grandchildren! – getting in touch with photos and messages about what the cap means to them.  The messages have been incredibly powerful and emotional with players and family members alike remarking on the ‘pride’ and ‘honour’ they feel about being part of such an inspirational club. Most posts conclude with the player signing off with their Lions Number.

The caps have reignited memories and stories while also renewing the famous camaraderie between the players across social media, and delighting supporters by encapsulating what the Lions family is all about. An inspiration for the next Tour and for future Lions to come!

Entertainment has ranged from the likes of Scott Quinnell, who joked on Sky Sports that he’s “getting a bit of stick for his cap number” (Lion #666) on social media to the touching story, shared in response to Quinnell from the son of Gareth Williams, Lion #571, who passed away just a day after receiving his cap.

Got home last night and my cap was waiting for me. Thank you @lionsofficial felt like my first day on tour again proud man. pic.twitter.com/bWRiqWtMu2

Dad got his the day before he passed & lit up seeing it……..made up it came before it was too late

Honour for all of you to receive 🦁 pic.twitter.com/1DEbSBJ3ho

Coupled with a photo of Williams’ grandchild representing his family’s Lions legacy with Pride..

Tweets from other influential players range across the four Unions with mirrored sentiment about the friendships, excitement and life long memories they cherish being a part of this #1888Lions Club.

Always proud to be associated with the special club that is @lionsofficial. Some incredible memories made playing and touring in red. #697 pic.twitter.com/quGCrrrpp7

One day you’ll realize that your Dad is a total legend 👍 https://t.co/hdclZ80Sja

If carlsberg did box sets this would take some beating…… 👊🏽🦁👀⛑ https://t.co/guXea7jjRZ