An experience of a lifetime awaits supporters who decide to embark on rugby’s ultimate adventure – going on tour with The British & Irish Lions to South Africa in 2021. [more] 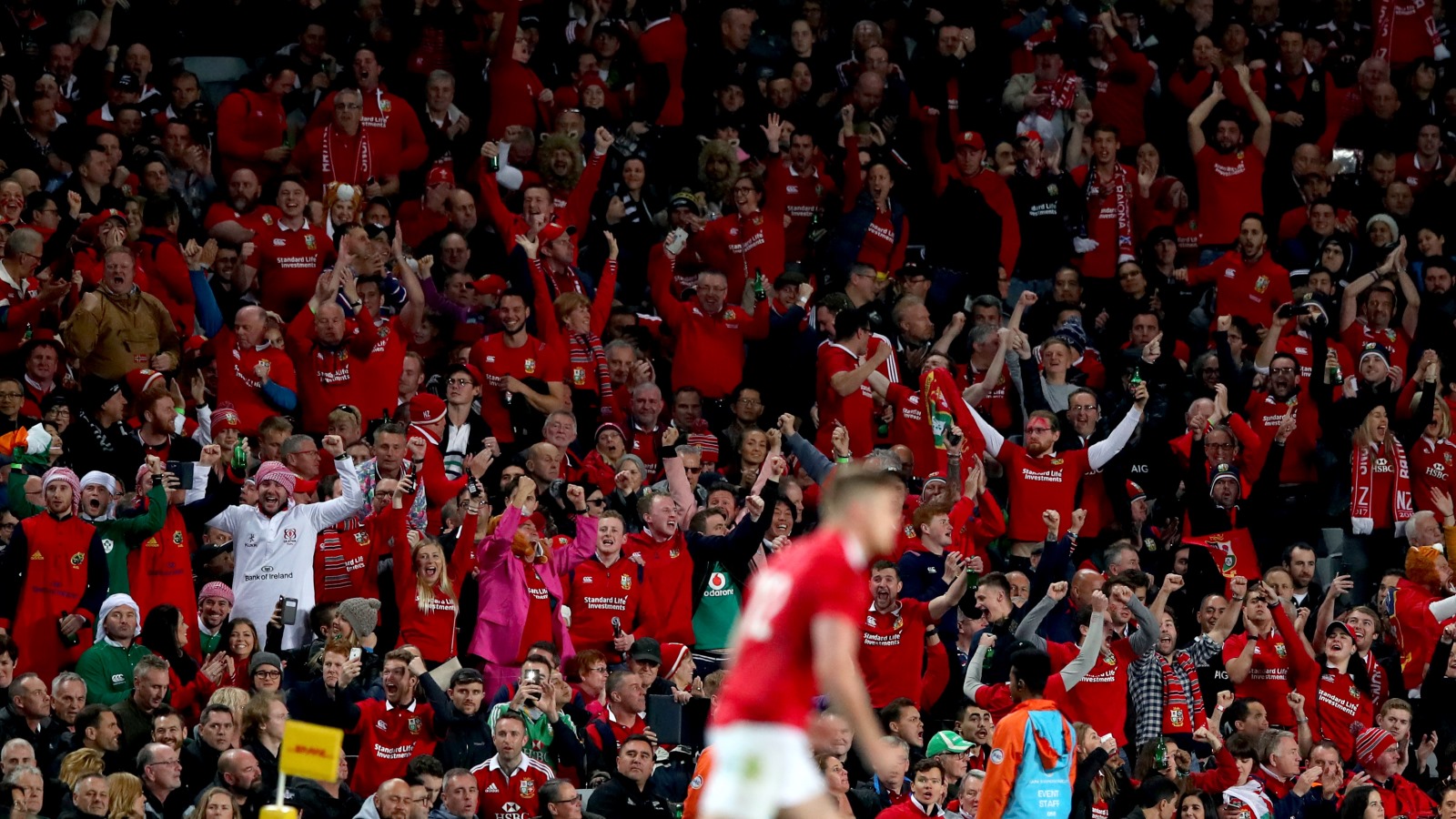 Every four years the best players from England, Ireland, Scotland and Wales join forces in a bid to down one of the southern hemisphere giants in Australia, New Zealand and South Africa.

The next series will see The Lions take on the formidable Springboks in their own backyard, where the tourists were narrowly defeated 2-1 over three games on their last visit in 2009.

And Lions legends past and present are encouraging fans to get involved in the Lions Supporter Tours, forming part of the famous ‘Sea of Red’ that sweeps across each ground and city.

“I was lucky enough on both Tours to have five friends that travelled out and for them they were like, ‘This is the best money we have ever spent on going to watch a rugby game’.

Maro Itoje made his Lions debut on the 2017 Tour to New Zealand, where Warren Gatland’s men claimed a memorable series draw, and hailed the impact of the supporters on the team.

He said: “You see a sea of red in front of you, it’s like nothing I’ve ever experienced before. Having the support of Lions fans gives us extra motivation when times are tough.”

Sir Ian McGeechan, a four-time Lions coach, was in charge of the tourists for their last series in South Africa and said: “To be there as part of the sea of red, you’ll never, ever forget.

“South Africa has a special atmosphere to it that you can’t find anywhere else. There’s actually a relationship between the team, the match and the supporters.”

Brian O’Driscoll, who played on the 2009 Tour, said: “I feel as though South Africa gets it the most and you know it’s going to be hard. There’s no point going and touring somewhere where it’s easy.”

Gatland will be Lions Head Coach for a third time in South Africa, having previously worked as forwards coach in McGeechan’s team ten years ago.

And reflecting on the fan experience, Gatland said: “Sometimes you get an opportunity to get up close to the players and that’s what is going to create that special atmosphere.”

Priority access passes are available now and guarantee your place at South Africa 2021, as well as ensuring you beat the queue to the best range of ticket-inclusive packages.

Uncategorised
Previous story Sinckler: Lions Tour has prepared me for World Cup
Next story Guarantee your place in South Africa!