Schmidt forced to look at back-three options for opener 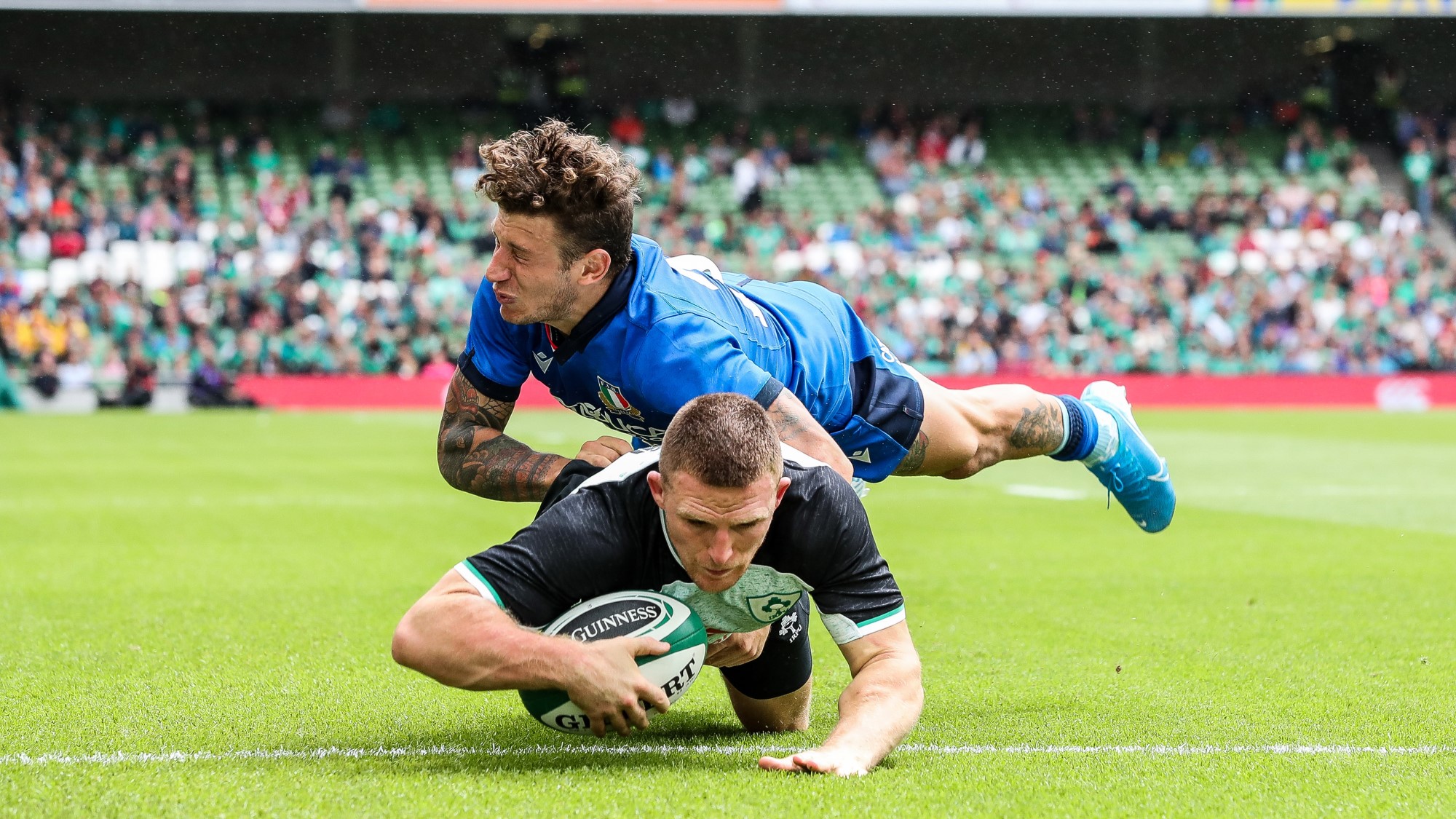 Joe Schmidt has been forced to pick an inexperienced back-three for Ireland’s World Cup opener against Scotland on Sunday.

Rob Kearney and Keith Earls both miss out due to injury, paving the way for Jordan Larmour and Andrew Conway to join Jacob Stockdale in the starting XV.

Larmour, Stockdale and Conway only have a combined 36 Test starts between them and have started once together – a convincing 54-7 win against Italy, where Larmour bagged a hat-trick.

They will be martialled by seasoned half-backs Conor Murray and Jonathan Sexton for the crunch match in Yokohama.

Meanwhile up front, Rory Best captains the side in the front row with his two British & Irish Lions teammates Tadhg Furlong and Cian Healy either side.

Best will captain the side for the 35th time and is now just one of Keith Woods on the all-time list – and still a long way behind Brian O’Driscoll (83).

James Ryan and Iain Henderson are paired in the second row with Peter O’Mahony and Josh van der Flier either side of CJ Stander in the back row.

The bench sees Tadhg Beirne and Jack Conan lying in wait, while in the backs Jack Carty is the replacement fly-half and Chris Farrell is No.23.