South Africa off the mark in Japan

Makazole Mapimpi scored two tries as South Africa opened their account at the 2019 Rugby World Cup with a 57-3 win over Namibia in Toyota. [more] 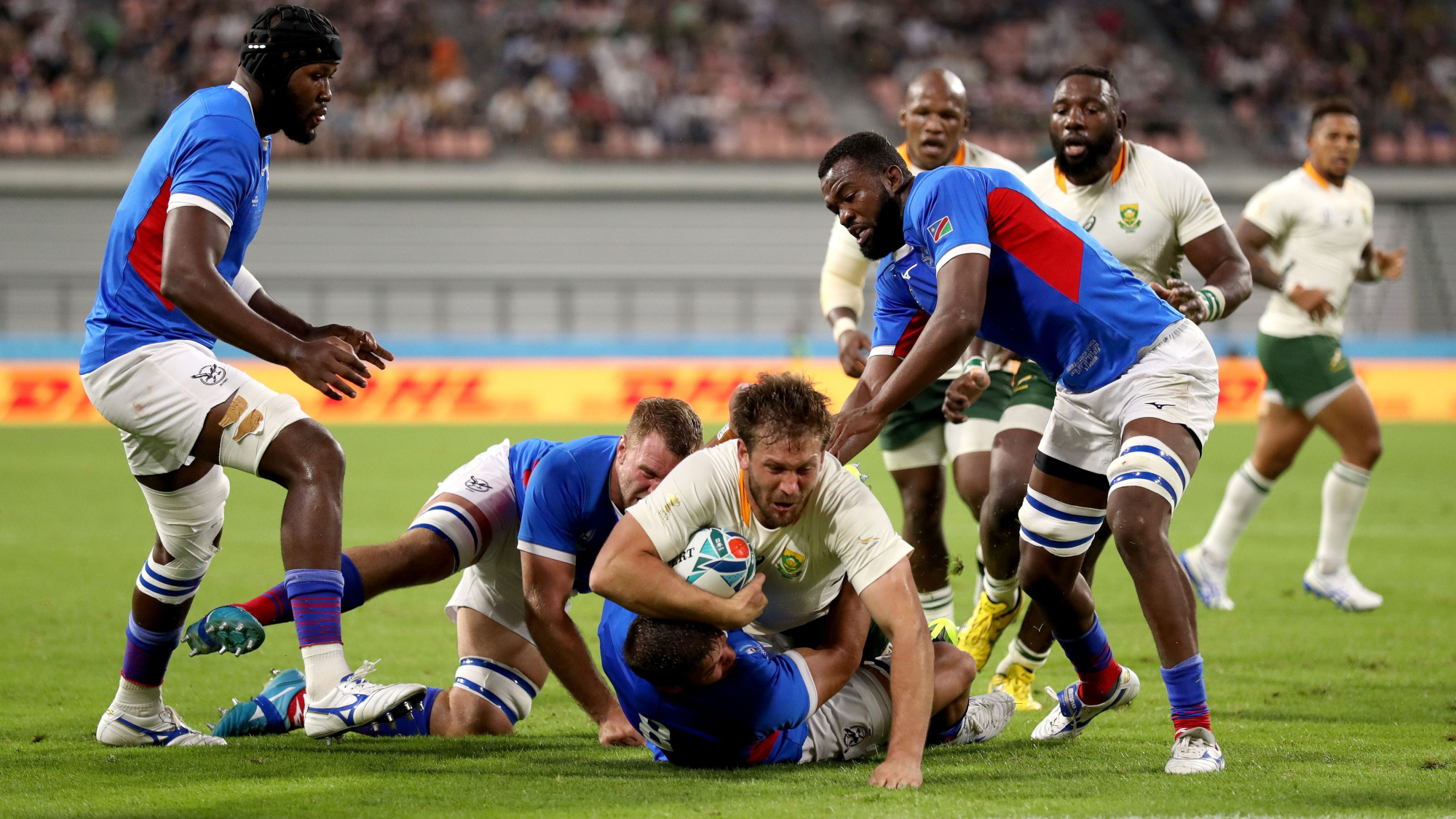 The Sharks winger scored the Springboks’ bonus-point try just before the half-hour, and added a second with 25 minutes remaining in an emphatic victory.

Bongi Mbonambi had given South Africa the perfect start with two early tries, while Francois Louw and Lukhanyo Am also crossed in the first half.

After the break Warrick Gelant, Siya Kolisi and Schalk Brits went over for tries in addition to Mapimpi’s second.

The Springboks controlled the game from the off, with Mbonambi the beneficiary of two early rolling mauls, with Louw’s try coming in similar fashion.

The fourth from Mapimpi was a fine break down the left, with Am finishing off another counter-attack on the stroke of half-time.

Gelant showed his pace in finishing off another early in the second half before Mapimpi ran in a seventh as he raced home following a lovely inside ball from skipper for the day Brits.

The usual captain Kolisi came on and made his presence felt on the hour, going over from first phase off a lineout to take South Africa past 50.

Brits got the try his performance had deserved not long after, peeling off a maul to get over, and that proved to be the final score of the game as South Africa set themselves up for a must-win clash with Italy next.