Only two of the four home nations are still standing at the Rugby World Cup as England and Wales prepare to go into battle this weekend in their semi-final clashes. [more] 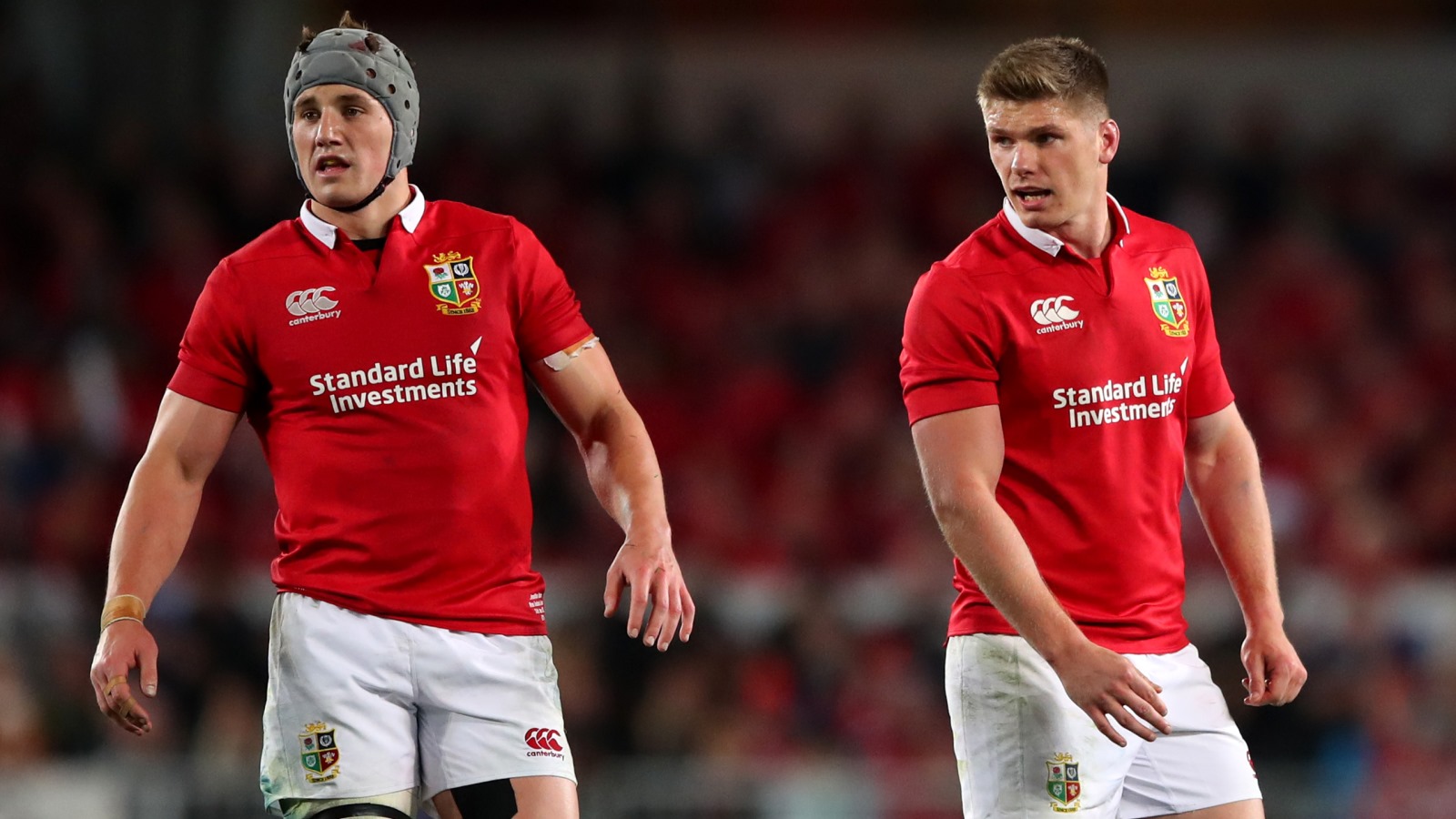 England face a daunting challenge against New Zealand in Yokohoma after the reigning world champions ended Ireland’s tournament with a 46-14 quarter-final victory.

Meanwhile, Wales must overcome The British & Irish Lions’ next opponents South Africa if Warren Gatland’s men are to contest a World Cup final for the first time.

And while both games will feature many fascinating individual showdowns, two of the men who will prove crucial to their side’s chances can be found in the midfield of their respective teams.

Owen Farrell and Jonathan Davies may not be playing together at the weekend but they became more than familiar with each other during the 2017 Tour against the All Blacks.

After starting Farrell at No.10 for the opening Test defeat at Eden Park, Gatland brought Johnny Sexton in at fly-half for the second and third Tests and moved the Saracens man to 12.

This meant Farrell and Davies formed the centre partnership for the rest of the historic Tour, which ended in a 1-1 draw after the Lions won the second Test 24-21 in Wellington.

Now Farrell will once again find himself at inside centre against Steve Hansen’s side, this time wearing the Red Rose as England bid for a World Cup final berth on Saturday.

Sunday then sees Davies also resume his place at outside centre, having missed out on Wales’ memorable quarter-final comeback triumph against France with a knee injury.

Eddie Jones has taken a flexible approach to his England half-back and midfield combinations throughout the World Cup, although Farrell has always been a key component.

The 28-year-old started at outside centre for his side’s opener against Tonga as George Ford was given the nod at fly-half – a combination that he also used against Argentina.

But against Australia in the quarter-finals Jones restored Farrell at fly-half and it paid off a treat as he enjoyed his best game of the tournament so far in the comprehensive 40-16 win.

Yet with Ford recalled for the All Blacks clash, Jones has clearly picked an England team to both play with the ball and kick more often – utilising the extra option Farrell provides at No.12.

Farrell will also have the responsibility of keeping Anton Lienert-Brown in check defensively, a role he carried out with aplomb for the Lions against Sonny Bill Williams in 2017.

And few players know better than Davies about the qualities Farrell brings from that inside centre berth, with the Welshman highlighting his leadership qualities ahead of England’s clash against Wales in the Six Nations earlier this year.

“Owen is a world-class performer,” he said. “He’s the leader and, having played with and against him, you have to have a lot of respect for him. He definitely drives that ship now.”

Whether for Wales or the Lions, Davies has always been one of Gatland’s main lieutenants.

He played at either inside or outside centre in all three of the Tests during Gatland’s first Lions Tour Down Under, helping the tourists secure a 2-1 series win against the Wallabies.

Davies also started in the midfield for all five of Wales’ games in this year’s Six Nations as Gatland led the country to the clean sweep and Grand Slam title with five wins from five.

While an injury kept him out against France, he produced one of the attacking highlights of Wales’ World Cup with a break and brilliant offload to put Josh Adams in against Fiji.

His return for the Springboks has been welcomed with open arms by Wales fans, who know just how important the 31-year-old is to their team even if he role if more understated.

Like Farrell, he is very much a back-line leader and a defensive coordinator. Davies’ brilliance was underlined in New Zealand in 2017 when he was named Lions’ player of the series.

And South African head coach Rassie Erasmus stressed his importance to Wales ahead of his side’s meeting on Sunday, comparing him to his own key man, winger Cheslin Kolbe.

“I think if Wales lose him they definitely lose a guy who is intimidating, who has got soft skills, who has experience, who knows how to exploit big, tired forwards,” he said. “They will lose someone with a similar influence to Cheslin.”