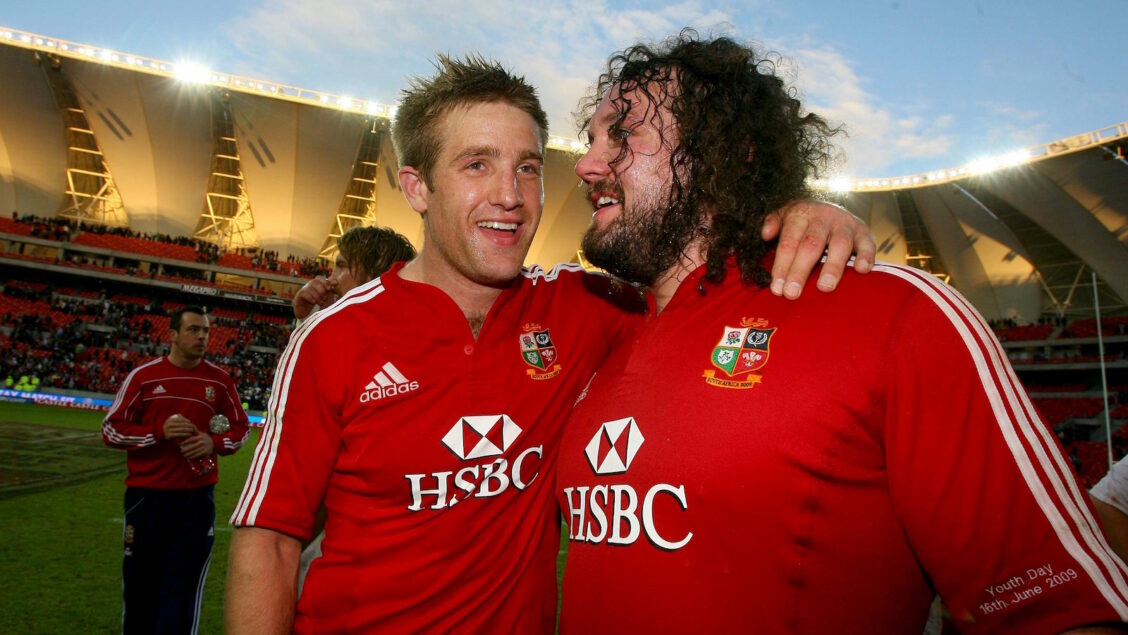 I was in awe of them and had to change my mindset.

And the legendary Welsh prop, upon receiving ‘the best honour you can have as a rugby player’, stamped his own unique mark on the annals of Lions history.

It was in the classic second Test where Jones emphatically tamed ‘The Beast’ Tendai Mtawarira in the perfect riposte to Mtawarira’s domination of Phil Vickery in the first Test.

The then 28-year-old would leave the highly physical Tour with a reputation wholeheartedly enhanced and a legendary moment secured.

But, one of Jones’ finest memories of the South African voyage came away from the pitch in the form of some very personal advice from fellow countryman Mike Phillips.

“I probably received the best bit of advice I’ve ever been given by a fellow player on that Tour, and it maybe subconsciously pushed me onto another level,” Jones said. 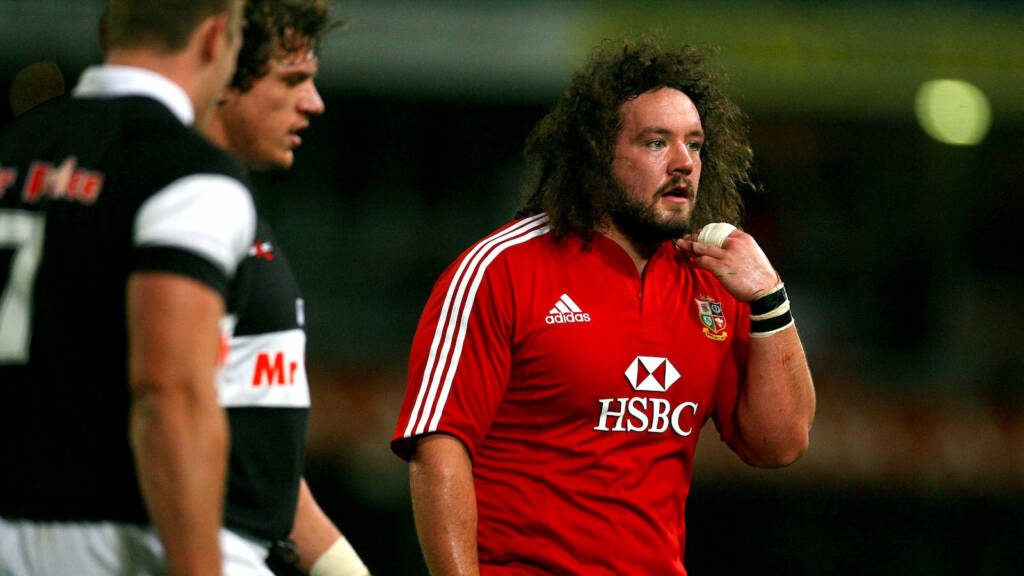 “I was having breakfast with Mike, Simon Shaw and a couple of other guys.

“Mike said that he saw the South African team at the stadium and I replied straight away talking about how big they were and how great they were.

“Mike turned around and said that that was my biggest problem. That I held them in such a high regard, that I respected them too much. He said I was never going to fulfil my potential if I kept thinking like that.

“It made me sit back and think. I was in awe of them and had to change my mindset. After that point I was more wary about just worrying about myself rather than the opposition.”

Jones had been slightly disappointed, albeit not surprised, to miss out on the 2005 Tour but four years on he had certainly earned his place.

By this point he had amassed an array of trophies including serving as an integral part of two Six Nations Grand Slams for Wales.

Nevertheless, for all his success so far, the Lions proved a daunting prospect at first – but a strong team spirit behind the scenes helped him learn the ropes in no time.

“The Tour was an eye-opener for me, being with the senior players,” Jones added.

“Although I’d played Test matches for six years before then, I was nervous going into it. I was a little in awe of certain players like Brian O’Driscoll, Paul O’Connell and Phil Vickery. 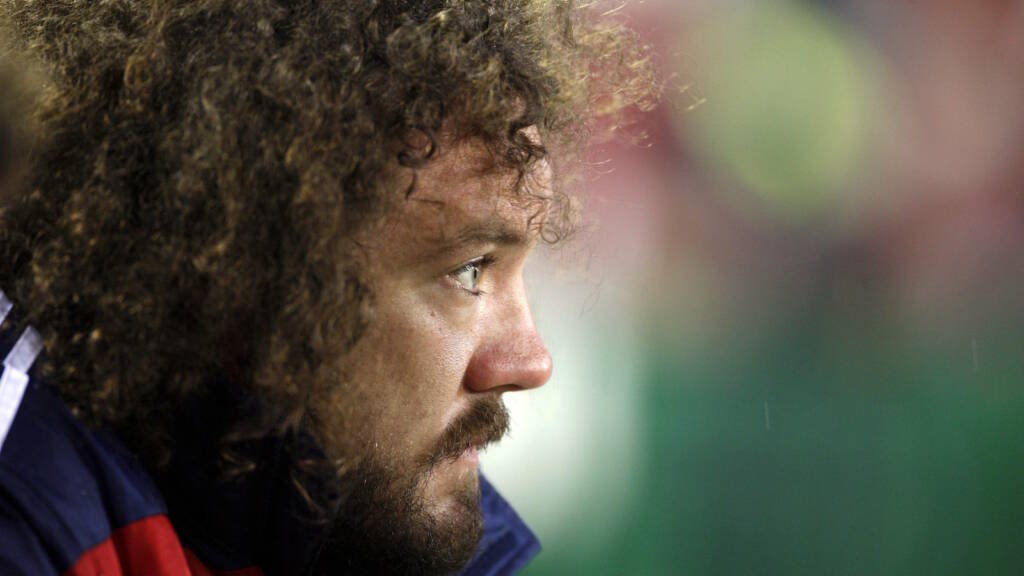 “The Welsh tend to be a bit shyer but, taking a lead off of some of the other boys, I got involved and mixed with everyone and soon became more comfortable.

“The Lions was different to anything I had experienced before, it was like the first day at school. Rugby is rugby but it was still a daunting prospect.

“The team spirit in the camp was brilliant throughout the Tour. You obviously have preconceived ideas about certain players, you don’t know them very well, but straight away the barriers were gone and the atmosphere was great.

“I got on with everyone well. Being Welsh you look at the English players straight away and you have that rivalry and base it on what you were told as a kid to think of the English.

“But I shared a room with Andrew Sheridan and got on really well with him. I’d played against him a fair bit but never really spoke to him.

“It turned out his wife was from Wales so there was that connection there too! I spent a lot of time with Simon Shaw and Phil too.”

Indeed, Jones still has fond recollections of one such example of the strong bond created out in South Africa.

He added: “Another of the memories that stands out to me is on Wednesday night before the first Test, Sir Ian McGeechan spoke to us and said who was playing and I was lucky enough to be included.

“We all went out for dinner after that as a team and it’s probably one of the best experiences of my career.

“We all stayed for a long time afterwards and chatted, enjoying each other’s company together, nobody was segregated, and we all took in the moment.

“As much as we didn’t win the series, I think the way we went about it put the Lions back on the maps, putting the respect back into it.” 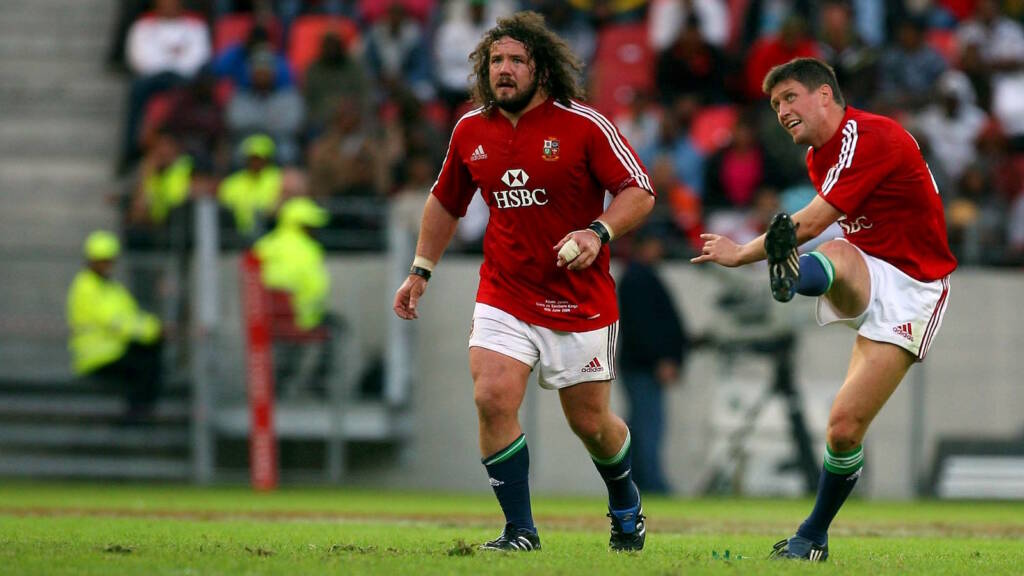 The Lions, of course, lost the series despite winning many hearts with their performances through the brutal encounters.

And, in a similar vein, Jones won many admirers while thriving in the heat of battle despite having his Tour ended with a dislocated shoulder in the 45th minute of the second Test.

He said: “Game-wise, the tour was a great spectacle to be a part of. The first Test didn’t go amazingly for Phil and I was lucky enough to come on and do well – which saw me start in the second Test.

“Phil was devastated that he hadn’t been picked, we got on really well and it was sad to see him so down but I tried to pick him back up.

“The second Test was amazing. Loftus Versfeld is one of the best places to play in South Africa when it is a full house and it was going really well for 45 minutes until I had my shoulder knocked out.

“It was an unreal game to be a part of.”