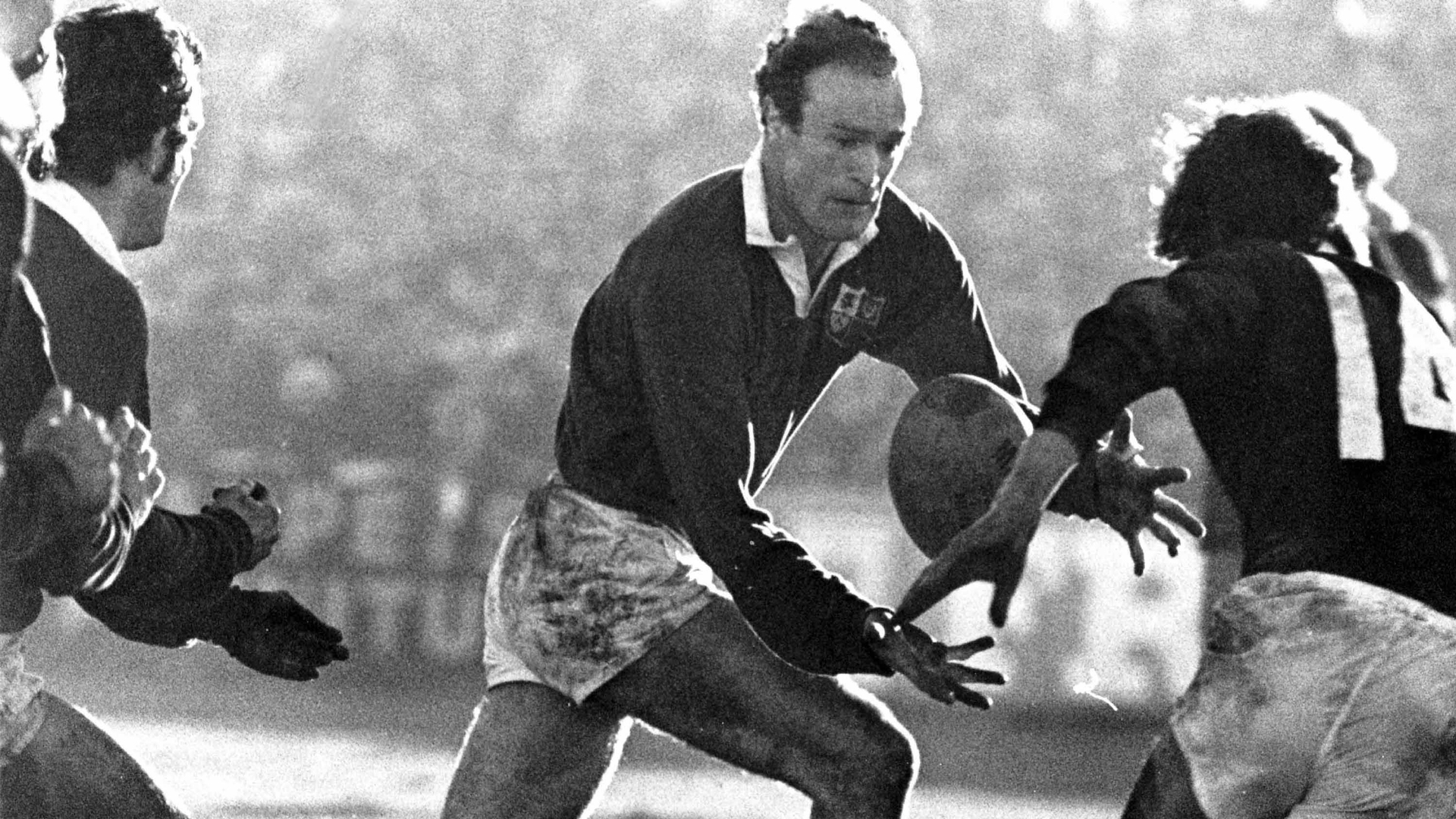 There was no evidence to suggest The British & Irish Lions were going to make history in the first Test in 1971.

No indication that the seemingly infallible New Zealand would be toppled. No sign that this would be the opening of one of the greatest Lions series in history.

Recent series had not been fortunate to the Lions, losing their last six in New Zealand and South Africa, while the whistle-stop tour to Australia started in defeat to Queensland in Brisbane 15-11.

But 11 victories later, including a commanding 47-9 success over Wellington that displayed their intent, set the foundations for John Dawes’ side to give a good account of themselves heading to Dunedin.

They were to do that and more. To this day the Lions have only tasted one series success in New Zealand, with their opening Test victory the perfect platform for a remarkable seven weeks.

Based on Wales’ Five Nations Grand Slam side, nine of the first Test starters, including six of the seven backs, had lifted the title just a few months previous in the red of Wales.

But they were not to be at full strength. Injury forced both front-line props to be switched out before the Tests even began, Sandy Carmichael suffering a multiple fracture of the left cheekbone, while Ray McLoughlin broke his thumb, forcing coach Carwyn James to label the dressing room as a “casualty clearing station.” Gareth Edwards also had to leave the game after just ten minutes, with Ray Hopkins coming on in his place.

It was one of those replacements, Jordanhill College and Scotland’s John ‘Ian’ McLauchlan, who propelled the Lions into a fast start, although their early ascendancy couldn’t be capitalised into early points as Barry John missed two early kicks to keep the game scoreless.

But it mattered very little. With just 15 minutes played, John Bevan strode beyond Bruce Hunter, and as the ball was knocked forward it seemed as though the opportunity was lost and another Lions attack was not to get its deserved rewards.

McLauchlan though was not to let the chance slip as, despite being a diminutive front-rower, he charged down the kick of Alan Sutherland to cross and set the Lions off and running.

While John was not able to kick the extras, the Lions were sitting pretty and McLauchlan was fulfilling a lifetime dream that was inches from not even coming to fruition.

“[Employers] Glasgow council said that no matter what happened I couldn’t get any more time off for rugby,” said McLauchlan, as written in ‘Behind the Lions’.

“My second son was a week old when I left. [Wife] Eileen has always said, ‘If you get an opportunity take it.’

“Even when they said they weren’t going to pay me, she said, ‘Ach well, I’ll just get a job.’ We sold the car. I said to the bank to leave the mortgage until I got back, and we just made it happen.”

McLauchlan formed an integral part of an unrelinquishing Lions pack, dominating in such a way that the New Zealanders appeared a man light as the game approaching half-time.

But in spite of the commanding position, the Lions had to go to the break only level as Fergie McCormick gave a fighting New Zealand parity from the first 40 minutes.

A disheartening end to a promising half, New Zealand had even come close to their own score prior to McCormick’s kick, with Hunter’s foot just slipping into touch before crossing down the right wing.

A Lions side written off before the tour, the All Blacks impetus may have decimated stronger teams than James’ outfit, but the visitors came out for the second period up for the fight, and despite the scrappy nature of the play, the entertainment value was certainly high for the 45,000 watching on in Carisbrook.

THE KING FINDS HIS FEET

Despite missing kicks in the first half, John restored his aim for arguably one of the more difficult kicks in the match, batting the devilish cross-wind to fire between the posts.

And he, like try scorer McLauchlan, was also not a nailed-on traveller to New Zealand, with a gruelling year as part of Wales’ successes taking its toll.

“I was ready to turn down the chance to tour because it had been a very physical Five Nations,” he said. “We won the Grand Slam but I had been knocked around against Scotland and then broke my nose against the French.

“I felt I needed the summer off to recover and so when I got the call-up for the tour, I didn’t answer it. A concerned Carwyn came to see me, told me how important I was to his plans and eventually his words persuaded me. I’m glad they did.” 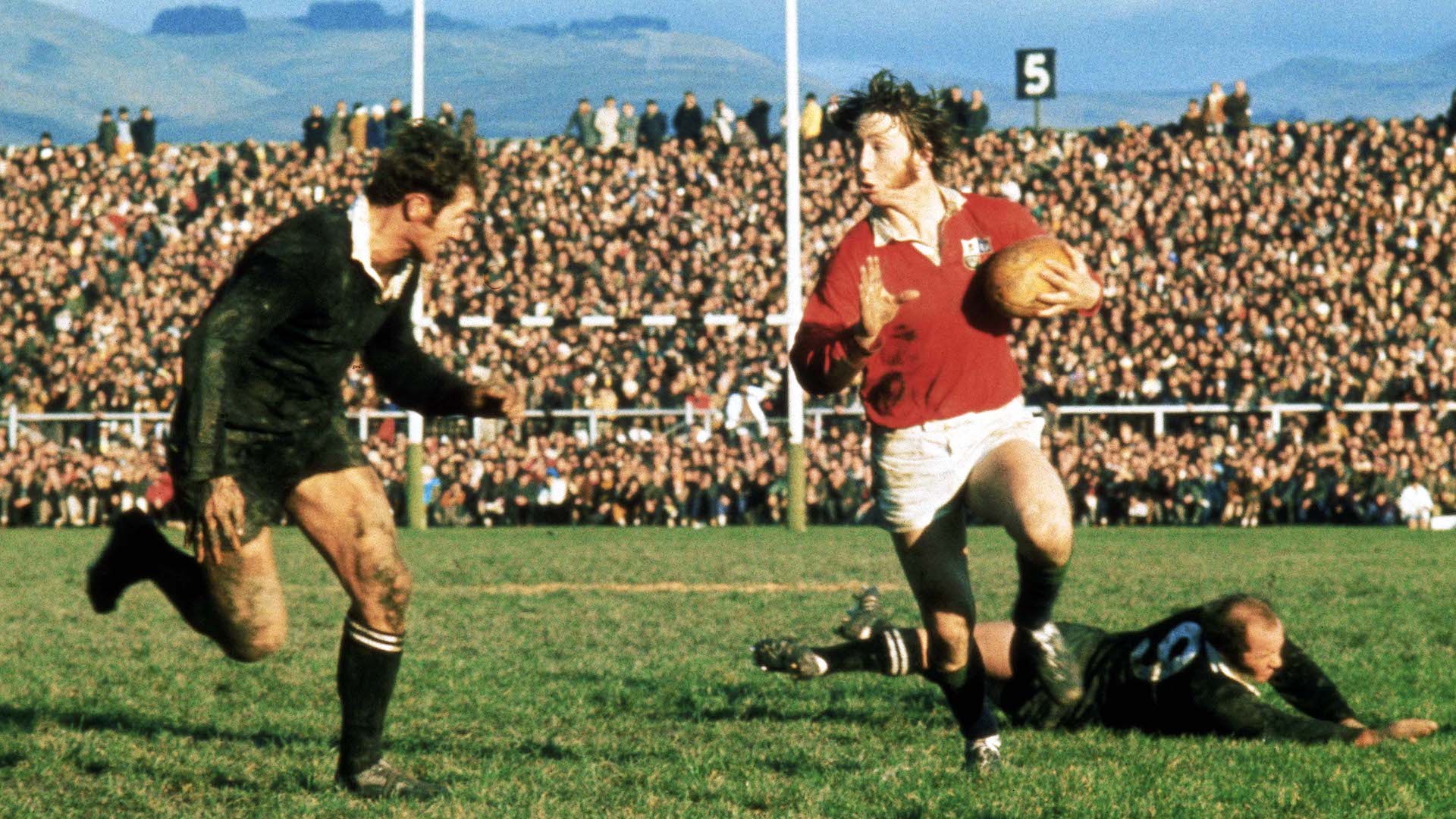 But before the magic could be enjoyed, there was still the small matter of closing out the final 20 minutes of the first Test.

McCormick fell afoul of the breeze to clip a penalty of his own wide, while fantastic play met frantic and ferocious play in a breathless close to the game.

And as John, 42 yards from the goal, kicked one of the penalties of his life, the game was put beyond all doubt, their first Test victory over New Zealand for 12 years and a first at Carisbrook since 1933.

“The first Test, to be honest with you, was over in the blink of an eye,” continued McLauchlan. “It was probably the most intense game I’ve ever played in.

“They just came and came and came at us all the time. The All Blacks are generally pretty clinical – if they have a two-on-one they tend to finish it – but that day they seemed to pass when they should have kept it.

“Our tackling was ferocious. I don’t know how many tackles I made that day, but it was a lot, and when we came off the field we were elated but we were on our knees – really tired.”

The path to history was set.