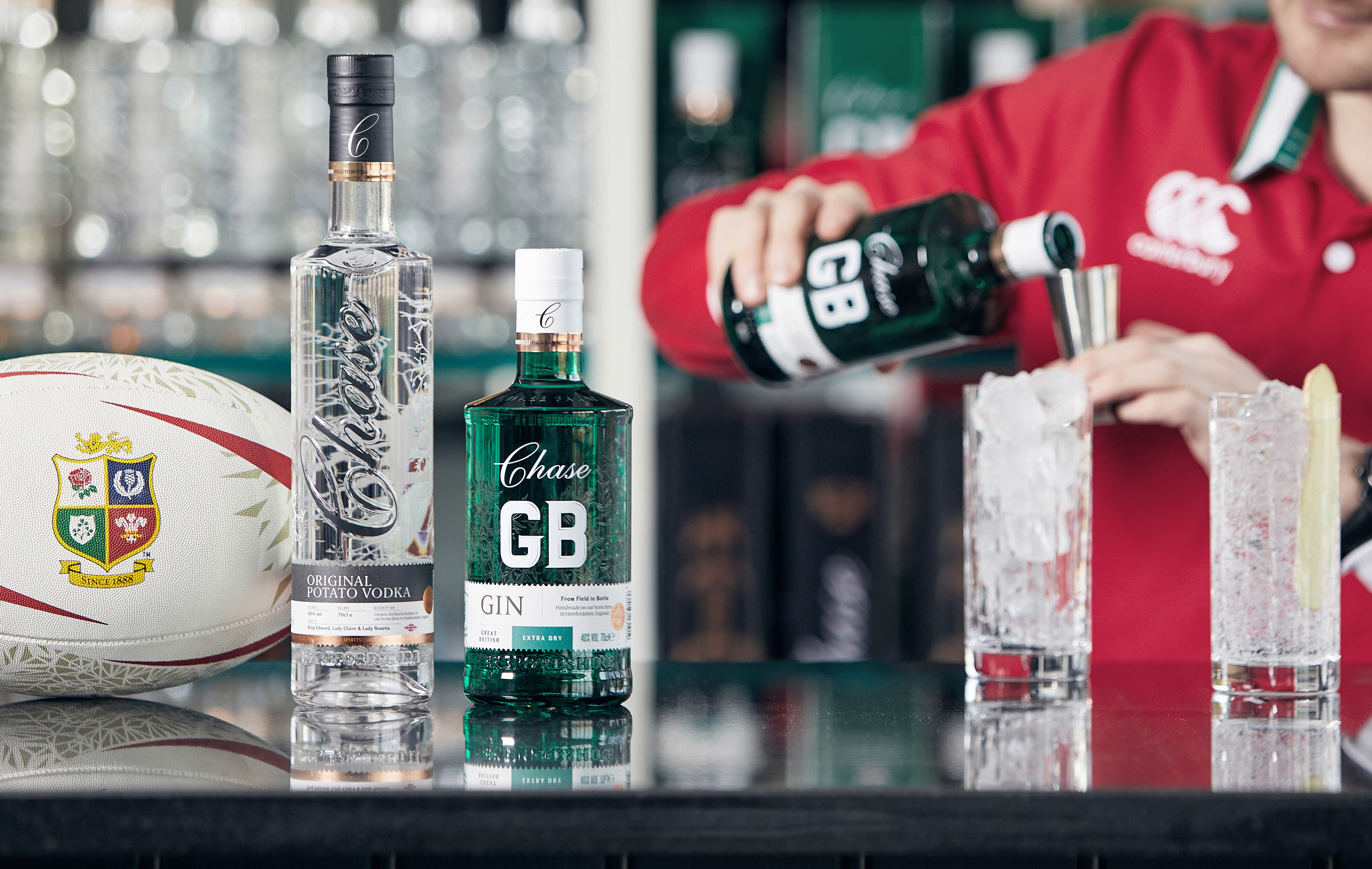 The British & Irish Lions has announced Chase Distillery has joined its portfolio of official suppliers.

The award-winning British distillery, which champions field to bottle spirits, has also become the official vodka and gin of the Lions Tour.

As part of the partnership, Chase Distillery will receive a host of commercial rights including in-stadia branding and tickets for both the Castle Lager Lions Series and the Vodafone 1888 Cup match against Japan scheduled to take place at BT Murrayfield on Saturday 26 June.

The deal also sees Chase Distillery benefit from a suite of digital and social media rights, access to the Lions’ events programme, and the option to create bespoke content using Lions archive and on-tour footage.

The Herefordshire-based distillery will also have access to Lions players and coaches for commercial appearances and promotions, as well as the opportunity to watch the team train.

“In Chase Distillery, we have found a partner who share our passion for excellence, and we are very pleased to have them on board.”

Founded in 2008, Chase Distillery has been at the forefront of the craft spirits movement, producing gins and vodkas which are made entirely from scratch, using potatoes and apples grown on its farm in Herefordshire. In addition to its flagship spirit, Chase GB Gin, its portfolio includes six other gins, four vodkas and an elderflower liqueur.

Chase Distillery director James Chase added: “As a proud British brand, we could not be more excited to be teaming up with the Lions, and to become an Official Supplier for the Series too.

“Both the Lions and everyone at Chase Distillery have a shared commitment to be the very best in our fields, so for us, it’s a perfect partnership.

“We already have a number of exciting plans scheduled. As well as introducing limited-edition products and launching some exclusive competitions, we’ll be looking at new, fun and interesting ways to engage with Lions supporters to bring them closer to the game we all love.”