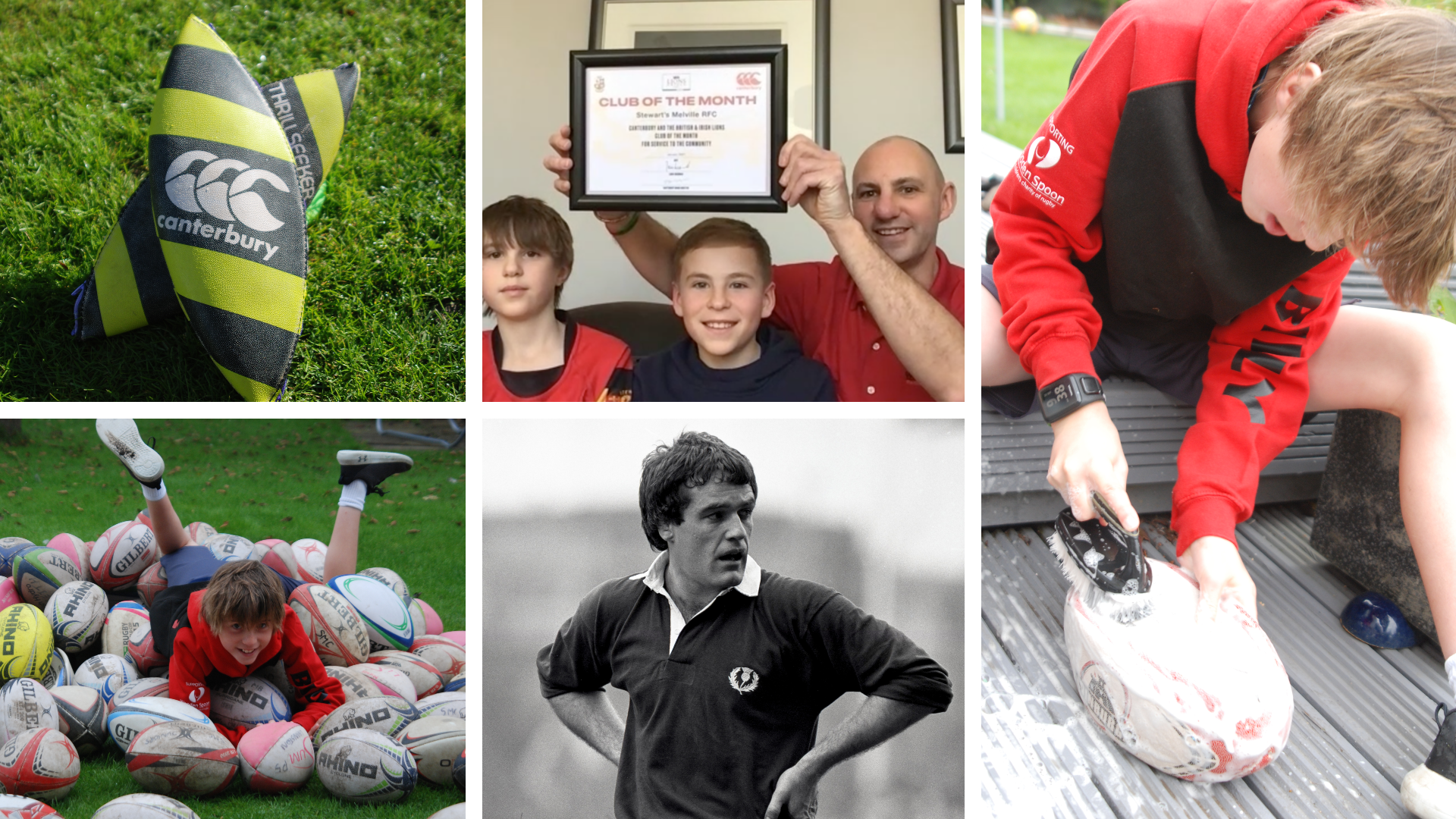 Pride was the overwhelming emotion for everyone at Stewart’s Melville RFC after the Lions Origin Club was recognised with the first Canterbury Club of the Month award.

Twin brothers William and Thomas Graves, both aged 11, came up with the idea to turn old rugby balls into pencil cases and wallets which they could sell to help support a charity hit hard by lockdown.

Thanks to ball donations from Stewart’s Melville and other clubs and schools, the project quickly took on a life of its own as their website received orders from all over the world.

The Rugby Recycled project has since raised almost £5,000 for Wooden Spoon, with the Stew Mel Lions handing over a cheque of £7,500 to include the money they raised before Covid hit.

And after being named the first Canterbury Club of the Month for their efforts, primary seven head coach Adrian Graves, the dad of William and Thomas, explained what receiving the honour meant to the club.

“To be named as the first Canterbury Club of the Month was pretty mind-blowing, I’ve still got goosebumps just talking about it as it’s overwhelming,” he said. 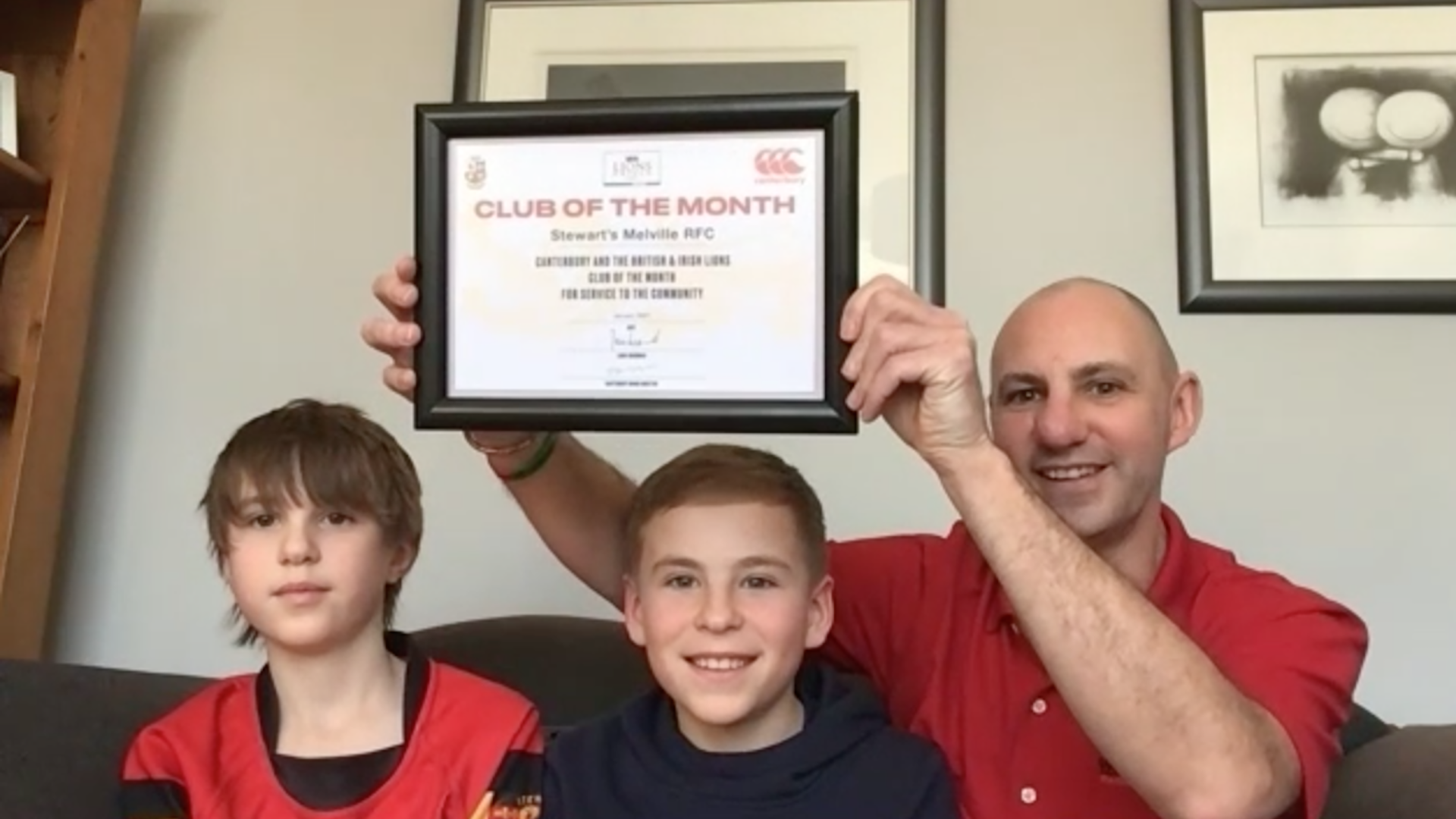 “We started this as a little project as a family to raise money and do our bit for Wooden Spoon given that they are not getting as much money as they would like this year.

“It just grew arms and legs. We were just lucky that lots of clubs and schools in the area donated balls and our nights were spent cleaning and unpicking, sewing and then sending off.

“The process is pretty simple. We used the old balls that we had at the club, which was thankfully quite a few, and then it was a case of a bit of hard labour from the boys.”

Do you know a club that deserves to be recognised for their contribution to the community as well as the game? If so, nominate them via the Lions Origin club of the month form – here

As well as the Club of the Month award, Stew Mel Lions have received lots of Canterbury goodies, including a voucher, balls, kicking tees, water bottles, water carriers as well as notebooks for William and Thomas, who also received new boots.

As for where the idea to recycle old rugby balls came from, Thomas explained that the Graves family had stumbled upon a market stall while on holiday in the summer of 2019.

“We were in France and we came across this market stall and they were selling these pencil cases and wallets made out of old rugby balls and we really liked the idea,” said Thomas.

“When we found an old burst ball we decided to make it into a pencil case but we didn’t know we were going to sell them in mass and then we found more balls we weren’t going to use.

“We then thought we might as well use them for something as otherwise they will go to waste and that’s not good for the environment and then also they could be used for something.

“We kept on selling them, about five a day, and it was amazing. I remember on the first day we had an enquiry from America and it was just amazing that our project can go all over the world.”

William added: “It’s amazing to be the first Canterbury Club of the Month. I was speechless when we found out as I didn’t know we’d get it, so it was special to get the award and the recognition.” 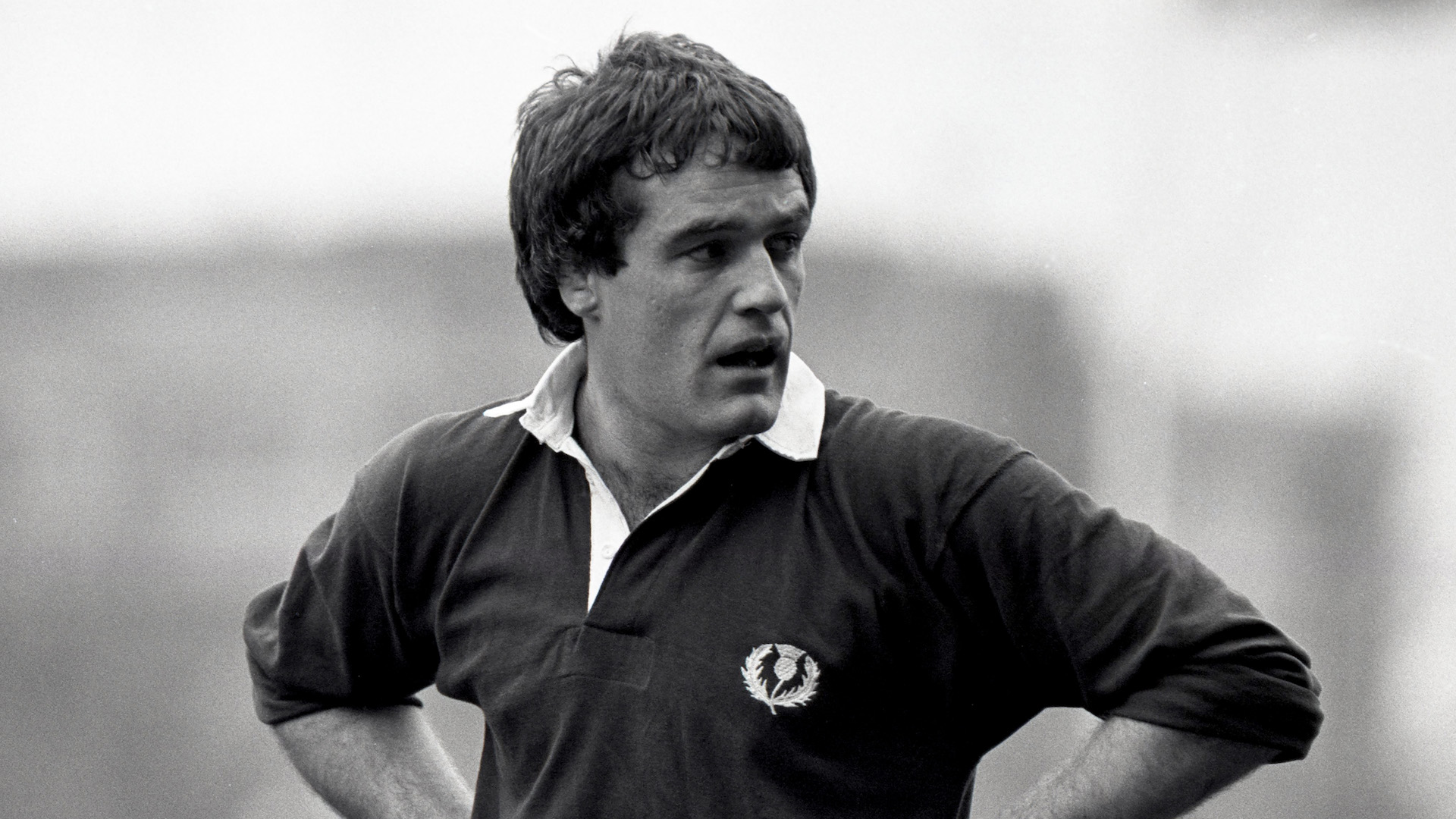 Based in north Edinburgh, Stew Mel Lions is the offspring of Stewart’s Melville RFC and was created by former player and British & Irish Lions tourist Jim Calder.

Jim and his twin brother Finlay, who captained the Lions in 1989, are two of six players who came through Stewart’s Melville before going on to wear the famous red jersey.

Sandy Hinshelwood, John Douglas, Doug Morgan and Doddie Weir are also Stewart’s Melville alumni but the Calder brothers have remained heavily involved in the club to this day.

And Lion #591 Jim Calder, who toured in 1983 to New Zealand, said receiving the Club of the Month award was a memorable moment in the history of the Stew Mel Lions.

“Occasionally something happens in your life and you think, ‘That’s really quite something’, and this is definitely one of those where all the hard work over the years has come together,” he said.

“Although the club is quite well known in Scotland, it’s certainly not known throughout the UK and to win such an award I’m just so pleased for all the parents involved, and all the boys and girls. 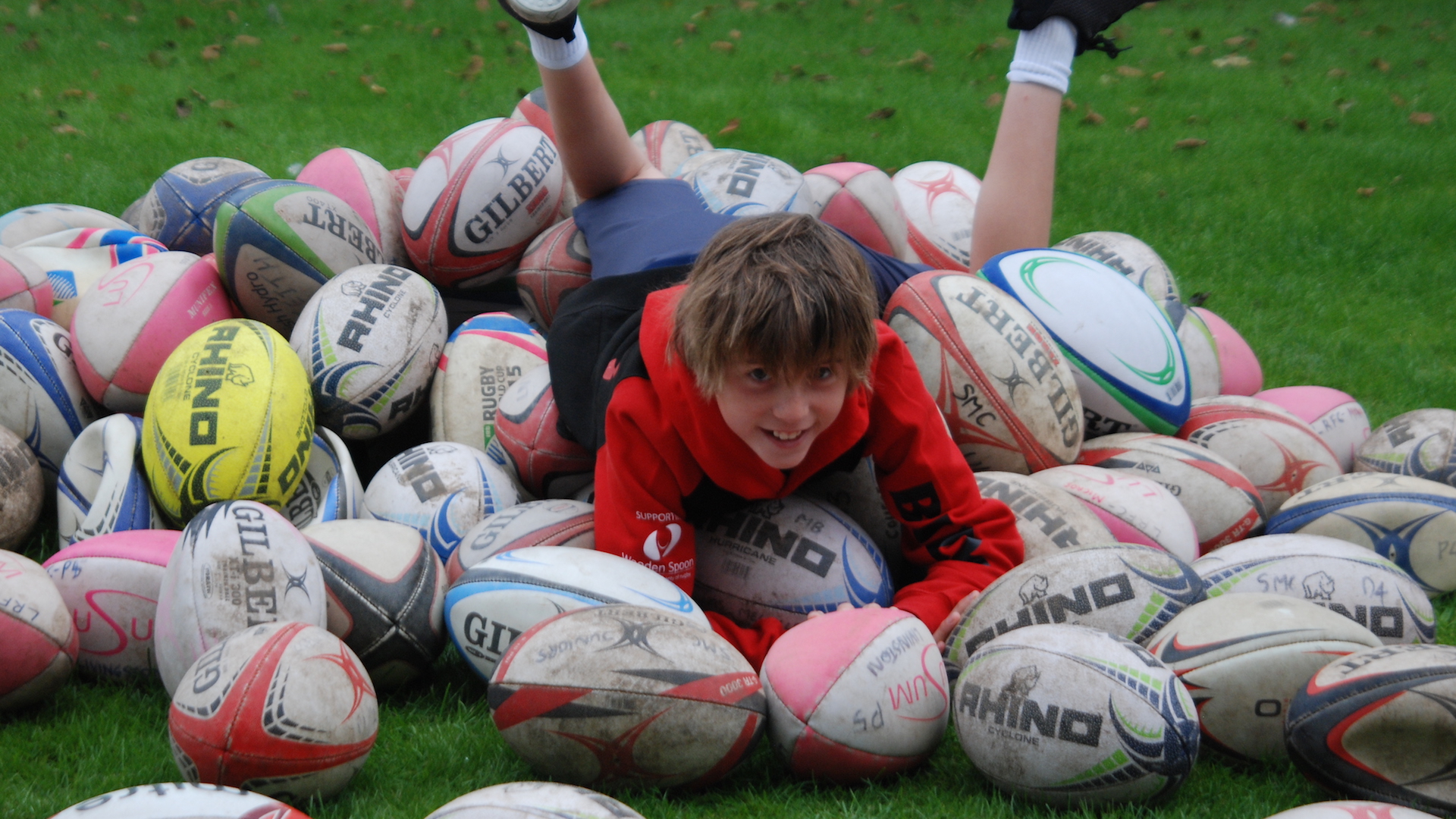 “That will live with them for years to come. To receive the Canterbury Club of the Month award is just superb, especially as my twin brother Finlay and I have been so involved in the club.

“I was more involved in setting up the minis but Fin has been chairman of the club for the last three to four years and he’s almost single-handedly gripped the club and returned it to a stronger place.

“His proudest moment and probably mine too would be everything around the mini rugby club, and the midi club for the slightly older boys and girls, as it’s just such a wonderful thing.

“It’s such an honour and a big thank you from everyone at the club to The British & Irish Lions and Canterbury, who have for a long time been big supporters of rugby full stop.”

Adrian added that having Lions legends such as Jim and Finlay Calder still involved with the club is a privilege and makes receiving the Club of the Month honour all the more special.

“The link with The British & Irish Lions is amazing,” he explained. “To have six Lions is amazing, how many grassroots clubs can say that? This award we’ve got will go on the wall in the clubhouse.

“There is other memorabilia on the wall but this will have pride of place. I know Finlay is bursting with pride at the award and there’s no tougher man than Fin Calder really.

“When he’s bursting with pride at something like this, it shows what it means. Whether all the kids appreciate what we’ve done I don’t know yet but in time they certainly will.

“We as adults really appreciate what this is and the significance is amazing. It will have pride of place and no one will ever forget it, it can’t be taken away from us that we’ve been honoured.”