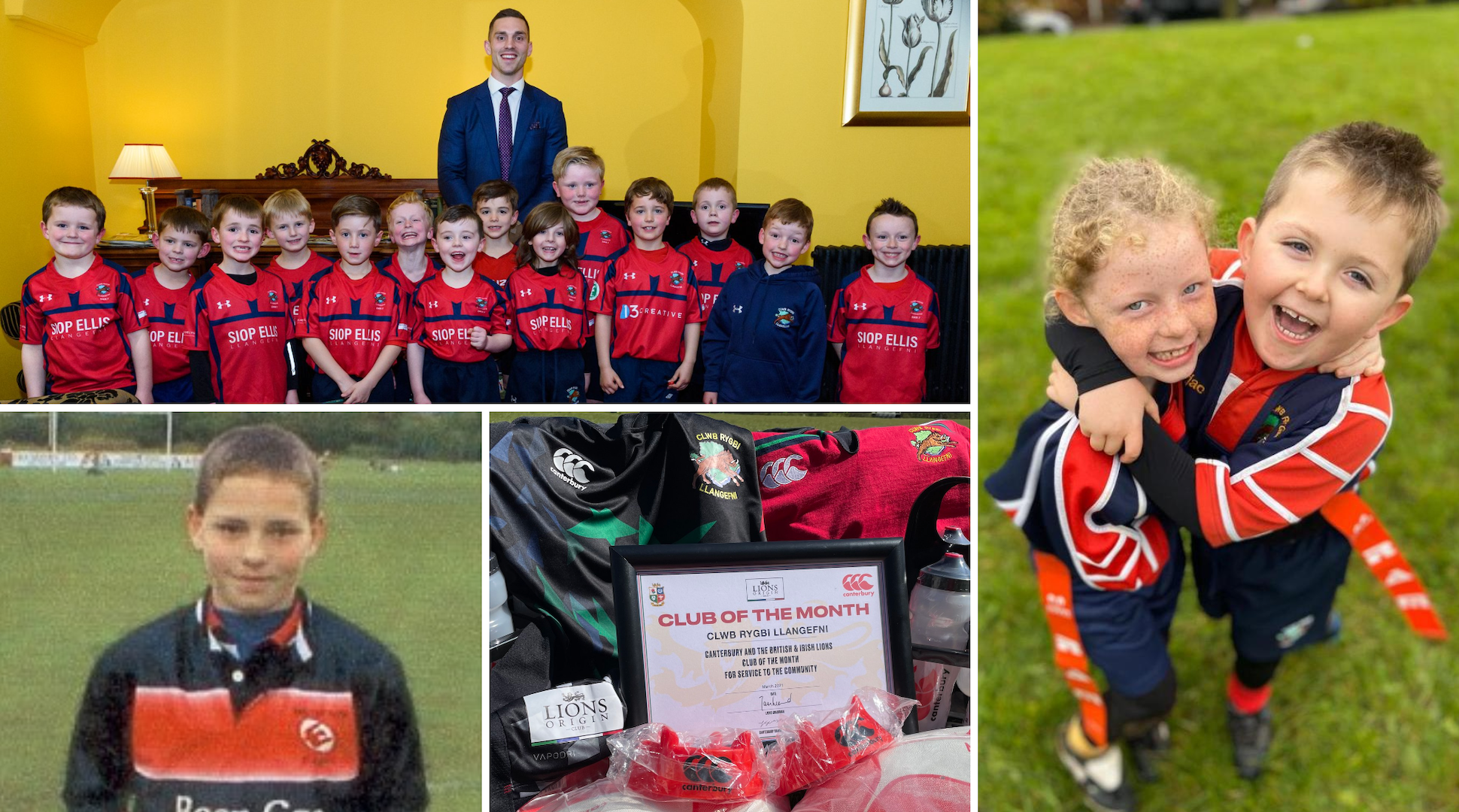 Llangefni Rugby Club are celebrating after being crowned Lions Origin Canterbury Club of the Month for their work keeping members engaged throughout lockdown.

Despite only being formed in 1972, Llangefni have forged a closely-knit community on the island of Anglesey and this came to the fore when the Covid-19 pandemic struck.

The club held regular online training sessions for the minis and juniors to keep them immersed in rugby and help them stay fit when usual club activities were forced to stop last year.

A group of mums from the club have also been busy, participating in Cervical Cancer Prevention Week earlier this year to help raise awareness around importance of smear tests.

And Dan Lamerton, junior section chairman and U9 coach, revealed how much the Canterbury Club of the Month award – which includes a certificate, a training pack including balls, kicking tees, water bottles and bottle carriers, and a £250 Canterbury store voucher – meant to everyone at the club after a challenging year.

“As a club, we’re very excited and honoured to be awarded the Canterbury Club of the Month, especially considering the circumstances surrounding the last 12 months,” he said. 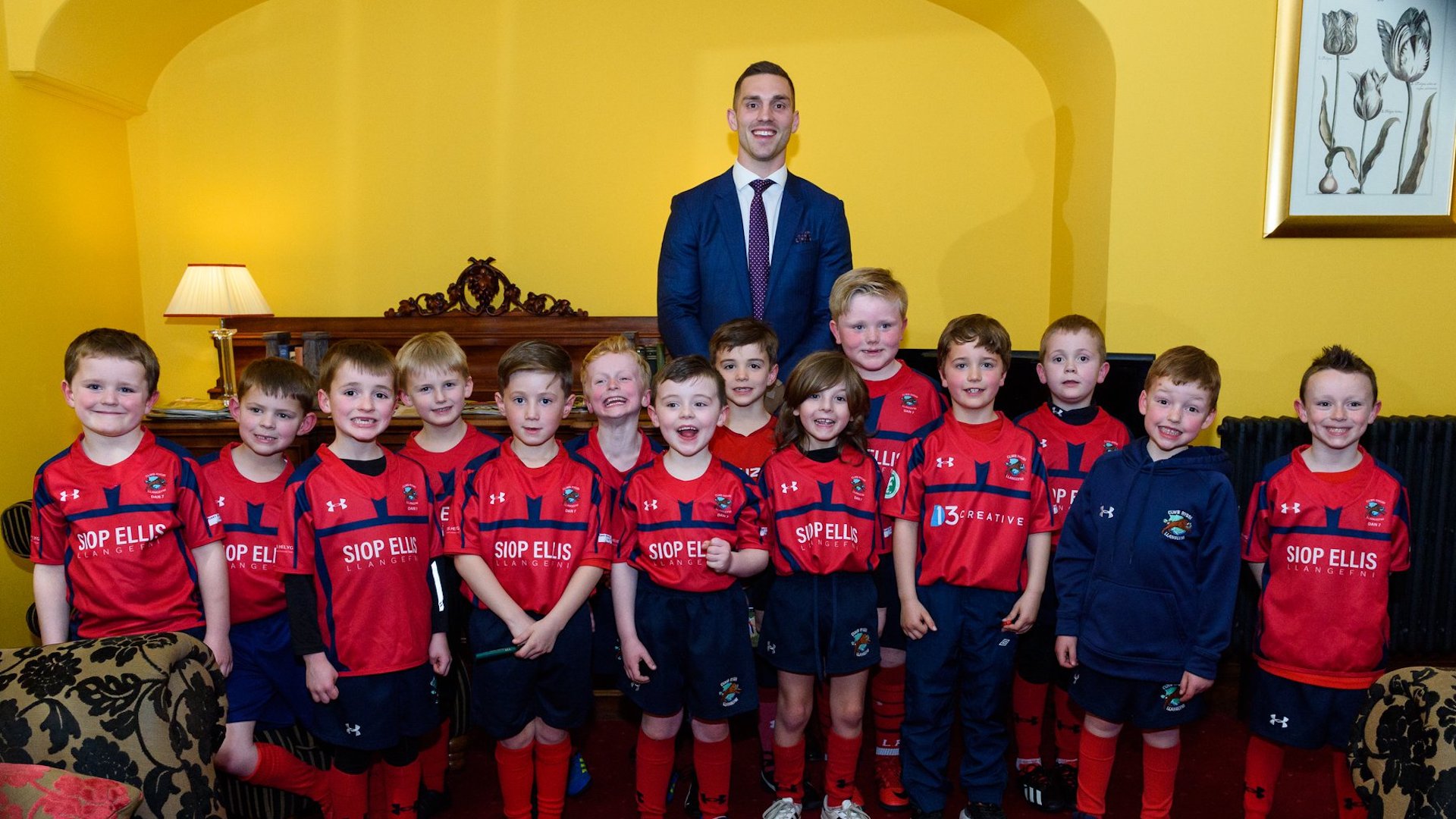 “The last 12 months have been very challenging for the club, we’ve had a number of different lockdowns which have prevented club activities carrying on at the club ground itself.

“We have managed to maintain engagement with our junior section. We have a team of junior leaders who have been working behind the scenes, sharing ideas.

“They have been looking to make sure our young players are still getting to see each other and are getting some lockdown fitness in as well maintaining engagement with the club.

“We’ve all become a lot more familiar with using remote meetings and it’s something the junior coaches have been using to run skills and fitness sessions for our squads.

“I think the players have been very much looking forward to catching up with their teammates, seeing each other remotely but also getting some activity in, structured exercise.

“It’s kept everybody going during lockdown and some of the squads have encouraged siblings and parents to get involved in the sessions so the wider rugby family is benefitting.

“There’s a huge sense of rugby family at Llangefni. We have a fantastic group of volunteers involved in the club and it’s all their amazing work that has helped the club develop.

“The camaraderie between the coaches and the connection between the club and the players and the parents has been fantastic. The whole club has really pulled together.

“As the junior section chairman, I’m incredibly proud of what the junior leaders have achieved over the last 12 months. The club really is at the heart of the Anglesey community.”

But it’s not just the club’s younger members who have been keeping busy during lockdown, with the parents also getting involved with a number of different initiatives during the pandemic. 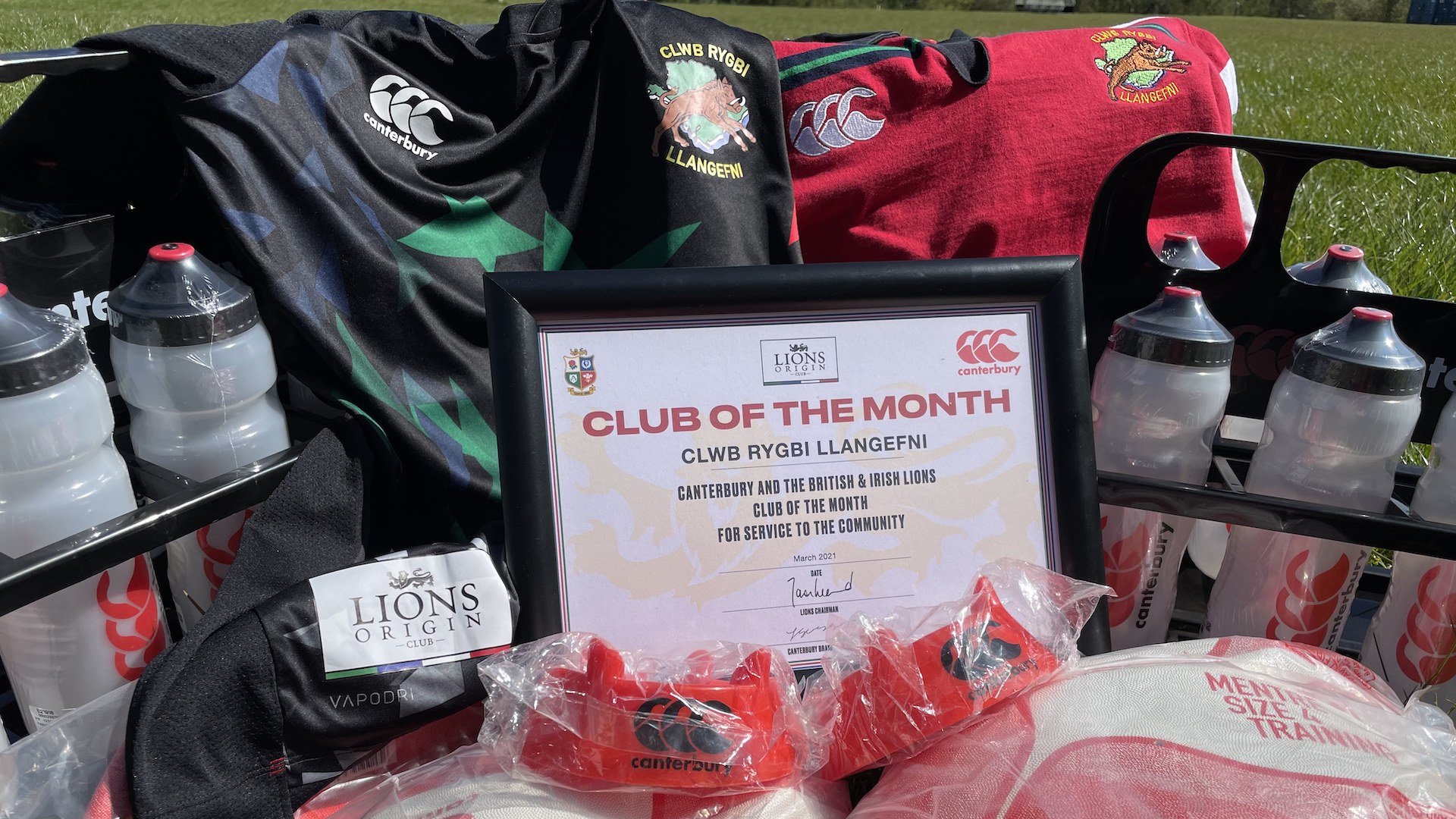 Mum Heather Roberts was one of the driving forces behind the club’s involvement in the Smear for Smear campaign to raise awareness for Cervical Cancer Prevention Week.

“In January just gone this year, the club took part in the Smear for Smear campaign, which is something I hold quite close to my heart,” said Roberts, whose son plays for the U8s.

“I just thought it was really important for us to raise the profile about women’s health as well. There is taboo about topics like this, and people don’t like to talk about them.

“So we created a little post and we’re getting the message out there that it is really important that women make the time to have their smear test.

“If we’ve prompted one lady to go and have hers done, then it’s one more person that may not have gone. What’s really special about our club is that we’re one big family.

“We’re a huge part of the community, nobody is turned away, everybody is welcome.” 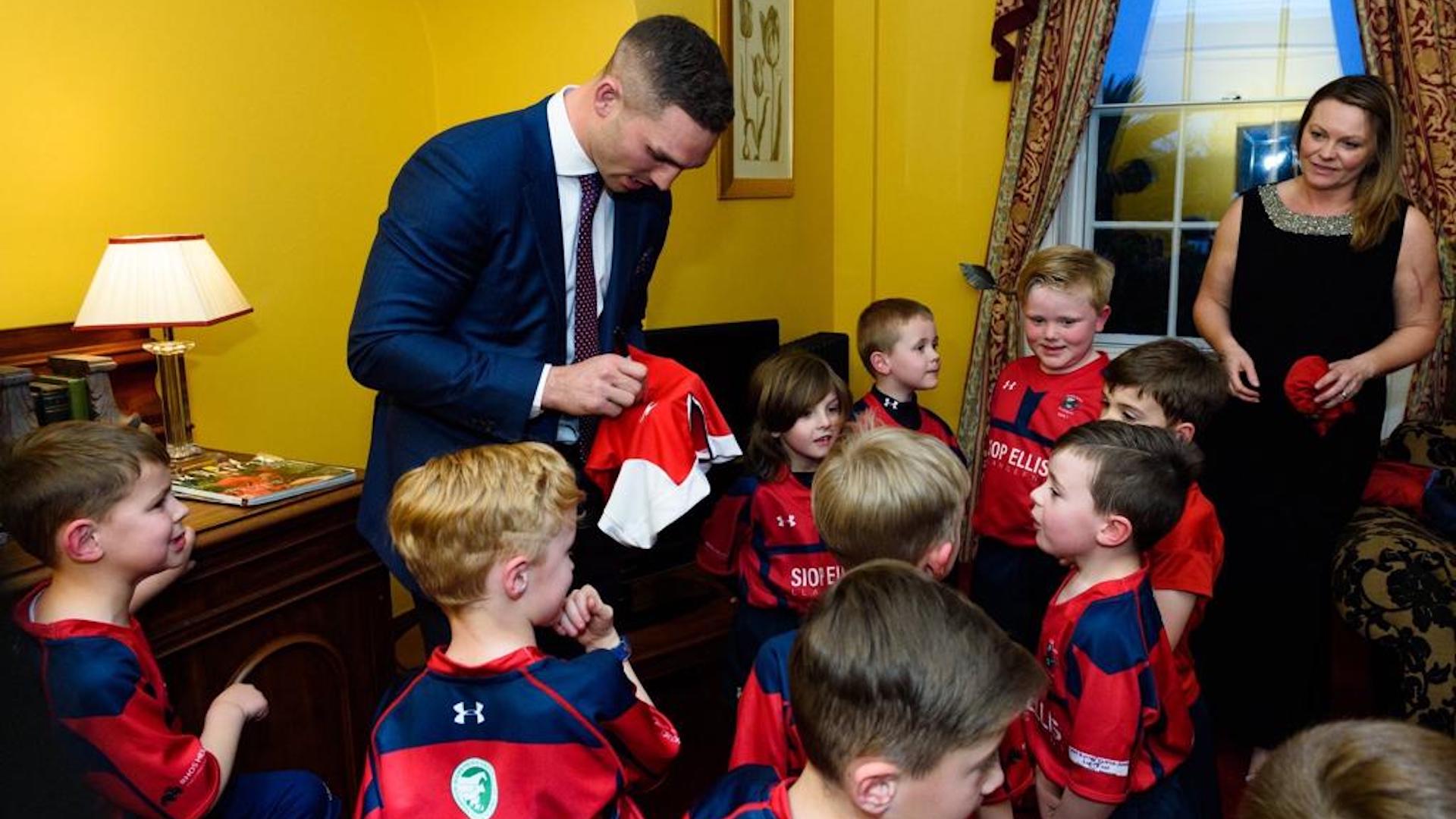 Llangefni is home to two-time British & Irish Lions tourist and Wales international George North, who started his rugby career at the club before going on to wear the famous red jersey.

Former club chairman Iori Hughes was North’s first rugby coach and said watching his achievements has been a great source of pride for everyone at Llangefni.

“To see George playing for Wales, going on to play for the Lions, going on to win 100 caps and scoring 40-odd tries, everybody on the island of Anglesey is extremely proud of him,” he said.

“We’re celebrating 50 years, next year. We’re quite a young club, compared to the others in Wales, so [winning this award is] a proud moment for the club and a huge honour.

“The club is special for the people of Anglesey because the junior rugby that’s being played, we’ve got hundreds of kids who have gone through the club, who are now members.

“They are now bringing their own kids into the club.”

North toured in 2013 and 2017, winning three Test caps and earning a place in Lions folklore with his now iconic try in the opening match of the series win against Australia.

But for all of his success at international level, which includes winning this year’s Six Nations with Wales, North still treasures the days he spent learning his trade at Llangefni. 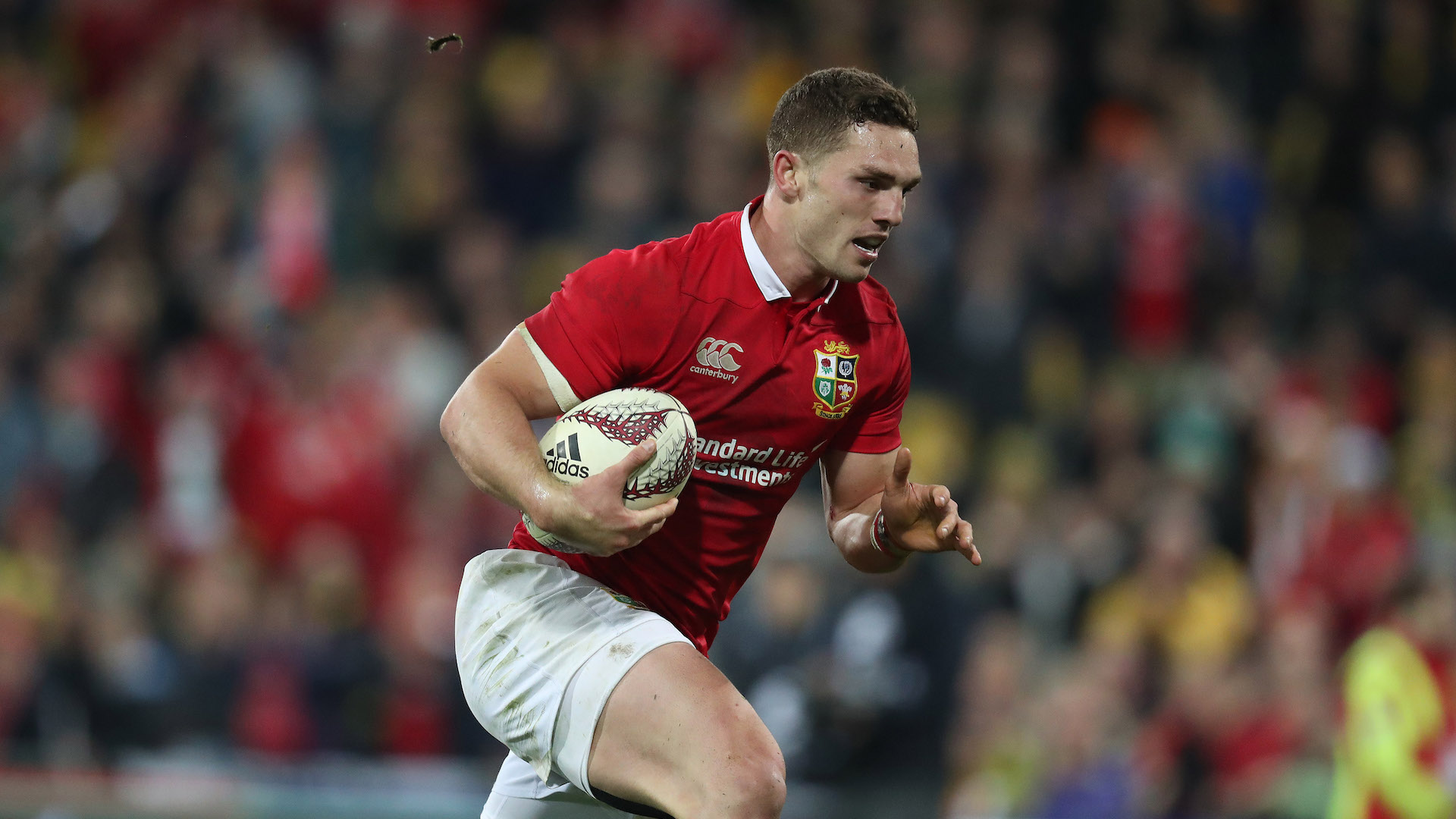 “It started off with my brother going to Llangefni, coming back saying how good it was, it was so much fun, and like any typical jealous brother, I wanted to have a go myself,” he said.

“The support, the friendships, the qualities it instils in you, those qualities have been with me since day one and have shaped me to where I am today really.

“Most of my fondest memories playing rugby is at the club. We didn’t always have a full team to play, but we would train hard in any weather, we would enjoy rugby.

“We enjoyed working hard together, working on every part of your game, but at the same time those qualities of sportsmanship, the willing to win, the desire, those qualities were always there.

“For a young boy that wanted to play rugby, that support has always been there, and still is. So much so that they’ve been there every step of the way for me, which is great.”

He added: “A huge, huge congratulations to Llangefni Rugby Club for winning the Canterbury Club of the Month award, for your great work in the community and for raising some awareness for some great charities, that’s awesome news.”