Two legendary British & Irish Lions, Bill Beaumont and Lawrence Dallaglio, have been honoured by The Queen for services to rugby and charity in her Birthday Honours list. [more] 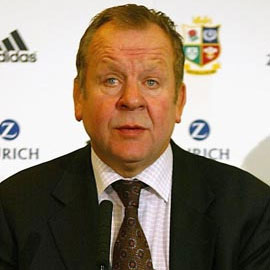 Two legendary British & Irish Lions, Bill Beaumont and Lawrence Dallaglio, have been honoured by The Queen for services to rugby and charity in her Birthday Honours list.

Beaumont, vice-chairman of the IRB and the captain of the 1980 Lions tour party to South Africa, has been awarded CBE . He was made OBE on his retirement as a player in 1982.
Beaumont played 20 for the Lions on two tours and figured in three Tests in New Zealand in 1977 before leading the Lions in all four Tests against the Springboks three years later. He returned to New Zealand in 2005 as the Lions Tour Manager.
Beaumont is honorary president of rugby charity Wooden Spoon and is also involved with SPARKS, the Lord Taverners and the United Nations Food Programme.
“I am honoured and delighted. I was fortunate enough to receive an OBE for playing the game in 1982, and now 26 years later to get this award for other things which I have managed to achieve makes you feel very humble,” said the 56-year-old Beaumont.
Three tour Lion Dallaglio is also ‘upgraded’, having received an MBE after England’s Rugby World Cup victory in 2003. He is made OBE following his retirement from rugby and in recognition of his work for charity.
In nearly two decades at London Wasps he won five league titles and two Heineken Cups. Dallaglio won 85 England caps and played in all three Tests on the 1997 Lions tour to South Africa..