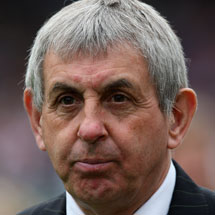 Ibanez replaces the now-retired Lawrence Dallaglio as skipper of the reigning Guinness Premiership champions and McGeechan is certain he has made the right decision.

"Raf is one of the nicest, most committed rugby players I have ever come across, a very genuine person who I would definitely call a friend as well as a colleague,” said McGeechan, who will hope for a season of domestic and European glory with his club side before a summer of international success with the Lions in South Africa.

“He has been an immense captain for France throughout his international career and one of the great players among the Wasps squad throughout the last three seasons. The decision to appoint him as club captain was an easy one – what Raf has achieved, his character and the way he operates is first class and there is no more deserved a man for the job.”

McGeechan admits that Ibanez will face a tough job in replicating the achievements of former Wasps, England and Lions legend Dallaglio but the Scotsman believes his new leader has the character and personality to perform the role with equal success.

"With the departure of Lawrence Dallaglio, there are of course some big boots to fill but Raf is one of the most highly regarded players in the professional game who so easily commands the respect of all those around him. The squad is delighted by the news of his captaincy and I am confident as we look ahead to next season with him at the helm.

"On a personal note I would also like to thank Raf for what he has brought to the game as a person and a player. People like him, are the reasons why we coach – you get so much back and they give you that special feeling that it’s good to be a coach. He was actually my first ever signing for Wasps and he has proved himself to be a tremendous asset to the team since his arrival in 2005 and I know that he will continue to deliver as he takes the team into their next chapter in the history books."

The former captain of France, and the worlds most capped international hooker with 98 appearances for Les Blues, arrived at Wasps in 2005 and has since helped them to honours in the Powergen Cup in 2006, Heineken Cup in 2007 and Guinness Premiership last May.

With three Rugby World Cups behind him (two of which were as captain), and four Six Nations winners’ medals including two Grand Slams, Ibanez called time on his international career following the 2007 World Cup in his home country but the 35-year-old reaffirmed his commitment to Wasps last season, extending his contract to remain with the club until the close of 2008/09.