Former Lion Geordan Murphy is planning to retire from the end of the season. [more] 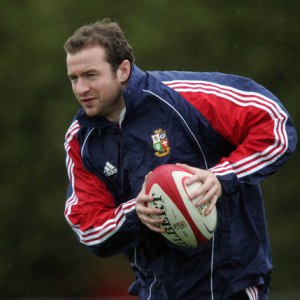 Former Lion Geordan Murphy is planning to retire from the end of the season.

The veteran Leicester Tigers and Ireland full-back, who has spent the last 16 years at Welford Road, has been mulling over the decision for several months.

But he is out of contract at the end of the season and will finally hang up his boots, having retired from international rugby in May.

"It's planned to be my last contracted year," said Murphy.

"If I feel I can continue playing then I will be baying Cockers [Tigers director of rugby Richard Cockerill] for another contract, but if it's time to go then it's time to go."

Murphy made his Tigers against Rotherham in 1997 and has enjoyed a illustreous career at Welford Road playing in four Heineken Cup finals and seven Premiership finals.

"I love it a lot and would contemplate staying on, but I don't know what shape my body will be at the end of the season," added the 72-cap Ireland centre.

"I'm hopefully going to sign off with some silverware.

"Things went fantastically well in my first three years, but I didn't ever expect to play for the first team.

"I was offered another three-year contract and went on to win European trophies and lots of other silverware. At the end of that, I felt very loyal to the club and sort of made it my home away from home."