Tipuric tipped to be a Lion

Justin Tipuric has been tipped to star for the Lions next summer. [more] 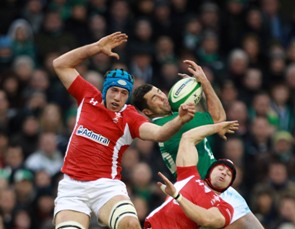 Justin Tipuric has been tipped to star for the Lions next summer.

The 23-year-old openside is currently second choice for Wales behind skipper Sam Warburton but could yet force his way into the squad that heads Down Under in 2013.

Tipuric has shown glimpse of his class in his six Welsh caps to date and Ospreys coach Steve Tandy is convinced his man can make an impression for Britain and Ireland’s elite.

“Without a doubt,” was Tandy’s response when asked if Tipuric was a Lions contender.

“He has a real challenge on his hands with Sam Warburton, which is great for Wales to have two open-sides of that calibre.

“But I just think Tips has got a bit of X-factor to him, especially with the ball in his hands. He can make things happen.

“He could play in the backs for you. And he does get crucial turnovers when you need them.

“So he’d be an asset to any team, whether that be the Ospreys or the Lions.”

Tipuric started last Saturday’s defeat to Ulster after missing the opening day loss in Treviso because of his role on his country’s tour of Australia.

And even though the PRO12 Champions were on the wrong end of a 16-13 scoreline on home soil, Tandy was impressed with the youngster’s impact.

“It was great to have him back. He really stepped up to the plate, especially defensively,” added Tandy.

“So you have the defensive element, where he turns a lot of ball over, and he could also play at 12 or 13 and not look out of place.”