Chris Ashton has been recalled to the England side for Saturday's Twickenham Test against Australia with head coach Stuart Lancaster hoping he can provide the X Factor to see off the Wallabies. [more] 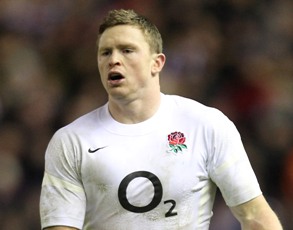 Chris Ashton has been recalled to the England side for Saturday’s Twickenham Test against Australia with head coach Stuart Lancaster hoping he can provide the X Factor to see off the Wallabies.

The star wing, who moved from Northampton to Saracens in the summer, missed Saturday’s thumping of Fiji through suspension.

Monye makes way for Ashton’s return in the only change to the starting XV, with Sharples switching from the right wing to the left for the clash with the Wallabies.

“It’s tough on Ugo but we thought Charlie was excellent at the weekend and Chris’ got a proven track record with us,” said England head coach Stuart Lancaster.

“Chris’ trained extremely well and I know he was frustrated to miss the Fiji game. He recognized that three yellow cards before the end of October wasn’t good enough. He’s done some work on his tackle technique and I’m sure he can fix that up.

“He finds spaces others don’t. His support play is pretty unique, he’s always on the end of things and he loves scoring tries. To wing games at the highest level you need try scorers and he’s definitely one of those.

“It’s largely an unchanged side. We felt there were lots of positives to draw on from last week’s performance and we wanted to give the same group of players an opportunity to improve on that performance against what will be a tough Australian side.”