Andy Robinson says Scotland need to have more players performing at their very best if they are to climb the world rankings following his resignation. [more] 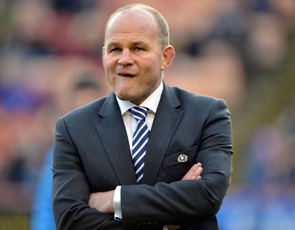 Andy Robinson says Scotland need to have more players performing at their very best if they are to climb the world rankings following his resignation.

Robinson stood down as Scotland boss after Saturday’s shock defeat to Tonga saw his side slip to an all-time low of 12th in the IRB rankings.

The 2001 Lions assistant coach believes his successor will have a strong squad to work with but he insists they will not succeed unless they learn to perform under pressure on a more regular basis.

“You can’t get away with that at international level. For Scotland to win, we need 12 or 13 players playing close to their best in every Test match.

“The key issue in Test rugby is that that level of the game puts real pressure on players, and to be able to deal with that you have to be able to demonstrate a high degree of skill, and execute them under pressure.

“I’m talking about every aspect of the game, from handling to tackling, kicking to running, scrums, lineouts, breakdown skills…right across the board your skills are severely tested by opponents in Test rugby. That is where we have leaked points. You have to be technically accurate, technically smart and those skills have to be able to stand up to pressure.

“I have spoken to the players and they are good guys, and they know what they have to do. All players have to work hard at their skills all the time.

“There is undoubtedly the talent there in Scotland to take the national side back up, but everybody in the game has to work to improve, right across Scotland, and everybody has to recognise that while Scotland are improving, every other country is working hard and improving too. You can’t stand still.”

Robinson made his decision to walk away from the role after experiencing déjà vu this autumn.

The trend of losing games they could easily have won during both the World Cup and Six Nations seemed to have been bucked by a successful summer tour but those frailties returned this month as Scotland were beaten in all three of their fixtures.

“What you saw in those three games were issues that we have seen crop up in key games over the past year or so, in the World Cup and the Six Nations, where we have been competitive but not been able to put the nails in the coffins,” added Robinson.

“Ultimately, as a head coach, you have to be guided by how your team is playing, and we were not playing as I wanted us to, or the way I wanted us to. And what is important for me is that you are accountable and people are prepared to stand up and be counted.

“I have a lot of respect for the players and for Scottish rugby and so when you see performances as we’ve seen recently, you’ve tried to change things and improve it, and it hasn’t happened, then it is right that someone else comes in and is given the chance to do it their way to try to get the best out of the players.

“I do not have any problem with that. It is the right time to change and for me to move on.”