Tom Croft is on the verge on finally returning to action as he seeks selection for a second successive Lions tour. [more] 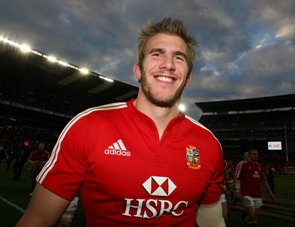 Tom Croft is on the verge on finally returning to action as he seeks selection for a second successive Lions tour.

The Leicester and England flanker hasn’t featured for club or country since late April after he had surgery on his neck.

Croft saw last season come to a premature end when he was stretchered off following a mistimed tackle on Nick Easter during Leicester’s win over Harlequins at The Stoop in the closing weeks of the campaign.

He missed the remainder of the Tigers’ Aviva Premiership challenge and England’s summer tour of South Africa and has so far sat out 10 league games and four Heineken Cup fixtures this term, as well as all four autumn internationals.

But his lengthy spell on the sidelines could now end as early as Leicester’s home tie with Gloucester a week on Saturday despite initial diagnosis suggesting he would be out of action until mid-January at the earliest.

"Tom is probably a week away and that is good news for us," Leicester director of rugby Richard Cockerill told the Leicester Mercury.

"It will be a slow integration and we will have to look after him.

"He hasn't played for eight months and we are conscious of that."

Croft was one of the standout performers on the 2009 Lions tour, scoring a brace of tries on his Test debut against the Springboks in Durban.

He initially missed out on selection for Sir Ian McGeechan’s squad but received a pre-tour call up after Munster’s Alan Quinlan was banned for making contact with the eye area of Leo Cullen during his team’s European semi-final defeat to Leinster.