From Clubs to Lions: Whitland RFC

Victory on a British & Irish Lions tour, alongside some memorable performances in the red of Wales, has seen Mike Phillips follow in the footsteps of legendary compatriots like JPR Williams and Phil Bennett - and it is a legacy he may have been destined to join since his junior days at Whitland RFC. [more] 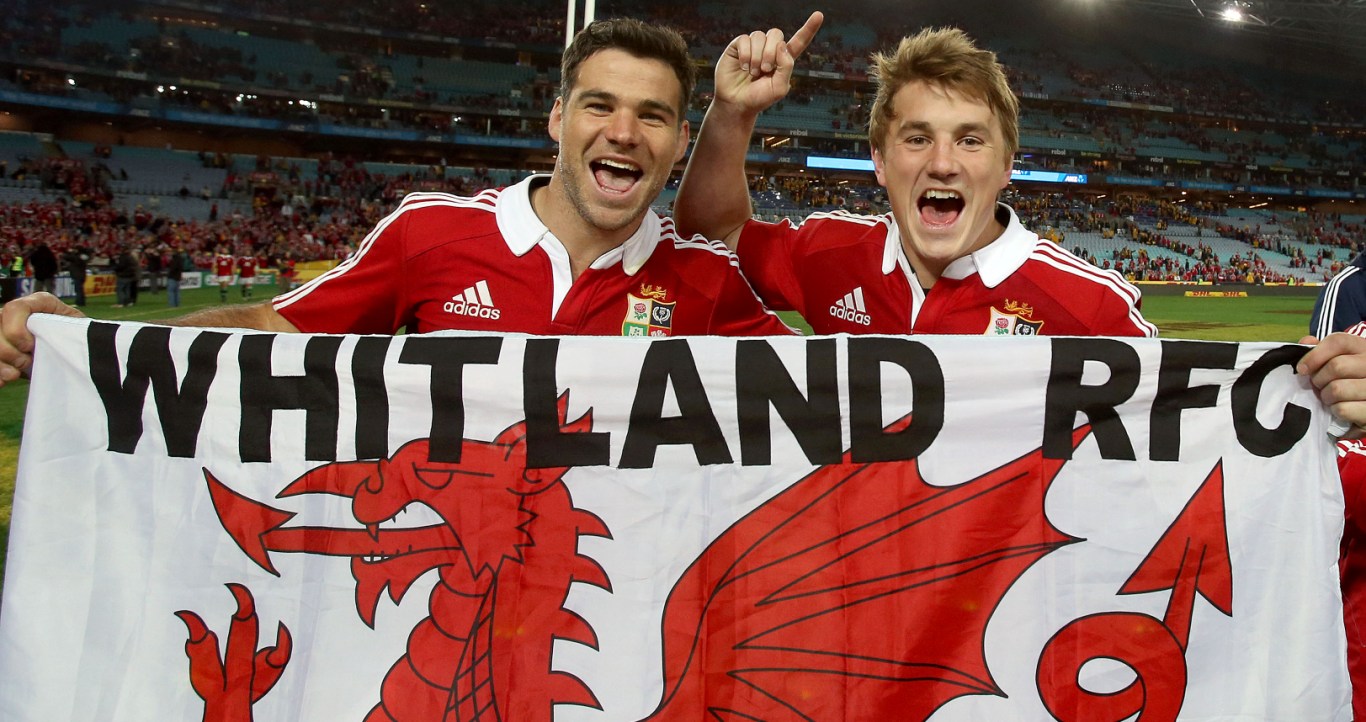 Victory on a British & Irish Lions tour, alongside some memorable performances in the red of Wales, has seen Mike Phillips follow in the footsteps of legendary compatriots like JPR Williams and Phil Bennett – and it is a legacy he may have been destined to join since his junior days at Whitland RFC.

The Welsh scrum-half started all three tests against South Africa in 2009, scoring a try as the Lions threatened a stunning comeback in the opening match of the series before going on to narrowly miss out on repeating the feat of messrs Williams and Bennett from 1974, losing the series 2-1.

Four years later and Phillips featured twice against Australia, including starting the historic third Test as Warren Gatland’s men romped past the Wallabies to secure a first tour victory since 1997.

But despite his starring roles on the international stage, Phillips has certainly not forgotten his roots at Whitland RFC, the place where his rugby journey began.

And thanks to then-club secretary Brian Cook, the flanker-turned-scrum-half was soon playing for invitational side Crawshays – the same outfit that once featured the aforementioned Welsh stalwarts.

“Mike started playing at Whitland from about seven or eight years old, and it was clear even as a youngster that he was very talented,” said Cook, who is now president at the Welsh club.

“He never received any youth or school caps though, but he had impressed a lot and was a special player, so I got him involved with Crawshays.

“He came on as a half-time replacement in his first game, and after the match people were coming up and asking, ‘where has this boy been?’

“That is where he really cut his teeth and made an impression – but he had been impressing at Whitland for a while and showing that he was a class above.

“His brother Rob was a scrum-half as well, and Mike has always been a very physical and dynamic half-back, which he obviously showed in a Lions shirt.”

Whitland has itself spawned more than one representative in the iconic red jersey of the Lions, with 2013 hero Jonathan Davies also learning his trade at the South Wales club.

Jonathan’s younger brother James and Wales centre Scott Williams have also impressed for the Borderers, where Phillips is still a regular – and friendly – face according to Cook.

“Mike is a lovely guy away from the field, he’s very sociable and friendly and he will always stop by to say hello when he is home,” the 82-year-old added.

“I remember once being at the club about 10pm at night and he was driving past and saw the lights on in the clubhouse, so he just stopped in to see how everything was going.

“He was also a very good cricketer in his day. He was man-of-the-match for Whitland in a youth final once – a very good all-rounder, he could bowl very quickly.

“It’s always great to see him back, and he is brilliant with the kids – they all look up to him for obvious reasons.

“We were all absolutely delighted to see him playing for the Lions. It was a very proud moment for everyone at the club, and then to see him playing alongside Jonathan in 2013 made it even better – we are clearly doing something right!”