Reaction to an emotional night at Twickenham

British & Irish Lion Brad Barritt admitted England had to dig deep to get the result they wanted against a flamboyant Fiji on an emotional night for the Rugby World Cup hosts. [more] 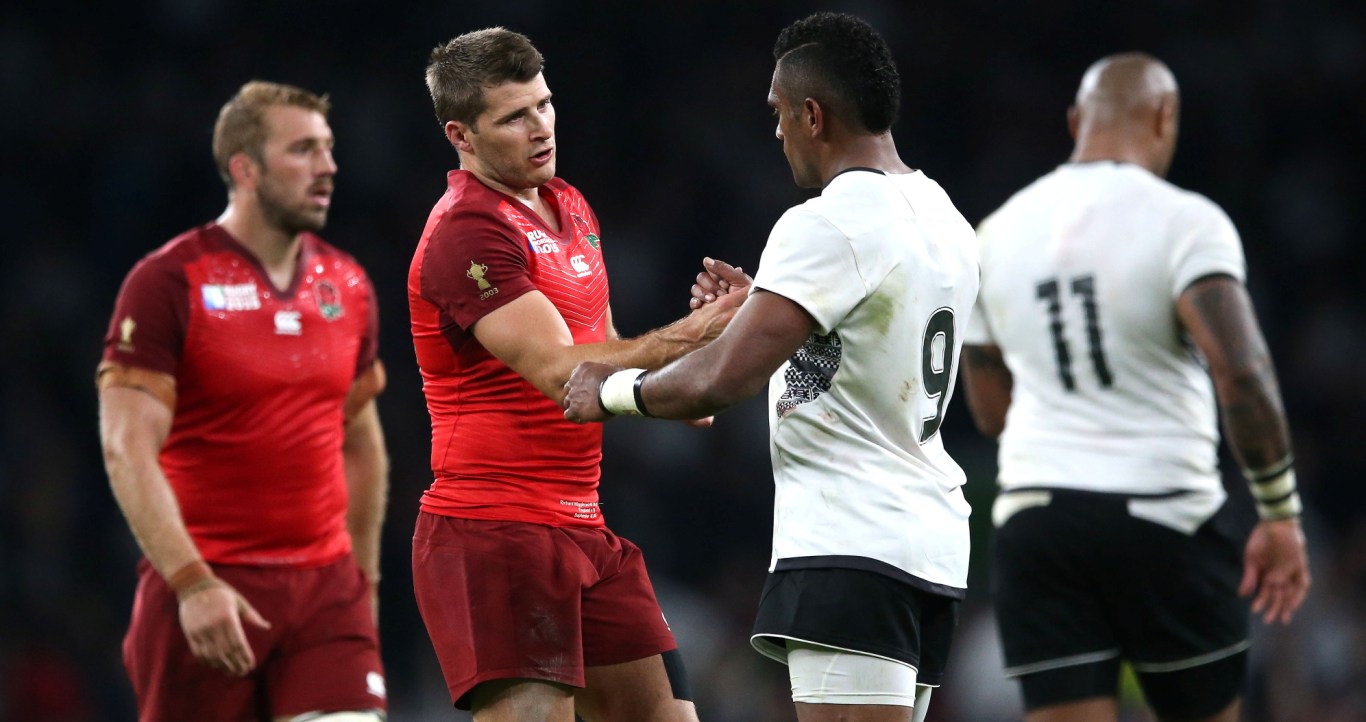 British & Irish Lion Brad Barritt admitted England had to dig deep to get the result they wanted against a flamboyant Fiji on an emotional night for the Rugby World Cup hosts.

Barritt won his 24th cap at Twickenham on Friday night as Billy Vunipola’s last-gasp score secured a 35-11 victory and a four-try bonus point.

A penalty try and two Mike Brown scores had established England’s lead although Fiji remained in contention throughout, Nemani Nadolo scoring their only try of the night.

Had the Pacific Islanders not missed kicks at goal it could have been closer still and Barritt admits after an inspirational opening ceremony, the host nation knew they would need to produce their best.

“We knew this Fiji team were a quality side and that it could take 80 minutes to break them down,” said Barritt, a 2013 tourist with the Lions.

“There was a lot of emotion going into this game, a home World Cup in front of 80,000 people was a special moment. One thing we didn’t expect was the weather but still wanted to go out there and express ourselves and have our game.

“The atmosphere walking out was pretty exceptional, something I will remember for a long time. There has been so much build-up so it’s nice to get this out of the way.”